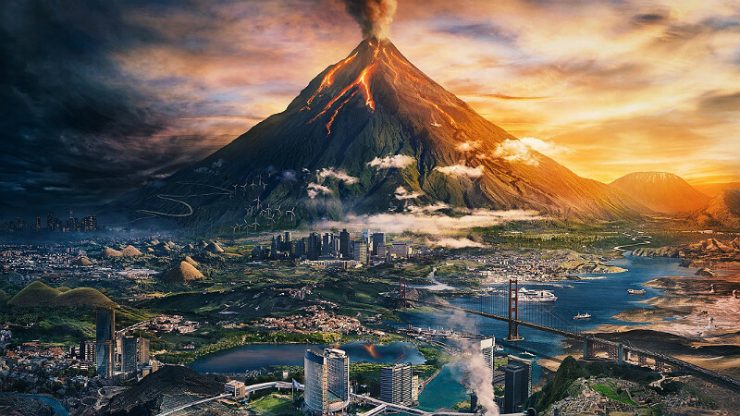 A few civs are particularly good at scientific victories:

Arabia – Plays like a cross between a religious and scientific civ, with good medieval-era warfare. Arabia has one of the game’s strongest science outputs though you’ll need a decent religion to really make full use of it.

Australia – Their Campuses get extra science in high-appeal tiles. Tiles adjacent to mountains tend to have high appeal, so you can get particularly good science yields. Later in the game, you can use their Digger unique unit to help liberate cities off other civs. Doing so will give you +100% production for 20 turns, which will make building space race projects very fast.

Brazil – Brazil gets twice as much science from rainforest adjacency while Pedro’s leader ability helps you get more Great Scientists and Engineers. They’re a bit weaker at scientific victory than the others on this list, but are very good at pushing for other victory routes as well.

China – All eurekas are worth 60% instead of 50% of a technology. If you get every eureka, this is basically a 20% science boost. Even if you miss a few, it’s still a very respectable bonus.

Germany – Although Germany has no direct bonuses to science accumulation, their very high production combined with their increased district limit makes them good at picking up eurekas and building space race projects.

Macedon – If you want a change of pace, Macedon can offer you a very war-heavy path to scientific victory. Taking cities gives you eurekas, while training units provides you with bonus science via Macedon’s unique building. The science gain isn’t as good as using the Campus project, but seeing as training units is something every civ has to do anyway, it’s still useful.

Sumeria – Putting aside the fact an early rush helps with any victory route, Sumeria has a unique improvement that directly offers science. Spain’s unique improvement can offer even more science, but it doesn’t arrive until the renaissance era and doesn’t achieve its full yield until the atomic era.

GTAmes
Civ 6 Debug Menu: How to use and Console Commands