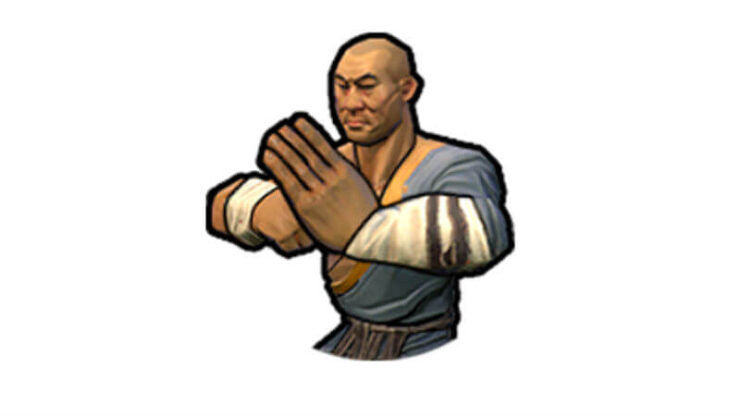 “Warrior monks?” I can imagine some of you asking. “Why should I waste my follower belief on some underpowered meme ability?” I am here to tell you that you should be getting this powerful meme ability. Warrior monks can win you the game, or at least provide a sizable early-game advantage, if you plan things well.

Let’s review the warrior monk unit to start, shall we? The warrior monk is a combat unit with 35 strength and 3 movement, and it costs 200 faith on standard speed. This cost never increases. Already, we have a unit as powerful as a swordsman and the mobility of a recon unit, which comes into play only a little after the swordsman. This is okay on its own, but the true power of the warrior monks lie in their promotions. The first tier of promotions provide either a 2x flanking bonus or the ability to remain hidden to the enemy unless they have a unit adjacent. These are nice to have, especially the latter; the ability to be immune to many ranged attacks is quite a useful one, wouldn’t you say?

The second promotion you’ll get is one that grants +10 combat strength to the monk in all situations. This makes them stronger than a pikeman and a little under a knight. If you can get this promotion quickly, then you can absolutely decimate the enemy’s swordsmen/horsemen. The second tier also has an ability that spreads your religion when you defeat an enemy unit, which is nice to have, but you’ll most likely pass it over in favor of combat abilities.

The third tier contains the ability to attack twice in a turn or grants it +1 movement. These lead to the final promotion, which grants another +15 strength in all situations. Once you’ve achieved this tier, your monk will be an absolute monster in combat; more powerful than musketmen, extremely mobile, and other utility abilities that will make them the envy of warmongers everywhere.

And then you gain the ability to form corps and armies.

So, how can this power be yours? First, choose a civ with a good faith economy. Arabia is a good choice, as Saladin’s LA lets you get the faith flowing fast and early, but Indonesia or Mali are also good choices. Next, absolutely rush the religion with all your might (assuming single player). The AI loves choosing Warrior Monks as their follower belief, so you will really need to beat them to it. Be sure not to neglect culture, as temples are unlocked with Theology and you need them to buy the monks. The sooner you can get temples up, the more impactful this will be. Be sure to pick up Moksha; his Patron Saint promotion will grant an extra promotion to warrior monks when they earn their first one. This means that you can get to the crucial combat-boosting promotion much earlier. To go on the offensive, get four or five monks, a few crossbows, and a battering ram. Once you get your faith economy going, you can pick a new monk up every five turns or so, and it only gets better with time. Finally, there’s a proposal in the world congress that possibly lets you get a 50% discount when purchasing military units with faith. You must get this passed. 100 faith for a warrior monk means that you can absolutely flood the field. Theocracy means that you can get them as low as 85 faith per monk. It could also be a good strategy to attack a few city-states just to gain experience on your monks before you attack other civs.

NOTE: Warrior monks are powerful, cheap, and can win games.

GTAmes
Here’s how to get the Game Seed – Civ VI