The Asari aren’t actually as they are depicted 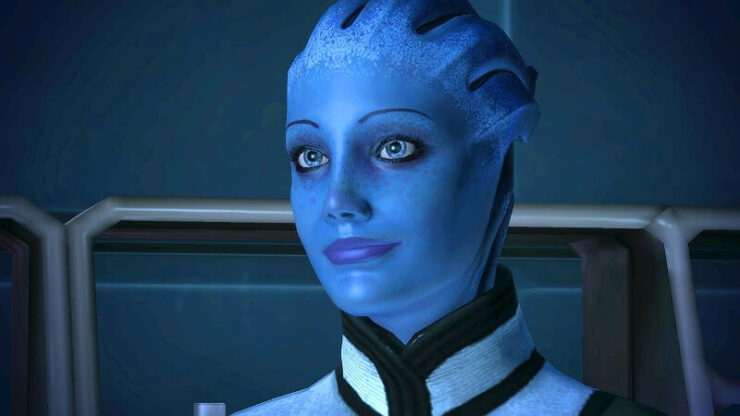 The Asari are the famous blue race of aliens which inhabit Thesia in the Mass Effect series. The species is famous for looking extremely human-like, even having a similar eye type to humans.

How could two species from two different parts of the Galaxy come to look so similar to one another?

The Answer: The Asari aren’t as they are depicted in the game.

The Asari are famous for their ability to play with the minds of other species. This is depicted multiple times with the line “Embrace Eternity”.

At this time their eyes would turn a deep black and they would reach into the minds of others to manipulate or fuse memories with them.

In this scene Shepard is on Omega looking for Morinth. The rouge daughter of one of your companions. As she tries to seduce you her eyes turn pure black and her skin lightens by a few shades of color. My theory is the Asari reveal a small aspect of their true form as they manipulate the minds of other species?

Why? Because just as they touch upon your thoughts you are also coming into contact with the surface of theirs, this reveals a small aspect of who they really are.

2) This easter egg from mass effect 2:

In Mass Effect 2 you travel to an Asari colony called Illium. On this planet there is a bar which you can go into to find missions and so on. One aspect of this bar is a notable easter egg.

In this scene you see a group of friends (A Salarian, a Human and a Turian) all enjoying the dance of an Asari. They are throwing a Bachelor party for the Salarian.

The characters begin to question whether the Asari may be manipulating them at a telepathic level to keep them enticed. The Salarian even says “My people don’t have sex drives the way you humans do”.

Even so, the Salarian begins to show sexual attraction to the Asari after a few moments of watching her dance.

How can a species which lacks a sex drive experience sexual attraction unless there was some underlying manipulation of their minds occurring?

This scene also touches upon the most important piece of evidence… 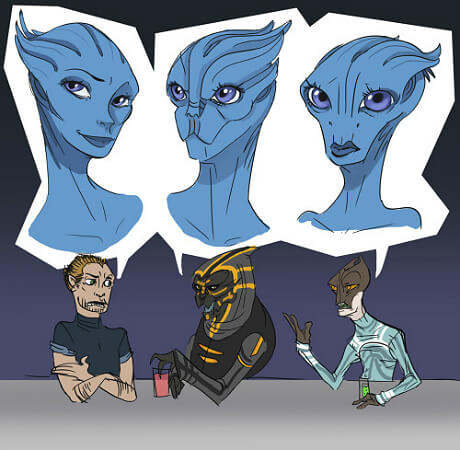 This to me is irrefutable evidence that the Asari are actually an unknown species in terms of what they actually look like. I believe their species has black eyes and lighter colored skin and possible tentacles which would explain the shape of their heads. Beyond that the rest is up for debate.