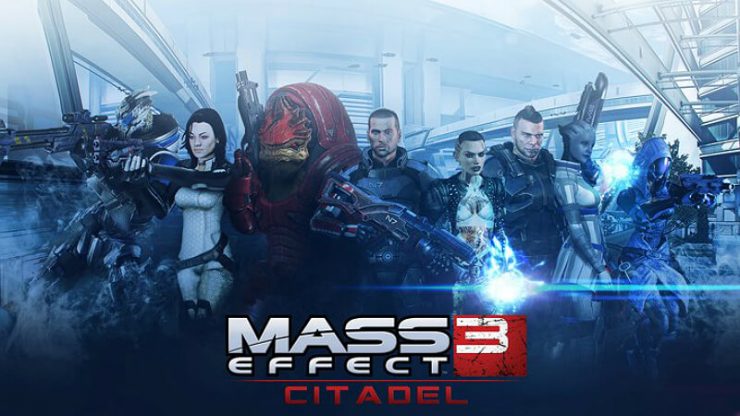 I don’t think I’ve laughed this much playing a DLC since that one DLC from Fallout New Vegas about psychopathic toasters and robots addicted to drugs.

I’m currently going through my first run of the whole trilogy, and I have tons of things to gush about regarding the whole series but that’s quite a bit of work. But playing through the Citadel DLC, I knew I couldn’t keep quiet about it.

I thought Leviathan was a fascinating origin story for the Reapers that should have been in the main game, and Omega was good but waaayy too long. But Citadel is perfect to me. I know that it was intended as a big dump of fan service but I wouldn’t have it any other way. The humor is spot on and hearing the banter between all of you squadmates is extremely entertaining. The scene where you’re stuck in the pod with your mates is one of my favorites, but it’s funny the entire way through. The main story is completely ridiculous and self-aware, which is very refreshing as the series has always been very serious even during its lighter moments. And for once, I WASN’T slaughtering Cerberus members by the dozen! Unbelievable, I know!

I especially enjoyed the party after you defeat clone Shepard, which was a joy to participate in. Just seeing Javik drunk was enough for me to be satisfied, but there were tons of great moments. EDI applying logic and intense reasoning to making curry, James and his eggs… My only regret is that I started the DLC way too early and did some things wrong… I wasn’t able to invite Tali or Garrus (he kind of died) or any of the other characters advertised to be inevitable. I know that Tali requires you to finish the Rannoch missions, but I’m not how to get the others. I am quite early in the game however, and I didn’t know that Shore Leave was a DLC mission until I had already started it, so I probably just had to play a bit more to find other characters. I’ll make sure to do it right when I replay the trilogy!

Regardless, it’s still a fun ass DLC with lots of love put into it. Making a story centered around spending time with all of your squadmates (and a bit of self-aware cloning shlock) is the perfect way to end a trilogy that had some of its best moments when you were doing just that. The “spending time” part. Not the clones.

Because while the combat may be surpassed, the visuals may age and the setpieces may fade from memory, you’ll never forget the friends you made along the way.