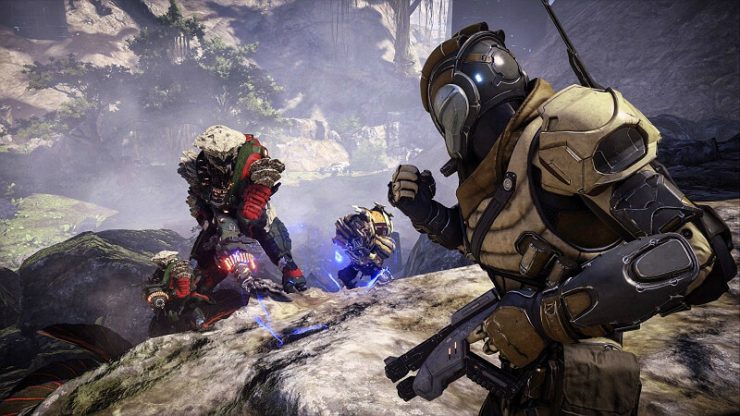 Hey everyone! Wanted to point a couple things out about enemy scaling. For purely experimental purposes I used software to boot my level up to 90, 100, and then the soft level cap of 132(EXP to next level start going negative at 132). I am in no way encouraging cheating, and will revert back to my level 40 character save after some more testing.

So all the weapons and amor reach rank X(10) at level 80, so it would make sense that the health of the enemies stops scaling somewhere around there. That, in fact, is not the case.

So I put on my engineer profile, with my fully levelled soldier skills, whipped out a rank 10 black widow with rank 4 pathfinder amor. got onto insanity. The enemy identified as ‘Scavenger’ on Kadara, no shields, only red health. At level 80 – One black widow shot to the head took out 3/5th of the health bar. At level 90, it took out Just under half, taking a total of 3 shots to kill the target. At Level 132(again, hard cap. Can’t go beyond this level – also causes instability with severe stuttering.) It took off 1/3rd of the HP of a basic grunt enemy.

This brings up an issue I have with the game’s balancing. The health of the enemies increases drastically, and when it takes 3 shots from the most powerful sniper rifle to take out a grunt, the game at higher levels isn’t balanced correctly, in my opinion. Both the weapons and the armor stop scaling 52 levels bellow the hard cap, meaning with each level past 80, you’re no longer able to have equal power gain as the enemies. So a couple NG+s in, you’ll be having more and more trouble with the enemy on the difficulty of your choosing.

If you’re building your character correctly, by level 80 you’ll most likely have the best possible profile for your build – so an adept/vanguard build putting points into flamethrower no longer makes you stronger, or not stronger enough, to level with the enemies you’re facing.

As a solution to this, perhaps capping the enemies scaling at level 80/85/90 would be the best solution, alternatively adding variants of weapons which go up to level 15, maybe even 20. As it currently stands it’s nearly impossible to play as a FULLY levelled character – none of your abilities will even scratch grunts(on insanity) and you’ll exhaust all your ammo before you take out a room of baddies.

If anyone is interested I can post exact health values(or close estimates) at each of the level intervals before I revert back to my level 40 character. Hope this information is going to be useful for somebody. I will also not describe in any capacity how to do this cheat, as I’m not here to promote cheating in any capacity.