ME: Citadel – Scan the Keepers Walkthrough 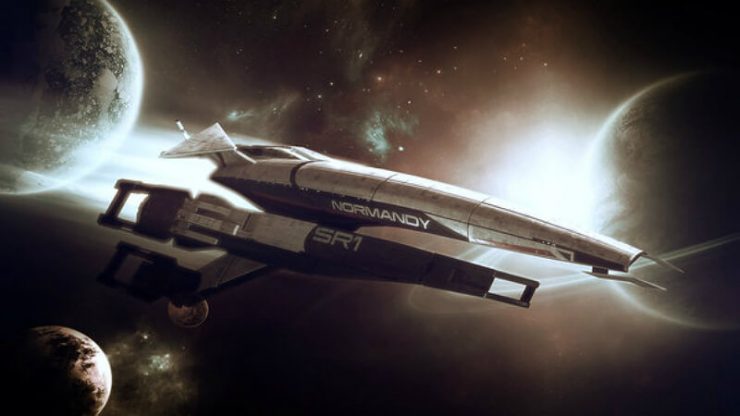 This guide will explain where to locate all 21 Keepers on the Citadel, with pictures and descriptions, for the quest Scan the Keepers.

Scan the Keepers is a great quest that will take you to every section of the Citadel. The quest rewards the player with a significant amount of experience after the last keeper is scanned. The quest can be started after talking to the Citadel Council for the first time. 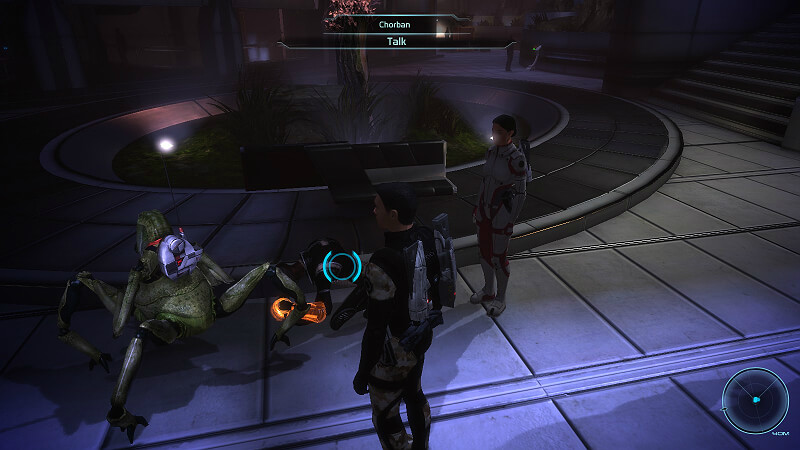 To start this quest, talk to Chorban, who is scanning a keeper in the Citadel Tower, next to the transport terminal. You should run right into him after your first dialog with the Council.

Alternatively, you can speak to Jahleed, a Volus in the C-Sec offices. He will start a quest to find Chorban in the lower wards.

There are 21 keepers in total. Each section title will list a number, location on the Citadel, and how many keepers are in that section. The reward for scanning all Keepers will be given upon the last scan.

1. The first keeper is in the rear of the council chamber. It is to the right, if you are looking where the Council appears. 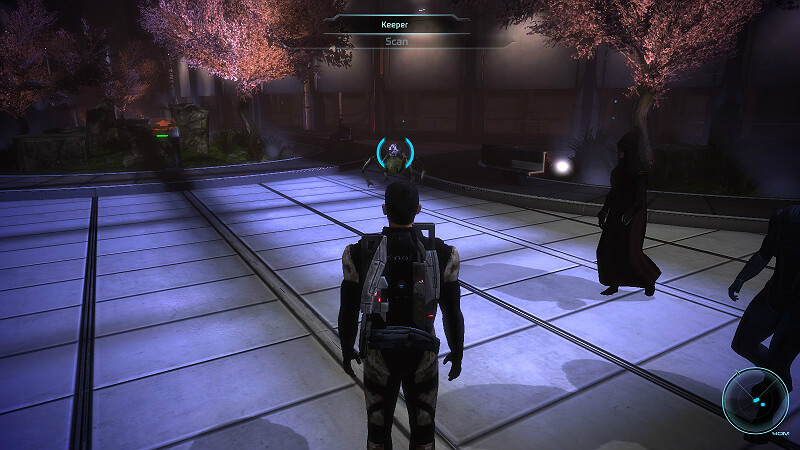 2. The second can be found in the open area before the council chamber. This is the keeper that Chorban was scanning before he gave the quest.

3. The third keeper in the tower is found behind Admiral Kahoku. 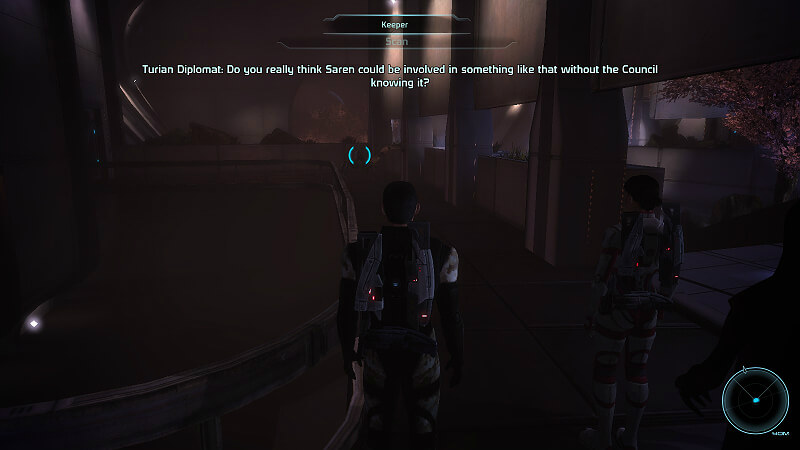 4. The final keeper in the Tower is found in the left alcove, when walking towards the elevator the presidium.

5. This keeper is found right outside of the elevator from the towers. After scanning this keeper, there will still be a box around it to activate the keeper, which triggers Avina to you to leave the keepers alone. 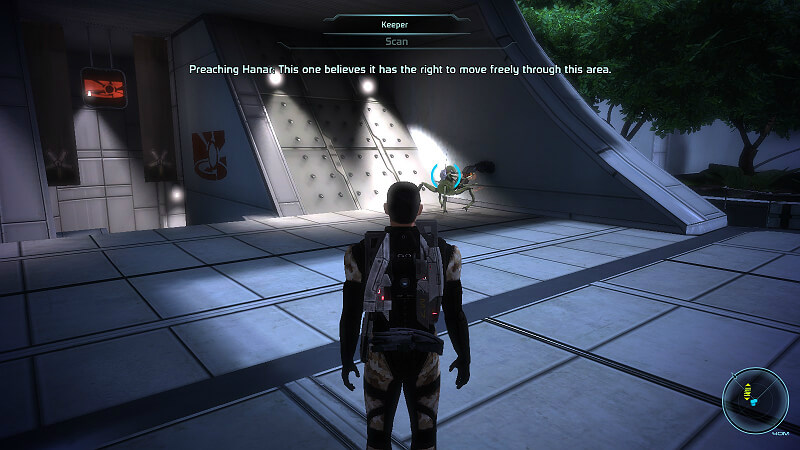 6. This keeper is found next to the elevator that goes to the wards. 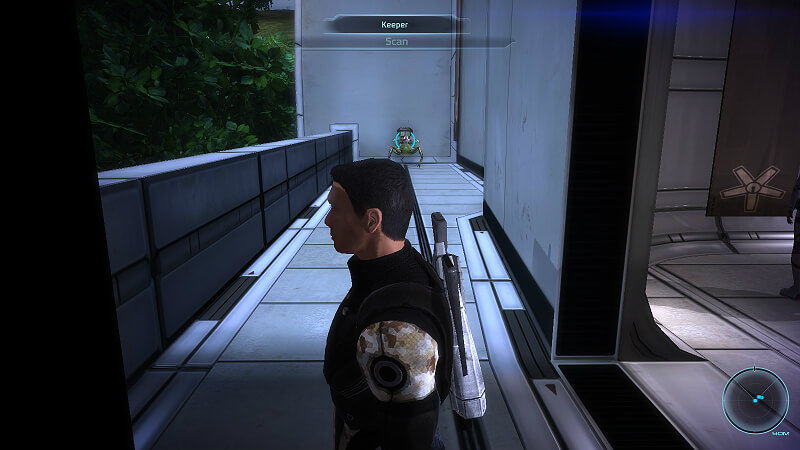 7. This keeper is found in the back of the embassy lounge. 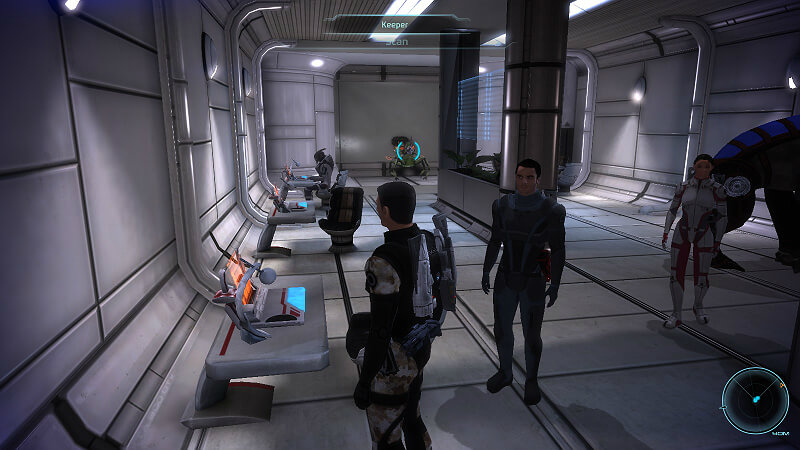 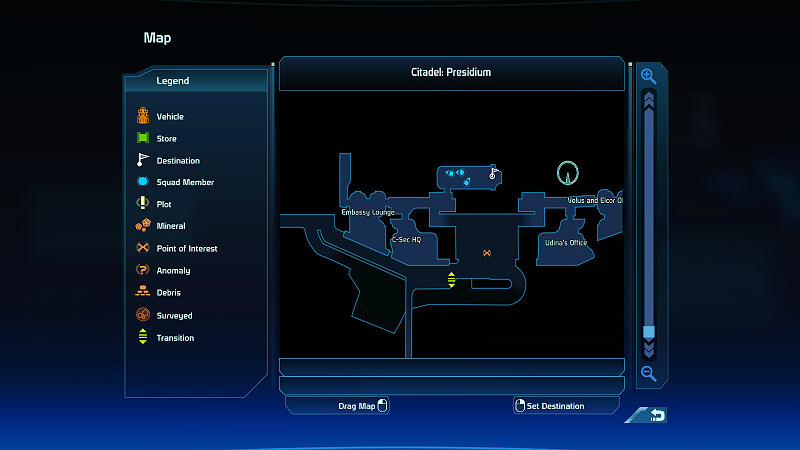 8. This keeper is found in the area behind the embassy receptionist. This area is between the lounge and Uldina’s office. The map shows its exact location in the presidium. 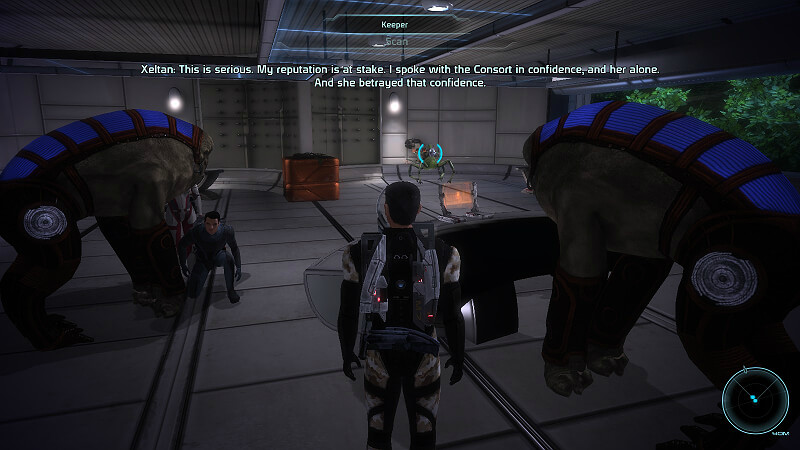 9. This keeper is in the Valus and Elcor office. This office is to the right if you are exiting Uldina’s big office. If this keeper is not there, save and reload the game.

10. This keeper is in front of the Consort’s entrance. 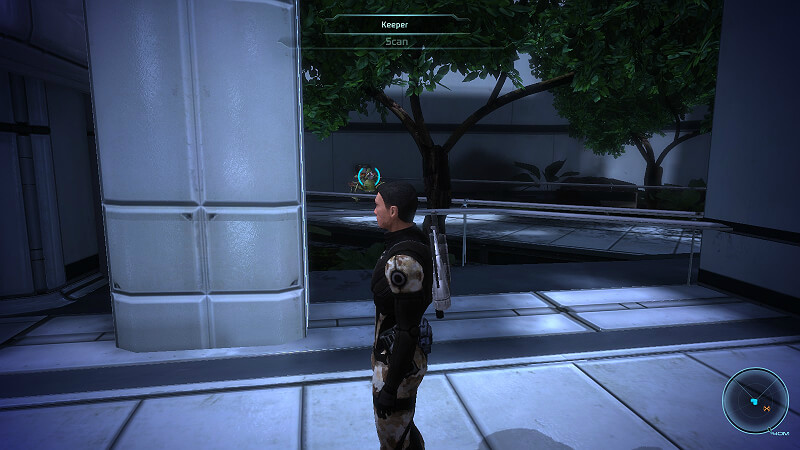 11. This keeper is between the Consort’s building and the Emporium. It is in the hallway area that leads to the bridge. 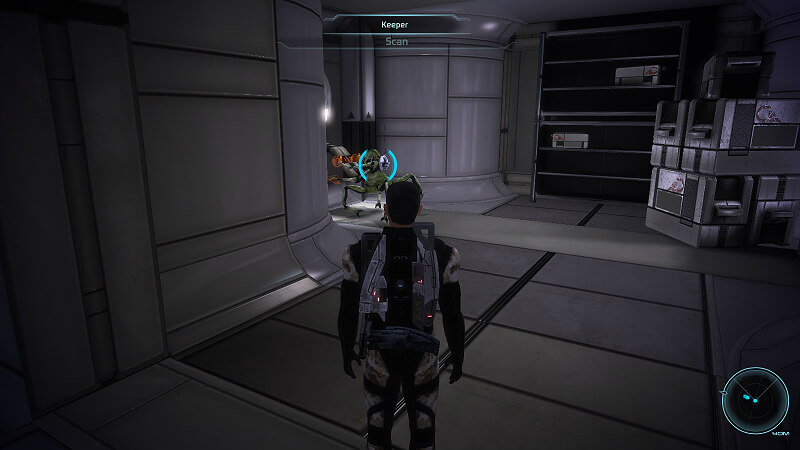 12. This keeper is in the storage area in the back of the Emporium.

13. This keeper is in the wards access area, which can be entered by taking the elevator in the Presidium that goes to the Wards. The keeper is in one of the two rooms found in that area. 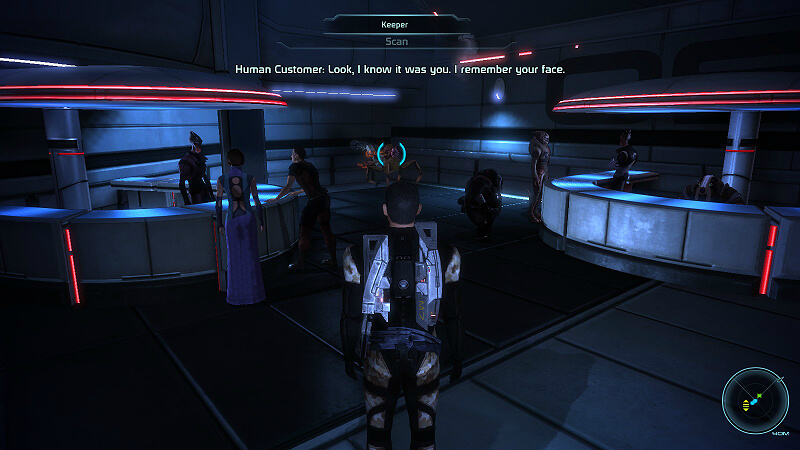 14. This keeper is found in the corner of the markets in the upper wards. 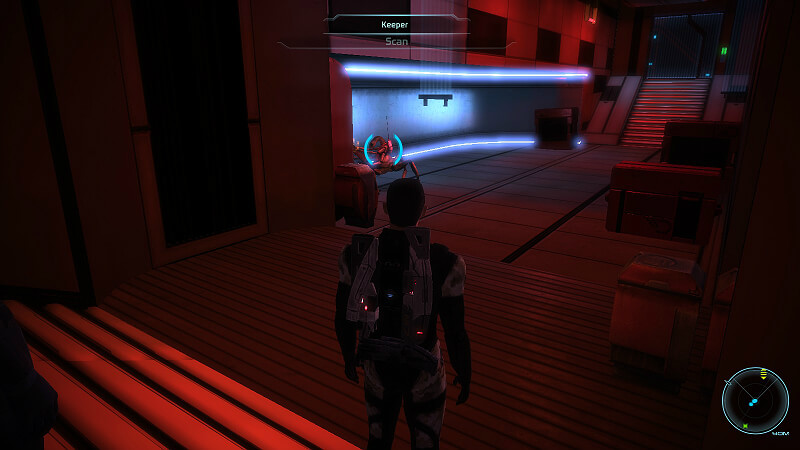 15. This keeper is in the alley in the upper wards. This ally runs between the elevator exit and Chora’s Den. This keeper may disappear after fighting with Tali. Save and reload the game to fix the glitch.

16. This one is located behind the med clinic. It is next to a Citadel Transport terminal.

17. This keeper is found in Flux, which is accessed from the Upper Wards. The keeper is in the back, where the Quasar machines are. Next to this keeper is the suspicious gambling machine.

18. This keeper is in the lower wards. This area is accessed by the stairs that lead under the medic clinic. The signs that point to C-Sec will lead you to this area. The keeper is chilling to one side of the room. 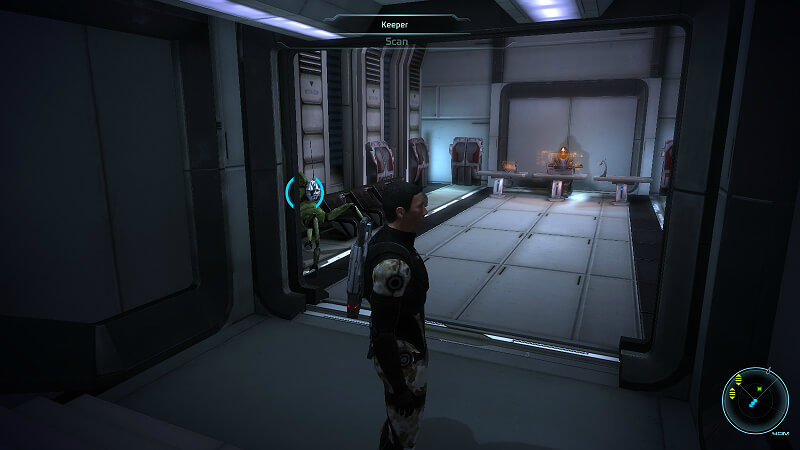 19. The keeper can be found in the requisition office. This is at the end of the right hallway, looking at the Presidium elevator. 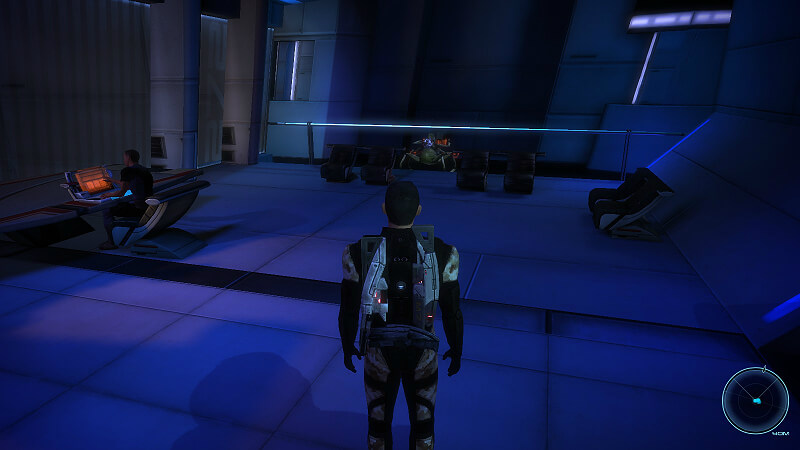 20. This keeper is in the Traffic Control area, past the C-sec offices. This is at the end of the left hallway, looking at the Presidium elevator. You must be very close to this keeper for the targeting circle to appear. 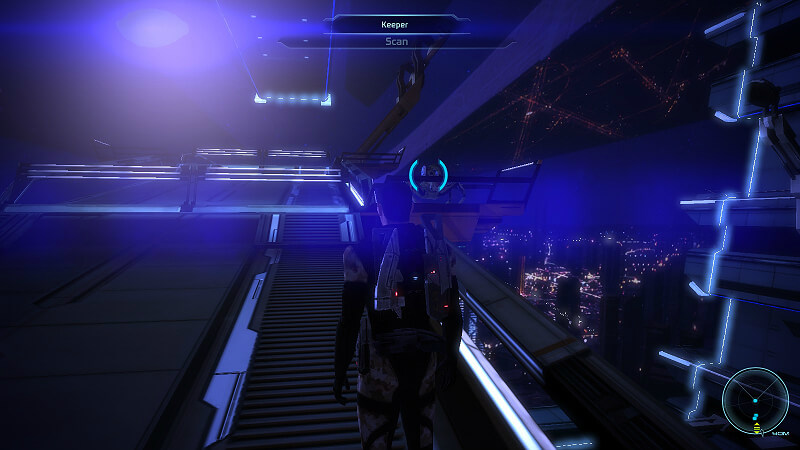 If you are missing some keepers, and don’t wan to go to every keeper location, I have made a list of the keepers that I missed the first time doing this quest.

1. This keeper is the one in the back of the Council area. It is easily missed because you only visit the Council two times at the beginning of the game. After these dialogs, you walk down the stairs via the cutscene.

13. With the Citadel Transport system, this area is easy to miss. If you’re like me, then you hate taking the slow elevators. Seriously, you have Mass Effect drives that can travel insane distances with little time dilation, yet your elevators travel slower than my grandmother on sleeping pills.

20. This one is not hard to locate, but you might think that you have already scanned this keeper because the targeting circle appears when you are next to the railing.

21. This keeper is hidden at the end of the docking bay. It’s easy to miss him because you’re engaged in dialog when you want to exit the Citadel for the first time, after becoming a Specter. It’s also easy to forget that the Docking Bay exists with the other big areas around.