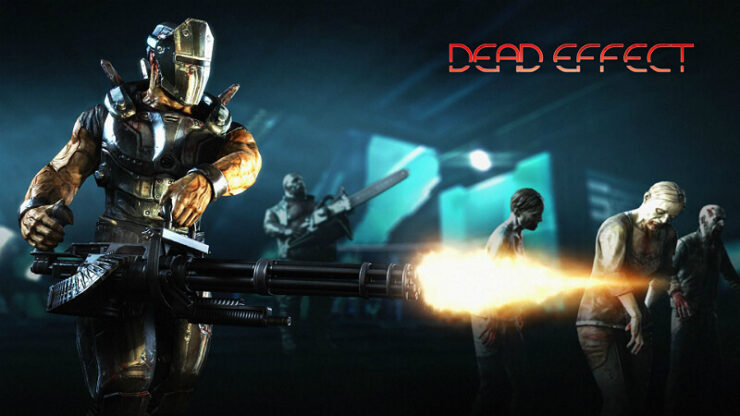 Dead Effect – a great game that will start from the moment our character wakes from sleep in the capsule of the spacecraft and finds that terrible things have happened in his ship, and the on-Board computer is constantly reporting all sorts of problems in the security systems. Our goal is to arm ourselves and start researching the mysterious incident that happened on his ship.

In the story, you have to deal with the destruction of zombies, and at the same time, understand how you got there. The task of survival is always the most important. Among the features of Dead Effect is to highlight the quality of graphics, the presence of a variety of monsters, a lot of weapons, combined with the fascination of the plot. You will not be bored. You’ll be distracted among the dead, so you should be prepared for a relentless struggle for existence. Also, the developers have prepared a large number of surprises.

The locations in the game pretty much cause fear because you have to wander through the interior of the spacecraft, namely along the endless corridors, elevators, etc. Everywhere on your way, you will meet the living dead. Weapons at your disposal will only be a shock, but that is only at the beginning. Later, you will be able to replenish your arsenal. A great shooter with a good story, this must be on your device!

You need to pick up a powerful weapon and go to explore the spacecraft to get answers and return to Earth unharmed.

In the game, you will find more than ten missions, a huge number of fights with zombies. After completing missions, you will learn more and more secrets. After passing a certain mission in the story, the hero will get to open certain techniques as time dilation, melee attack, and much more, so that even more dynamics are added to the game.