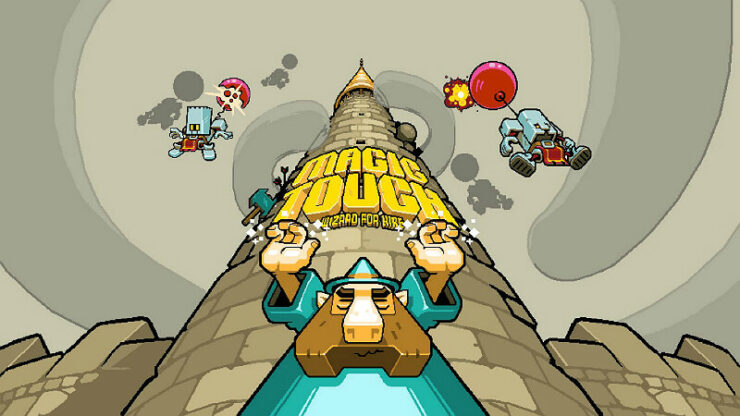 Magic Touch: Wizard for Hire – uses powerful magic to protect the castle from enemy hordes. Only you are able to hold back the terrible onslaught of advancing rivals everywhere. The magical twin towers are now in great danger. At the cost of his life, the player is obliged to protect a valuable object that connects two parallel towers. The most correct and accurate approach in terms of strategy is to defeat enemies, piercing small balls on which they are located.

You will play as an incredible wizard, who is in the power of the arcane mind and the power of the magical elements. Becoming a strong wizard of magic, your combat arsenal of spells has increased markedly. In addition to all of the above, you are still a skilled alchemist in the preparation of magical elixirs.

The basic rules of the game – it uses one finger to describe the shapes on the screen, so they were similar to the images on the balls themselves. One match of forms, minus the enemy. The game will speed up depending on the level.