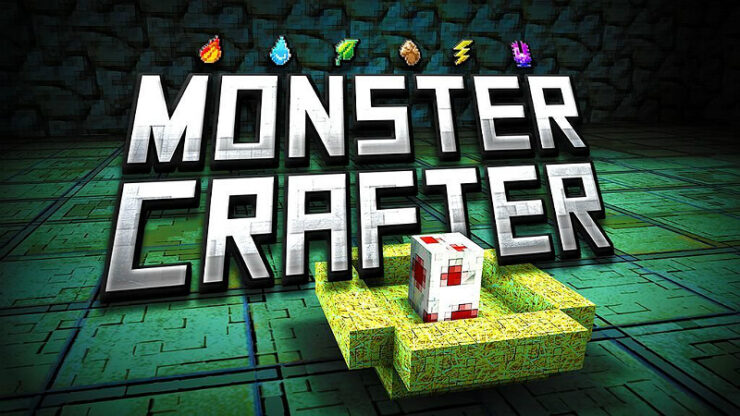 MonsterCrafter is a game from the creators of many popular games in the style of Minecraft. Thanks to a good idea and good implementation, this game has also found an incredibly wide popularity.

The idea of the game is that you create your own monster by choosing its appearance and abilities and forming it from a variety of blocks. You then train and test its abilities and skills to fight other monsters. For each victory, you will receive rewards in the form of in-game currency which can be used for further development of abilities and powers of your pet.

It may seem that such an idea is too simple to attract the attention of experienced players, however, in fact, the game is very exciting and will catch the interest of both professional Minecraft players and people who have not heard anything about it.

Over time, your pet will be able not only to develop their abilities and increase performance but also increase their size, becoming a huge monster!

The game gives you the opportunity to assemble a team of different creatures consisting of 4 players, and take part in exciting tournaments and battles for the title of the best team in MonsterCrafter. Fight with your friends and acquaintances, getting a lot of positive emotions!