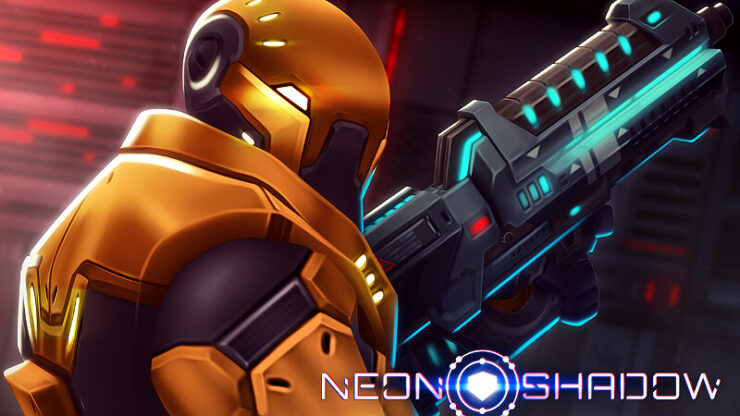 Neon Shadow – go to the space station to free it from artificial intelligence controlling robots.

Before you is the task to save the Earth from the colonizers. A terrible virus took control of one of the space stations. Today, artificial intelligence drives robots that keep humanity in fear. You need to stop the robots on the space station and not allow them to get to Earth.

Armed with the best weapons and equipment, you have to go to the space station and destroy every machine that has failed. Robots are waiting for you in the labyrinths and corridors, so you should show courage and accuracy. In this game, you are invited to choose the level of difficulty – from beginner to nightmare. Passed levels give you extra points of strength, but the battles do not become easier.

The graphics of the game are of the highest level. There is flash from firing and aiming to have a contrast. The producers recorded a live and dynamic soundtrack especially for the game which adds drive to it.

The galaxy is in your hands – your task is to protect not only the outer space but also to destroy the bases that have already been built in the occupied territories.