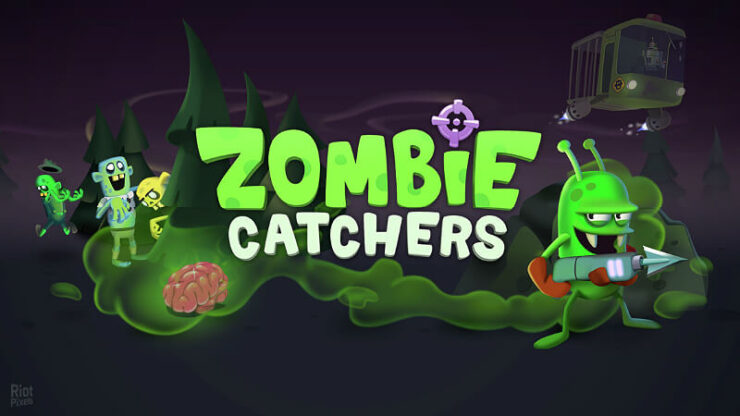 Zombie Catchers – action with puzzle elements dedicated to the popular theme of the zombie Apocalypse. Here players will find an unusual zombie world, presented in a completely new light.

The game takes place in the future, evil zombies threaten the existence of people on Earth. However, two businessmen from space want to create a new project on Earth, so they promised to catch all the zombies. In return, they will be able to open their cafes in the liberated territories. Your character will help businessmen with this difficult task – to catch all terrifying zombies and to secure the Earth as much as possible.

You should pass various missions, explore new territories and get the necessary ammunition. In the store, you can improve some of your items, and these improvements will be added during the game. Of course, you can purchase everything you can by earning in-game money. Also, in the process, you will receive bonuses for completing the game.