Is Ada as a companion equally annoying for you as well? 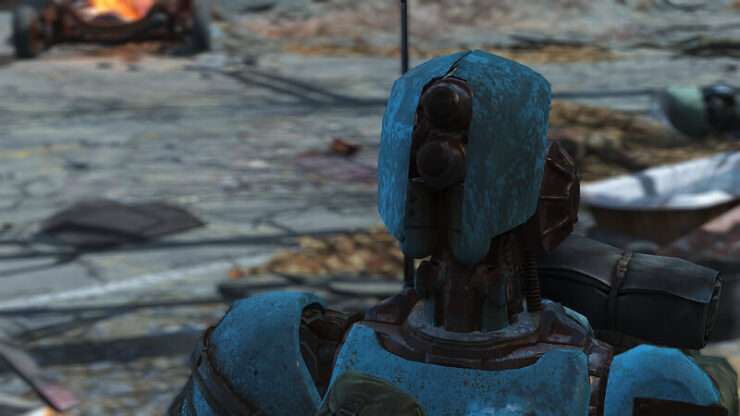 I like how she can carry a lot of stuff. I like how I can mod her into a pretty good killing machine and I do like her dialogue…

But is it just me or is she more frigging prone to getting in your damn way at every gawd damn turn you make?

Seriously, I just finished the Automaton DLC for the second time and both times I have spent almost every waking minute with her blocking doors, walking right in front of where I am trying to aim, crawling right up my arse so that as soon as I move, I bump right into her.

The worst of it all is that she is almost always standing exactly front and center to what I want to see or search or shoot. I got a great shot on that gunner with the launcher… One hit to the skull and they’re down… And just as I pull the trigger, Ada strolls in front and loses an arm. Then everyone is alerted and rather than trying to go stealth, she runs off right ahead with gun blazing (since the other one just got shot off by me)

And it’s not like I can help her all that well, because she has a knack for standing in a position where she is blocking any clear shots of the enemy, so I gotta rush in and try and take out the bad guys while she breaks down from too much damage. Now I’m on my own, surrounded by enemies in a heavy fire fight… All because numbnuts can figure out how to let me take point like other companions in the game.

Yes others do these things once in a while, but Ada does it so much that it almost starts to feel intentional… Maybe that’s why her caravan buddies got all killed.

After the main DLC quest, I switched her to a Protection body and left her in Vault 88 to guard… Frig sakes.

GTAmes
How to gain Perk Points using Console in Fallout 4