Why is the assault rifle so ugly? 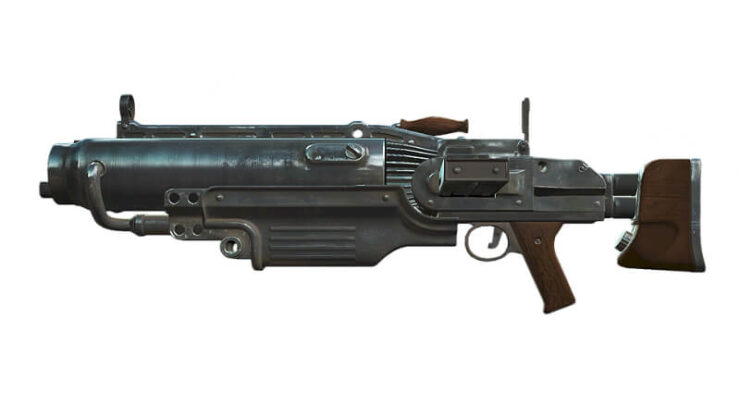 They cut the chinese assault rifle out of the game(it had a rough mesh), but the ugly assault rifle, which I don’t even use because of how ugly it is, gets a free pass.

If you want to break immersion the fastest way to go about it is adding an aweful and completely unrealistic gun into the game.

It doesn’t even fit into the lore. 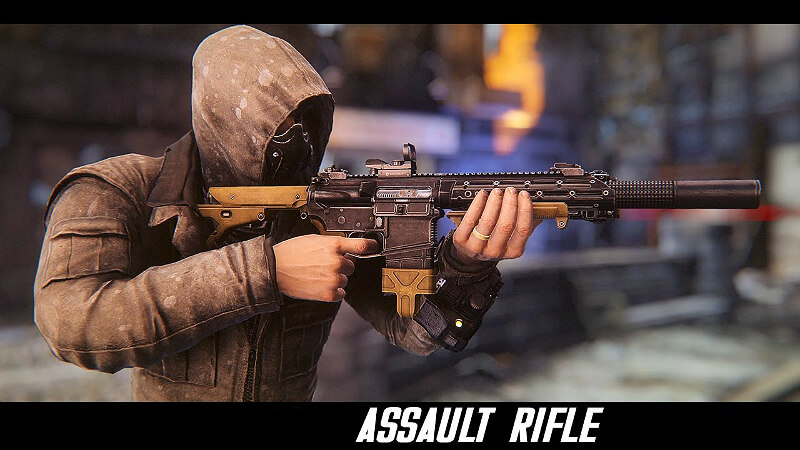 To be honest, the simple “generic” weapons of the previous games didn’t really make sense either. Supposedly in the Fallout Universe 5.56x45mm/.223REM, 9x19mm, and 7.62x39mm were not commonly adopted cartridges of the major militaries in the world as they are in our reality.

Infact the military heavily uses the 10mm, 5mm, .308 (apparently 7.62x51mm either does not exist or it is not specified in this Universe), .38, and 12 Gauge. Additionally weapons such as the generic M16/M4, AK, and FAL persuasion are more or less thrown in for familiarity vs. actual story reasons (considering that all the above weapons fire cartridges that are NOT commonly adopted by Fallout militaries, it would not make sense for them to even bother developing/obtaining them for use in their world). It looks more like Fallout 1 & 2 threw some generic weapons that were popular in 90’s games and movies for familiarity vs. practical story reasons (an example would be the Pancor Jackhammer, since it was never built outside of less than a handful of prototypes and it was all the rage in the 90’s for games and movies to use.)

Bethesda introducing more “period correct” firearms for the Fallout Universe doesn’t seem all that out of place (though why it uses 5.56x45mm when many of the games seem to imply it wasn’t really an accepted military round is a bit weird to be honest), though some of them I am not that happy with.

I agree that the “Assault Rifle” is weird because it’s based more closely on an old Lewis Machine Gun from WWI, it should probably have been labeled as a Machine Gun rather than an Assault Rifle. Additionally the lack of difference between the “Combat” series of weapons also disappoints me, I would have liked to seen far more variation between the Combat Shotgun, Rifle, and Sniper (at least when you start to upgrade them) as they just seem to blend together too much.

I imagine in future DLCs more weapons will be added and obviously there will be a plethora of “real world” weapon mods with plenty of generic M16/M4, AK, FAL, ect. to make every CoD fan tear up.

GTAmes
How to Install ENB – Fallout 4