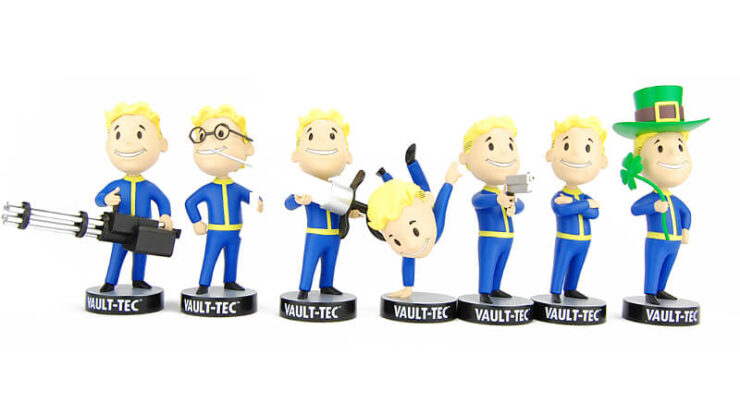 As I have the long weekend off, I really wanna collect these bastards. However, I know a few of them require you to be relatively strong in order to get to them. What’s the most efficient route in getting all 20? 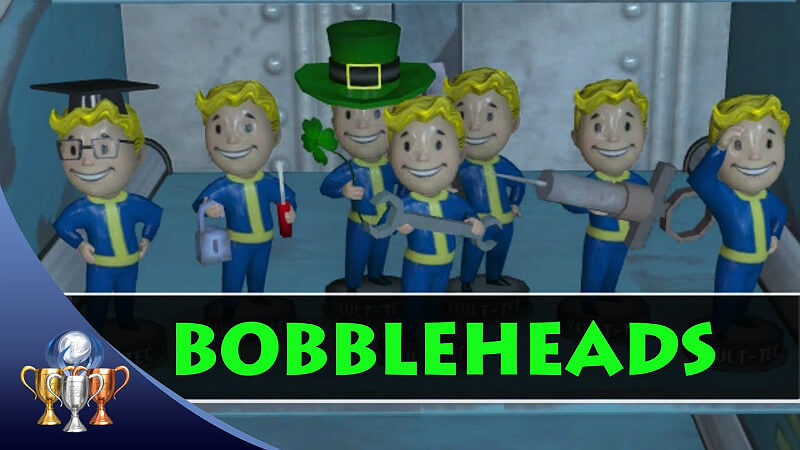 STR – If you don’t want to fight you can just run/sneak past the gunners in the Mass Fusion Building. Still not the easiest to get.

PER – Super easy. The museum only has low lvl raiders which shouldn’t cause a problem anyways, but if you want to you can flank them by jumping on the top of the museum from the church. They’ll never see it coming. After that just simply walk in the room where Preston and the gang is.

END – If you have (I think master is needed) enough on locksmith (or maybe Cait/an automatron with picking locks) you can go in from the roof so don’t have to fight everyone, just the raiders on the top floor. Othervise you have to fight your way up, but either way you’ll have to be in combat.

CHR – This can take some time since you need to do a few quests before you can go in the Asylum. At least the raiders inside aren’t too difficult.

INT – It’s easy to get, just pass a yellow speech check to get inside from the street. However once you get in there, prepare for the greenskin attack. The robots should help out, but you’ll still have to watch out.

AGI – Not that difficult, but it is down south so the raiders aren’t going down without a fight.

LCK – Easy to get, just need to go to Spectacle and grab it from the boat. The mirelurk queen only spawns if you turn on the power.

Barter – Super easy. Just walk inside, go to the top floor and grab it.

Lock Picking – Fairly difficult, you have to fight across the whole gallery and the underground areas.

Medicine – Not that big of a problem, molerats will only kill you if you are really bad. You still want to avoid getting bitten for reasons.

Repair – The raiders outside are still fairly low lvl-d, though you could just run/sneak past them till you get to the top.

Sneak – You can usually get inside by avoiding the raiders outside (you’ll likely have to fight them while going back up, though). Some ppl think that it’s a scary place, honestly I can’t understand them. Just some raiders and ghouls.

Speech – You have to get to where Nick’s hold up, depending on your level the triggermen can be difficult.

Big guns – Now this is one of the more harder to get ones. The gunners and the robots are definitely not the easiest enemies. Go in prepared.

Energy weapons – Same as above, but this time it’s synths. Plus you have to progress with the main story to be able to get it.

Explosives – Similar to the END one. Either pick the lock on the door on the roof (there’s a pipe in the back where you can go to the roof, mildly hidden – watch out for the trap, though). Or fight your way up among those raiders on steroids. You will have to fight Slag and the other forged in the blast furnace.

Melee – Lots of fights with muties till you get to the top of Trinity. But if you have acrobat legs or using PA you can simply jump down.

Small guns – I’d say this is the hardest. Place is full of gunners and even if you have master locksmith to go straight to the boss, the thoughest gunners will be inside. You could try sneaking, maybe that works. But I personally always clear the whole place for that sweet sweet loot and XP.

Unarmed – Super easy. Just grab it from the front of the car.