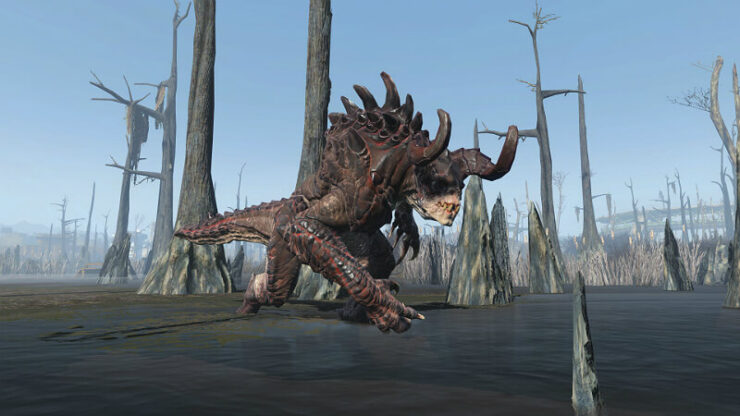 What’s everyone’s favorite / most efficient way to kill Deathclaws? In previous playthroughs of FO3, NV, and FO4, my only real strategy was to (hopefully) be paying enough attention that I could spot them from far away and have enough time to find something to climb on (the machinery in the quarry in NV comes to mind immediately). Then I’d just snipe them from a distance, or at least weaken them to the point that I could easily move in and deliver a killing blow.

I did a little research this time around and looked for ideas on how to kill Deathclaws in FO3, since I was planning on playing solo and wouldn’t have any companions to back me up in a fight (nothing I hate worse than having a companion keel over right as you’re beating a tough enemy and you have to reload). Here’s the strategy that has proven to be particularly useful:

Bonus points if you’ve got Charon with you because his shotgun is somehow effective at sniper distances and he’s a boss. I caved and kept him with me after acquiring his contract, and I’ve got him decked out in Outcast power armor so he’s practically invincible. We went in and absolutely tore up Old Oney.

Try this method next time you play if you haven’t. Anyone else have any good strategies, particularly for NV? Seems like it has a higher Deathclaw population than the other games, but it could be my imagination.