Conrad Kellogg as the worst example of Bethesda railroading 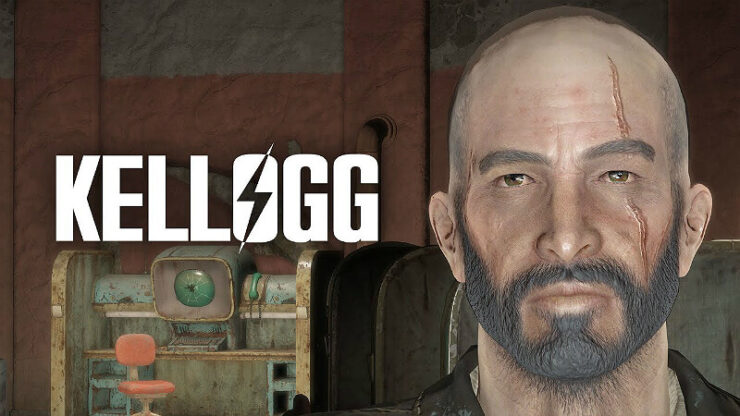 Having to kill Kellogg is one of the worst examples of Bethesda railroading the player. It’s just so antithetical to what Fallout is about. Are you charismatic or sneaky? Doesn’t matter. It’s a straight up gunfight after you passionately tell him how much you’re going to enjoy killing him and that you really want your son back. But I have absolutely no hatred for Kellogg at all. All he did was stupidly murder a character I had spent like, ten minutes with and take a baby who isn’t even a character yet. So at this point the game is just deciding my motivation for me, and then giving me one option for completing a pivotal plot objective. That lack of freedom is the very opposite of what this series is based on.

And I think this was done so players could go through the Memory Den sequence, which exists to deliver the painfully ham-fisted message of “look, Kellogg did bad things, but he’s a regular person just like the rest of us”. And it’s like they’re trying to make me feel guilty about it, but that doesn’t work because I was never given the option to do anything but blow his brains out.

Bethesda wants you to follow a very specific path with Fallout 4. You can only get to Kellogg one specific way and then when you find him you can only deal with him in one specific way. Unlike every other Fallout game prior, you can’t sequence break the first half of the main quest to find the plot hook. You have to go to Diamond City, you have to meet Piper, you have to meet Nick, you have to meet Dogmeat, you have to follow Dogmeat with Nick following you and only then can you enter the part of the dungeon that Kellogg is in. In the other games, you could find the plot hook without following a specific path. You could get to the water chip or Liam Neeson by just stumbling upon them. Or you could skip a few stages and then follow the path.

Compare this to Fallout: New Vegas. Your player’s motivation isn’t decided for you, so whether you’re kinda pissed at the guy who shot you, bloodthirsty for revenge or just curious for answers is up to you, and that can be fleshed out in how you play. You can go north through Quarry Junction and go straight to Vegas if you’ve got the stones or you can follow the critical path like every other Fallout game and gather clues along the way. Of course, you don’t have to and can skip parts if you want or if you know what you’re doing or if you’re just plain lucky.

But when you find Benny, you have a wide variety of choices in how to deal with him. If you’ve gathered evidence and/or have high enough speech skill, you can convince Swank to have Benny go up to his suite, where you can kill him without penalty. Or you could just go straight up to him and kill him on the casino floor, guards and all, if you’re feeling crazy. Or you could talk to him and agree to go up to the presidential suite, where he’ll send assassins after you and skip town. Or, if you have the Black Widow perk, you can sleep with him! From there, you can kill him in his sleep or let him live. From there, he also skips town.

But the options don’t stop there. You can find him in The Fort, where Caesar allows you to have your revenge any way you want. You can kill him whilst he’s bound and on his knees, just like he tried to do to you. Or you could fight him one-on-one in the arena! Or you could crucify him. Or just forgive him and let him go. No matter what kind of character you are or how you’re roleplaying, you have a wide variety of ways to deal with Benny. In fact, you don’t even have to deal with him at all; there’s an entire main questline that lets you ignore Benny and the Platinum Chip altogether.

In Fallout 4, when you find Kellogg, you kill him. You shoot him like you’d shoot a raider, and then he’s dead. He’s just a boss fight. That’s it.