Deliverer has to be the best pistol in the game 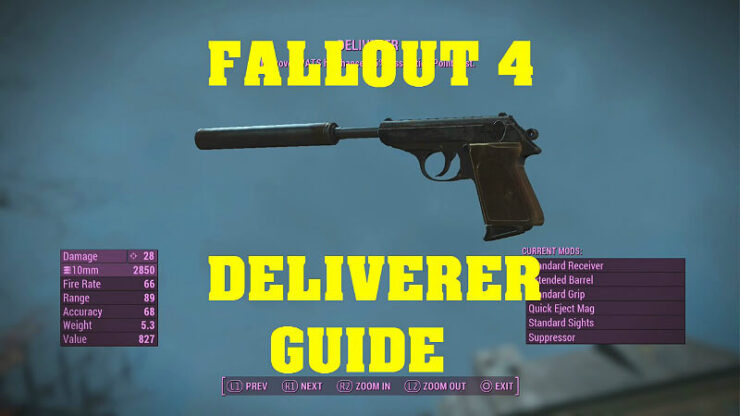 I tried the Alien Blaster, 10mm, .44, and The Gainer but had problems with all of them except my favourite, The Deliverer. Here’s why I think the Deliverer is the undisputed top pistol in the game. The Deliverer has an amazing fire rate and is very accurate when it comes to pistols, not to metion its legendary perk, “Improved VATS hit chance,25% less action point cost”. This perk is great for people who start this amazing game series with fallout 4, it gives them a good opportunity to become comfortable with VATS. When the Deliverer is upgraded to its full potential (which only requires the perk “Gun Nut” rank 3), it absolutely destroys in mid to close-range encounters. Don’t get me wrong the other pistols have they’re strengths, but the Deliverer is the all around best pistol.

Reasons why the other guns don’t make the cut: