After Devil’s Due… Fallout 4 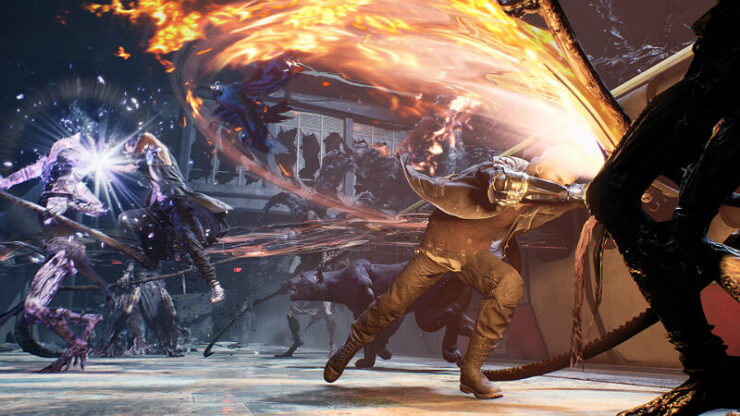 I chose to bring back the egg to its nest, and in return, who seems to be its father let me come up close to admire him. This has really made me think.

Now I’m not one to get emotional quickly, but I feel guilty for killing the Deathclaw in the museum the moment I look into his eyes. I know she couldn’t really get out and go back to her nest, and that returning the egg to her wouldn’t help at all, but this quest actually made me mourn a Deathclaw that tried to violently tear me to shreds shortly ago. I may just come off as overly sentimental at this point, but it was quite an experience to be able to look at a peaceful Deathclaw up close. I’ve spent so much time fearing them and running away that I forgot what god damn majestic beasts they are in terms of design.

There’s something incredible about Bethesda’s rework of the Deathclaws that has definitely fleshed them out much more, made them more fearsome, but also made them quite a lot more…alive. Even compared to the other renewed creatures like almost every other reworked, now smoothly animated creature (mole rats, ghouls, radscorpions, etc), the Deathclaws’ presence feels more alive than ever- and that’s perfect for a creature that to most of us represents life-threatening danger incarnate. Their bullet-dodging maneuvers, high-speed movements, and their pure monstrous power- they’re truly the alpha of the wasteland creatures, and this new incarnation does their awesome original concept justice.

I really am loving this god damn beautiful game more every day, god damn it.