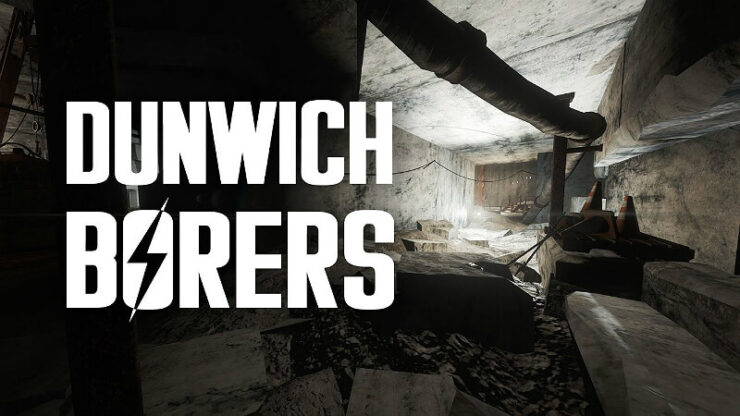 So as many people know, Dunwich is a ongoing series of horrors in the fallout series that is based of H.P lovecraft’s “Dunwich horrors.” So the first thing I did when discovering Dunwich borers was… run away screaming like a little baby, then a week later (real time) I returned with full X-01 armor, an experimental merv, a railway rifle and a Shredding minigun. with 100 stimpaks by my side and my vault boy flashlight ( to keep me from getting too scared in the dark) I plunged into battle with raiders and was inside the dunwich borers.

So I began searching the mine for backstory and came across a Terminal at station 1. Pause for a moment… after playing fallout 3 and knowing that Richard Dunwich was Obediah Blackhall’s ancestor, Richard had some very dark secrets, one of which was owning an evil black book called “Krivbeknih” which is a ritualists book used for sacrifices by the swamp people in point lookout. So you would think that Richard *cough* ♥♥♥♥ *cough* would just be another money hungry CEO of a large digging company right? WRONG! Richard was in fact a ritualist of epic proportions! proportions so large in fact that he KNEW what was at the bottom of the dunwich quarry!

How do I know this? well my theory is that he read his little black book and learned of a giant stone man inside the earth! a small little clue most people overlook is the rumbling! “but we are in a mine, he said that it was just the supports getting weak!” yea ok, but what reason do we have to actually believe a man who owns a demon sacrifice diary? Richard read the krivbeknih and found the location of this giant monster, and began a multi million dollar corporation just to get to it!

He told his miners the supports were weak so they wouldn’t find out that it is actually the giant stone man BREATHING! yes thats right, didn’t you all notice how the rumblings got worse with the closer you moved towards the shrine? In fact if you swim into the pool where Richard was sacrificing his workers to the stone god you can actually see part of a giant stone head with its eye closed!!! obviously we didn’t have dwarven cities in boston, so this wasn’t carved… this was already there, swim past the head and you can find kremvhs tooth, the very blade Richard used to sacrifice his employees to please the stone man.

Why did obediah want the book? Perhaps he knew that his ancestors work was not finished? lets recap. Richard found the Krivbeknih, Richard followed its instructions to the location to begin his mining enterprise, Richard had his workers dig until they found a ritual site that he had a staff meeting in, Richard sacrificed his eployees to kremvh (the giant stone man) who is alive and breathing underneath the commonwealth, his decendent obediah knows that Richard failed to wake kremvh up, and has the lone wanderer find the krivbeknih inside of Richard’s office.

The lone wanderer can burn the evil book, or doom all of humanity… That is what I pieced together, but in the words of the great and powerful “MATPAT” it’s just a theory, a game theory. We can definitely expect more to this in the future.