Father is NOT Shaun. He’s a high level replicant roboid!!! 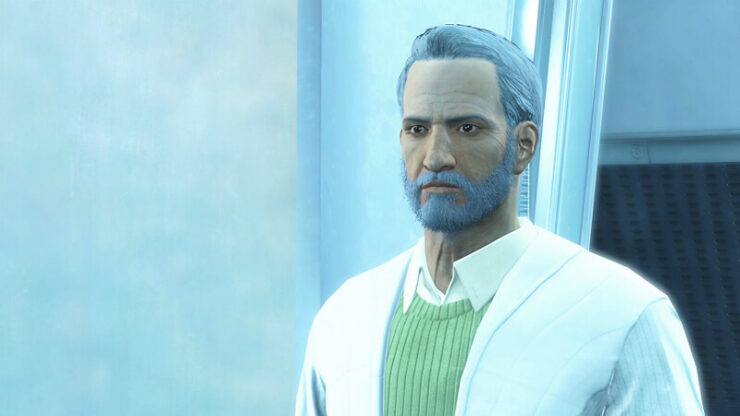 So, during a conversation recently here, I got into a chat with a fellow vault dweller and he really got me thinking about some things. He told me that Shaun maybe, probably isn’t even the real, legit Shaun. And I gotta say… After further thought and right now in my current playthrough I just finished ‘molecular level’ and, Institutionalized’ and I think Father might be a synth. A very high-level imitation, but an imitation none the less. The whole reason why he was taken is sketch. For his DNA… Eh, yeah. That’s… Like really sketchy. Maybe Father IS the result of the Institute splicing human DNA and creating an organic synth. When you tell Father to “prove it”, he declines. Straight up. This would be quite easy to prove. All he’d have to do is a simple swab test for DNA… He’d share half his DNA with The Lone Survivor. As you share half your DNA with your father, and half with your mother. Father would have his mother’s DNA. Half of his DNA, even more, because unlike a dad, if you play as a female you’re a mother… It even makes it more compelling.

Genetically, you actually carry more of your mother’s genes than your father’s. That’s because of little organelles that live within your cells, the mitochondria, which you only receive from your mother… Again, playing as a Female Lone Survivor is even more obvious, if Father is truly your player’s child.

And yet… When told to ‘prove it’ the replicant roboid Father refuses! It knows the game would be up. The long con would be over. There’s other shady shit about Father. As in, if he really were Shaun… Why wouldn’t he ever try and learn about is biological parents??? Why??? Seriously, the bond between parents and children is strong. At the very least a somewhat curious older Shaun would want to know where they are and… Check the vault… But not Shaun. No no, he’s just perfectly fine with being underground and a bit of prisoner of the Institute…

Unless. The real Shaun is dead or DID escape and went looking… Its quite possible the true Shaun died in the wasteland searching for his parents… But the evil Institute was successful in creating their near perfect organic roboid. Father.

There’s more, like how Father orchestrated your confrontation with Kellog. How the Institute NEEDS the Lone Survivor to help them… So, yeah. Father is quite possibly a replicant roboid!