Unpopular Opinion: I think the Railroad is the best faction in Fallout 4 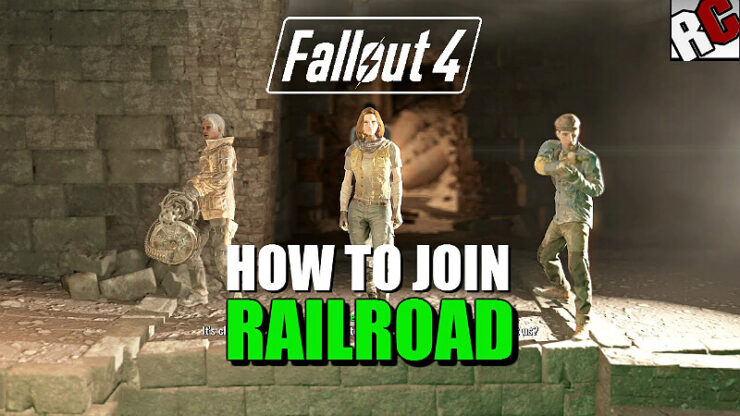 I know a ton of people like hating the Railroad and some people call it the worst faction of Fallout 4. I actually think the Railroad is the best, or, more accurately, the least worst faction in the game. I guess this comes down to my own personal beliefs, but I’d like to go over each of the other factions, and why I dislike them, first. 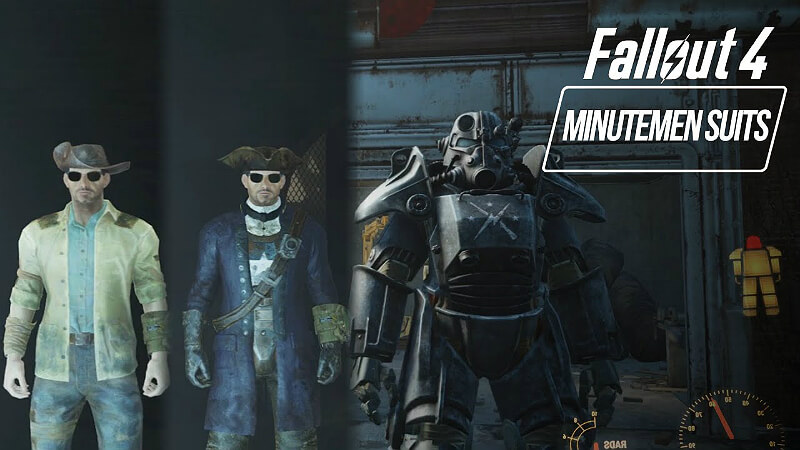 “I’ve found a settlement that needs our help. I’ve marked the location on your map.”

On the surface, the Minutemen seem like the best choice for the Commonwealth. They have no outrageous or crazy beliefs like the other factions we will discuss, and they genuinely seem like they want to help the common people. Too bad there’s so much settlement micromanagement throughout and feel like I’m not getting anywhere with these quests. I thought, okay, once I create all these settlements, they’ll be a sort of NCR of the Commonwealth, in the sense that they’ll have the advantage in terms of numbers at the very least. Not only is this not true, but all the members are not even soldiers, they’re just farmers and generic settlers.

They’re all grossly incompetent! When I was going to retake the Castle, half of them died fighting the Mirelurks, and almost all the rest died in the fight against the Mirelurk Queen. Holy shit. No wonder you guys were at the brink of extinction at the start of the game. I feel like I am the only competent member of this entire organization. Oh, and Preston. Except he hates me because I played through the Nuka World DLC, and now I just feel bad taking him to missions with me. And also, Mama Murphy is my least favorite character in any Fallout game.

The Brotherhood of Steel 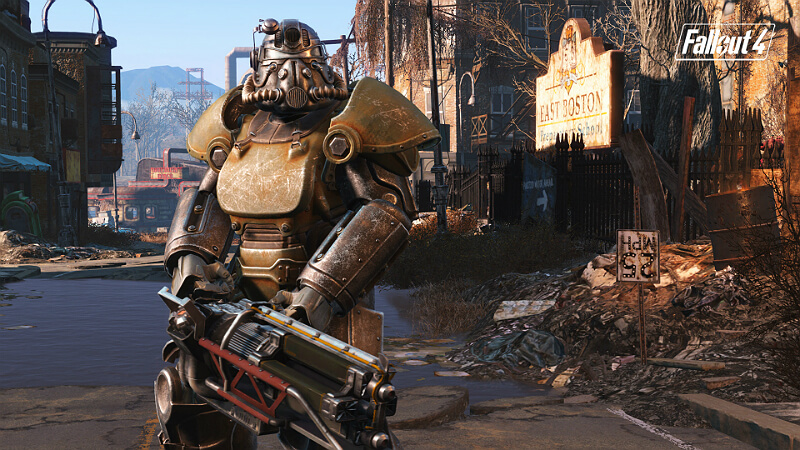 Technology must be used carefully so we don’t bring along another disaster… oh hey, can you grab us some nukes so we can blow up anyone who opposes us?

The Brotherhood is back again and of course they’re all a bunch of dicks. OK, yes, I know the Brotherhood are xenophobes who distrust anyone from outside their weird cult, but they’re straight up racists in this game. So they wish for a life similar to the one pre-War, which means only humans. No Super Mutants, no Synths, no Ghouls. Not just no feral Ghouls, just no Ghouls in general. What the fuck. Many of these races are capable of intelligent thought and reason, but the Brotherhood generalizes all of them as monsters.

Whoops, good bye Nick and Strong, I guess. But it gets worse! They’re so against these “abominations” that they want to execute one of their best officers when they find out he’s a Synth. Danse, who’s been like a brother and father-figure to many in the faction, who is a Paladin and as such has valuable experience and many feats under his belt, is all of a sudden sentenced to death by your Macklemore look-alike leader because it is revealed he is a Synth. Speaking of Synths, Nick’s one of my favorite companions and when he comes aboard the airship, a Brotherhood soldier says, “You keep your pet Synth on a short leash.” Fuck you. 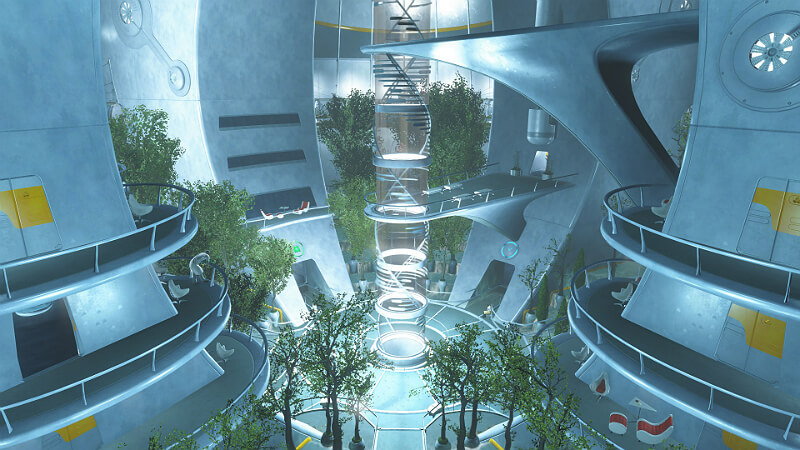 Where do I begin with these guys? They say they are doing what they’re doing for the best of the Commonwealth… but, how? In all my playthroughs, I’ve never once been told what exactly the Institute does for the Commonwealth, besides, you know, kidnappings, murders, mass-hysteria. What they’re actually doing, from what I gathered, is building a nuclear reactor so they can be self-sustaining as they believe life above ground will eventually kill itself and they can go back up to rebuild everything.

Yeah, that totally sounds like they want to help the Commonwealth! Oh, and they produce a bunch of androids and treat them like slaves. I’ll get to this more when I talk about the Railroad, but the Institute is full of unsympathetic and classist assholes. Also, it always confuses me how Father just puts us in command of the Institute. Like, what? Why? And then he acts annoyed when the other board members raise issue to this? Like, “Hmm, you know what’s a good idea?

I’ll tell this guy, who’s been trying to stop our operations since he woke up, and doesn’t know of any of our long term goals or projects, and who I’ve just told that I’m his son, no clue if he’ll believe that, but let me just make him the boss of my entire organization.” Why does Bethesda do this? Does this appointment feel earned? 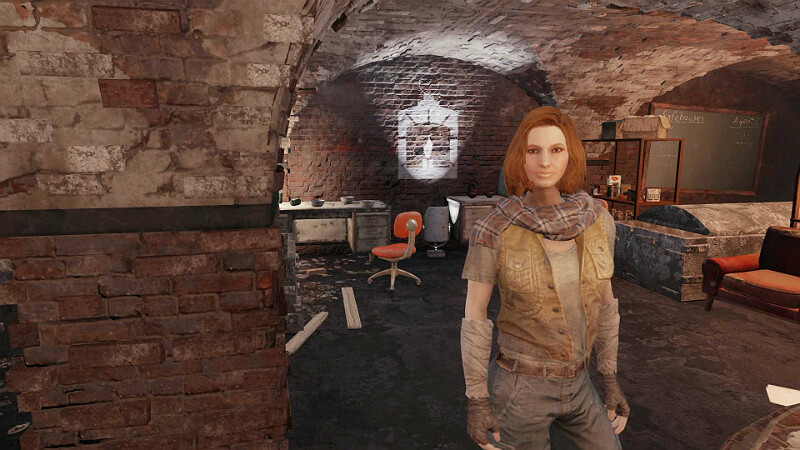 Ok, so after all this, why do I like the Railroad? Sure, they’ve done some stupid things, like having the password of their headquarters be their name, wiping Synths memories, etc. But overall, compared to the rest, I would say that they’re not as bad. Firstly, they’re capable. Besides the whole password thing, they’ve been able to keep their base secret for a very long time. They thwarted the Institute multiple times and have code names for their members, have a secret passcode system to identify their agents (Do you have a Geiger counter), and, above else, are morally sound.

They want to free the Synths from the Institute because they believe that Synths deserve human rights. This is very true. Not only are Synths said to be so like humans that no one can tell the difference, but they practically are almost exactly like humans! They can rationalize, they think, they sleep, they dream, they eat, they have hopes and aspirations, they’re practically human beings. Saying they don’t have rights would be the same as saying Ghouls or Super Mutants like Fawkes or Virgil don’t have rights. Another thing people say is that the Railroad only cares for Synths, and not the other races of the Commonwealth. And yes, this is true. Forgive me, but I’ll need to compare this to the actual Underground Railroad, which, with the help of abolitionists, was used to free slaves and move them to slave-free states.

No one complains that the abolitionists only cared about the slaves, and not about the other races in America. They cared only about the slaves because they saw them as being unfairly and unjustly discriminated against. The same is true with the Railroad in this game. They see the Synths as being unfairly treated by both the Institute and the Commonwealth, and they simply want to rescue them. Also, Deacon, Dez, and Tinker Tom are some great characters.

That’s just my opinion. I just wanted to get this off my chest because a lot of people hate the Railroad while I think it’s way better than the other factions.

What do you guys think?