The Railroad Quest Line is Incredible! 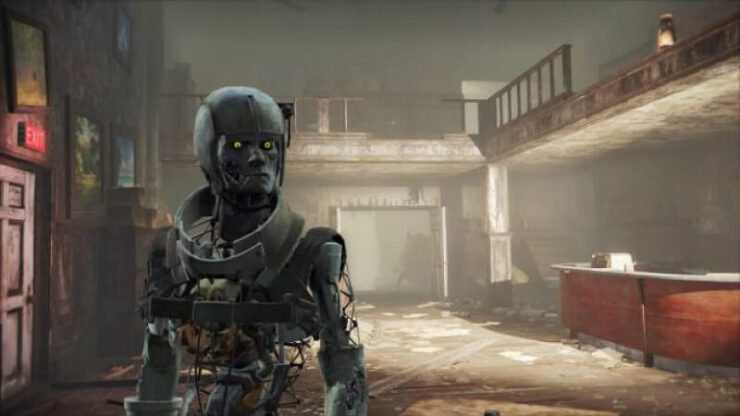 FALLOUT 4 MAIN QUEST SPOILERS AHEAD YOU HAVE BEEN WARNED.

You’re listening to a guy who has almost 400 hours in-game and has only ever completed the main story with the Minutemen and the Brotherhood.

A few days ago I started a new playthrough and decided to complete ignore those factions (never even went back to Sanctuary, never went to Cambridge to meet Danse) and play Railroad 100%.

Let me just way, I think it’s so much more interesting than the other paths! I love the whole undercover aspect to it, and the fact that I can play the majority of the Institute quest line at the same time, and side with the Railroad at the end. My previous playthroughs have almost always gone the same way: Start game, join Minutemen / Brotherhood, get to the institute, kill someone, get banished, then later come back and storm the institute and kill everyone.

This time I got to spend a significant amount of time there, and got to know all the Institute characters much better, including my own son! I must admit, I was a little shaken on whether or not I’d stay with the Railroad when I found out Shaun was dying.

Another great thing is the Railroad faction itself. I love how the Railroad is integrated into the main world, with railsigns everywhere, and secret agents hiding in plain sight. Their fight with the Institute feels so much more personal than the Minutemen and Brotherhood. And throughout the Railroad quests, there’s a real feeling of desperation and even sacrifice. I can’t think of any big character deaths or other dramatic events in the Brotherhood or Minutemen quests (one exception: Blind Betrayal) but with the Railroad there are agents and characters constantly sacrificing themselves for the cause. High-rise, everyone at Augusta safehouse, everyone at Ticonderoga safehouse, and of course Glory during the Brotherhood attack. Even Liam/Patriot! When I came back to HQ and Des gave me the note from Liam, my heart sank. Everyone feels vulnerable. The entire Railroad feels like it is struggling to survive, and that makes your victory over the Institute that much greater. They aren’t a completely morally black-and-white group, and there’s even some disorganization within their own ranks due to compartmentalized intel. That’s what makes them feel so alive as a faction.

They had some great quests too. Quests I’d never encountered after hundreds of hours of play. Retrieving the Beryllium agitator for the Institute instead of the Brotherhood, completing the science experiments at Cambridge Polymer Labs to lift the lockdown, sneaking onto the Prydwen disguised as Brotherhood (and blowing it the fuck up) kicking ass alongside Glory with her minigun, and more.

Sorry for the wall of text I just can’t believe I’d gone this long without exploring this faction. To me they really do shine over the other non-Institute options. I know I’m just ranting but they are just so cool. Everything about this playthrough has felt super different than my past playthroughs. And I’m really loving not having to constantly run errands for the Minutemen.

If you’ve never finished Fallout 4 on the side of the Railroad, do it! 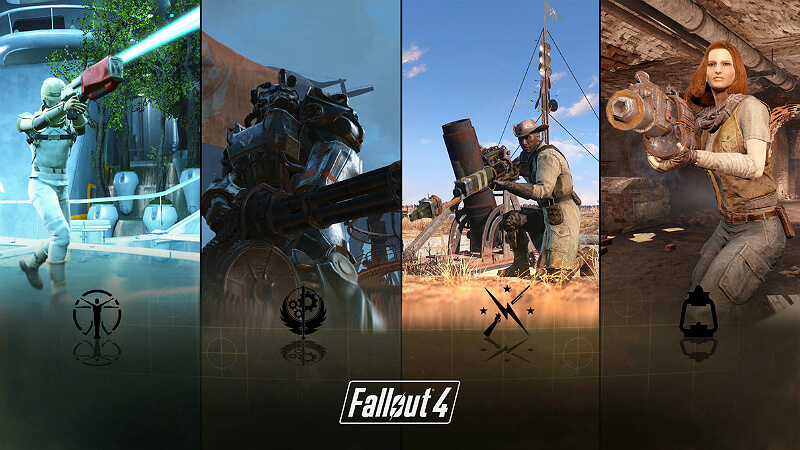 And for the record, I don’t think that the Railroad are “right” compared to the other factions, nor do I think they would, from a lore perspective, be the best choice for rebuilding the Commonwealth.

In an ideal game, where I really can do whatever I wanted, I would use the Minutemen to storm the Institute, not blow it up but instead seize their technology and scientists to better the wasteland, give informal support to the Railroad to get all surviving synths out of the Commonwealth (since most people hate synths anyway) and try to rebuild society using the Institutes knowledge.

Hopefully the Brotherhood would then leave, if the Institute was no longer producing synths.