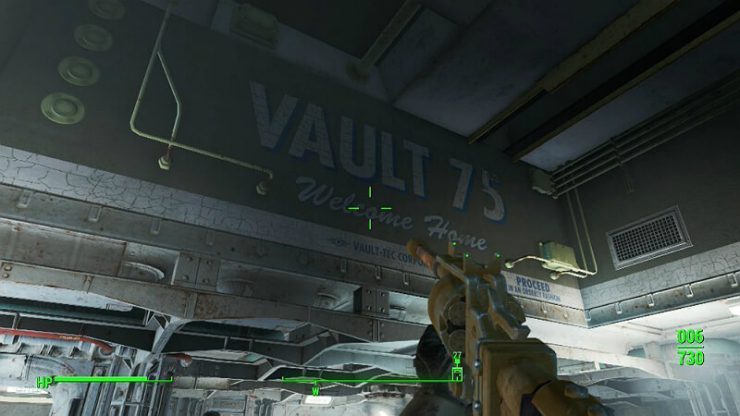 I’m pretty sure a lot of people have stumbled into Vault 75 under Malden Middle School, right? Well do you know what sick torture experiment they conducted there? First, they executed the families of all children who were lead in there. Then, they subjected the children to immense physical and mental test, bordering on torture, to determine who was the most biologically “pure”. Those that weren’t pure were executed at age 18, whereas the smartest ones were recruited into the Vault science team – and even then, some could be executed. That has to be the sickest vault I have ever seen; torturing children from birth only to immediately execute them when they’re 18.

Plus, in order to get more dwellers, the children would have to procreate before the age of 18. Totally abhorring.

The Vaults were never meant to save any one

The Vaults were a lot of things. I think the U.S. Government mandated a certain number be built per major population centre to reassure the people that something was being done, and distract them from possibly questioning whether the seemingly inevitable apocalypse their government was herding the world towards was even necessary. So some (Like Vault 75) served a clear purpose towards the Enclave’s goal of colonizing another world, or recolonizing America, while others, like Vault 95 or Vault 114, were basically just built to fuck with people because they had a quota of Vaults to build.

But, in the end, the only facility designed to ACTUALLY save people from the apocalypse was the Poseidon Oil Rig (Enclave).

Ironically, as Vault 8 proved with Vault City, if each and every Vault had been legitimate and performed as advertised, civilization would already be rebuilt. Though to be fair, without the kind of madness that made the Vaults and their experiments a good idea, or lead to places like the Big MT or Mariposa, the war probably wouldn’t have happened in the first place. Most of the post-war woes in the world are due to pre-war bullshit getting loose, not because of radiation induced mutations (Though those don’t help!)

One has to wonder if the rest of the world was as utterly mad as the US was before the war, and what THEIR wastelands look like?