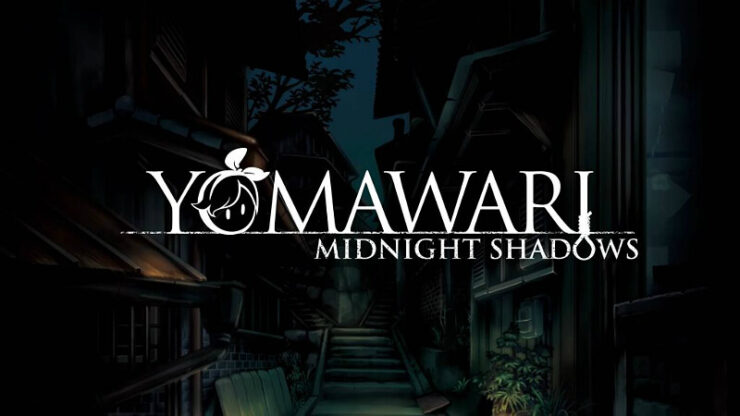 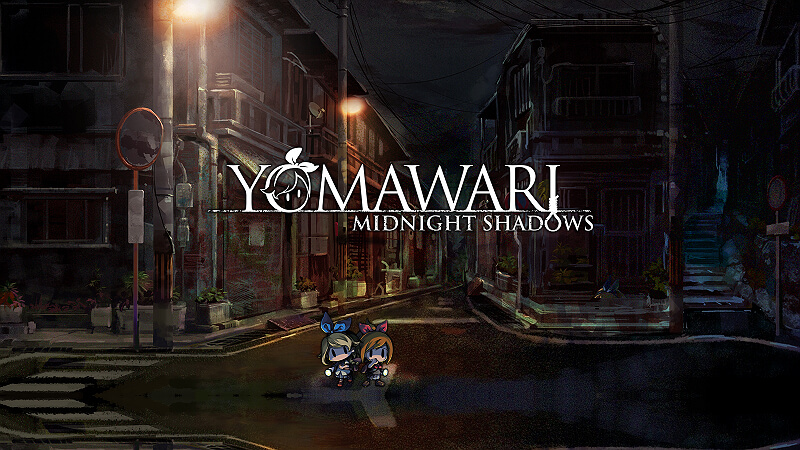 Yomawari: Midnight Shadows – in the center of the plot of the game there are two beautiful young girls who visited the fireworks festival and went home together late at night as walking alone in the dark is not the best idea for a girl.

But suddenly, there was a mysterious stranger who separated them from each other. From now on, they will try to survive the sinister night darkness that hung over their once beautiful city in order to be able to meet again.

Immediately after the prologue, comes the first chapter, and with it comes the story of two close friends, Yui and Haru. It turns out that Haru will have to leave soon and the friends, fearing the imminent breakup, decide in the end to spend time together and watch the fireworks from next to a mountain to be able to see better, while holding hands.

Fireworks end at dusk, and on their way home, our friends are separated and lose each other. Haru, realizing her friend is gone, thinks she went to her home but she is not there. After waiting for a little while, she goes in the search of Yu. 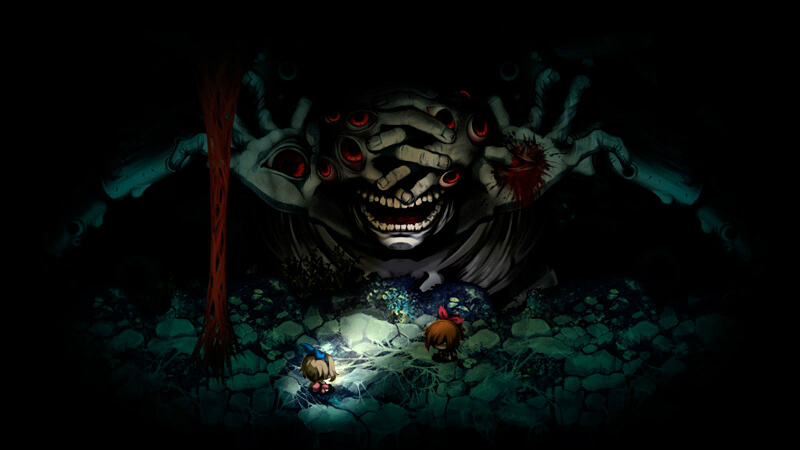 The game takes place at a leisurely pace for about six to seven hours, and the script itself leaves a very double impression because for exactly half of the game nothing happens at all, except for the monotonous running around the city and the surrounding area. Only after the reunion of the two friends, the plot gets some kind of understanding and intrigue.

The game consists of ten chapters, and in almost each of them, we take turns controlling both characters. As the developers promised, the game world is not only slightly increased in size, but also became a little more diverse, because Haru, as the main character, is now available for research and some additional areas are also available, for example, a library and a sewer.

In each chapter, you have a clearly limited path that varies in the form of several adjacent streets, and all the roads to the rest of the areas will be blocked by the spirits planted on them, which completely kills the essence of the open world. This becomes fully open only in postgame. 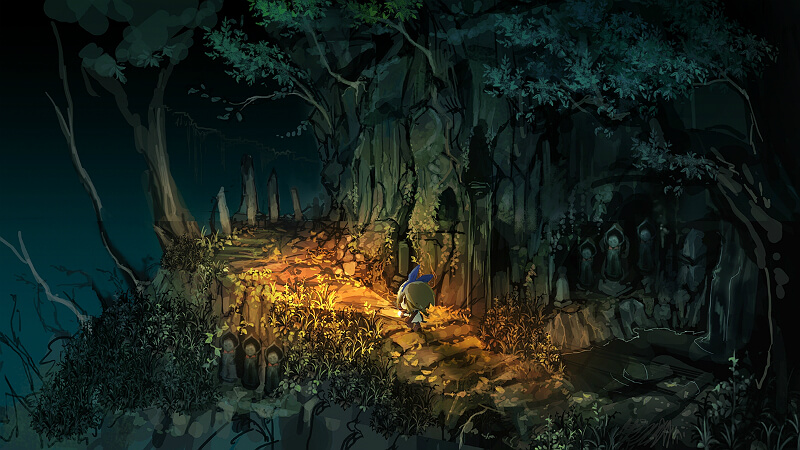 Gameplay has not changed much since the first part. The main character controlled by us is Haru, and her only companions throughout the game will be periodically Yui’s resorting dog named Chaco and a flashlight. The flashlight is everything that is in the game because Haru is only a primary school girl and shotguns are just not necessary.

The graphics and style of the game are made in dark colors, but the atmosphere is not frightening, and the panache, which sometimes seems to be drawn by hand, only complements the impression of the project. The game has a few moments with a change of perspective on the side, and the statement of several layers of the background in a single picture also makes us admire the skill of designers.

Separately, I want to say that the atmosphere is not meant to be scary and although the game has four or five screamers, they do not make it terrible. 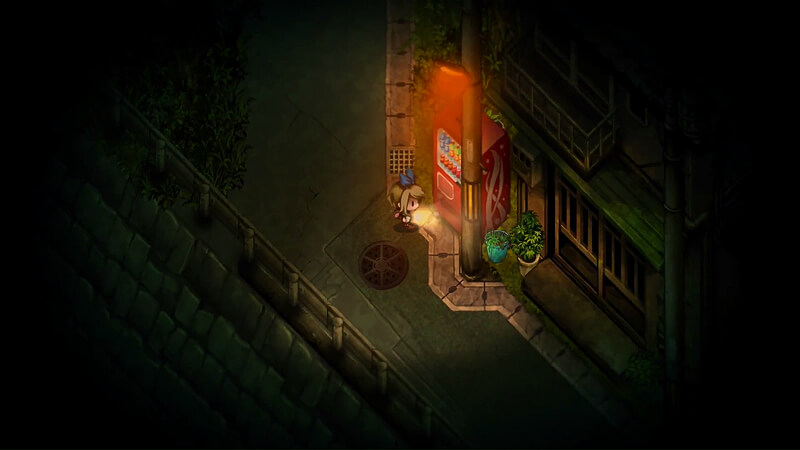 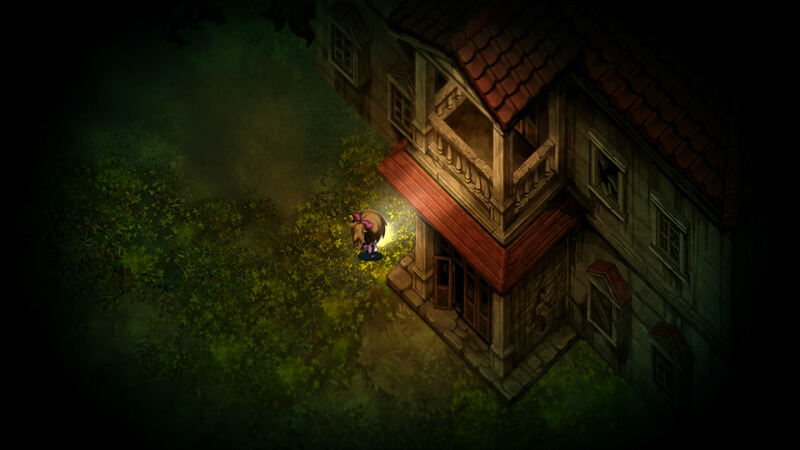 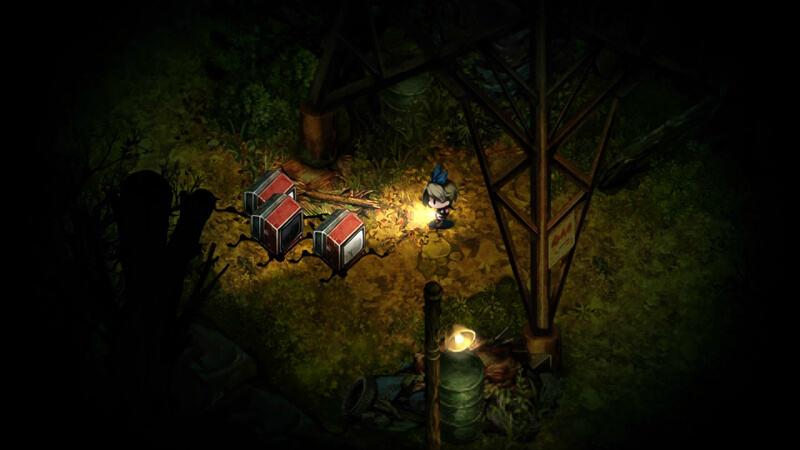 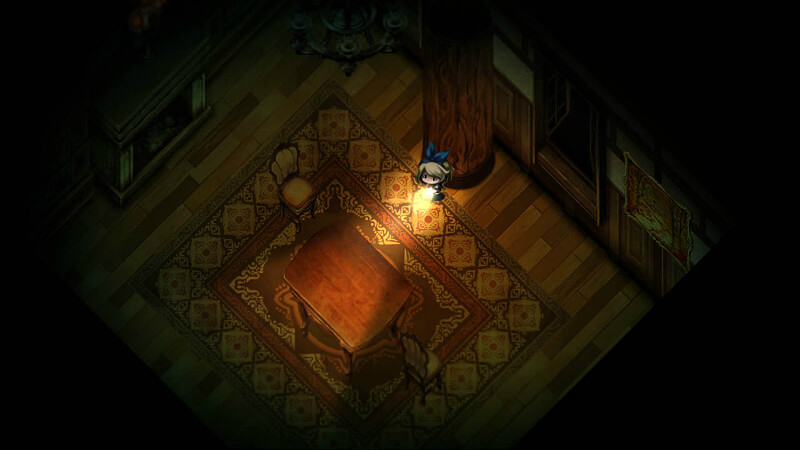