Down goes another tyrant: failing in Rogue State 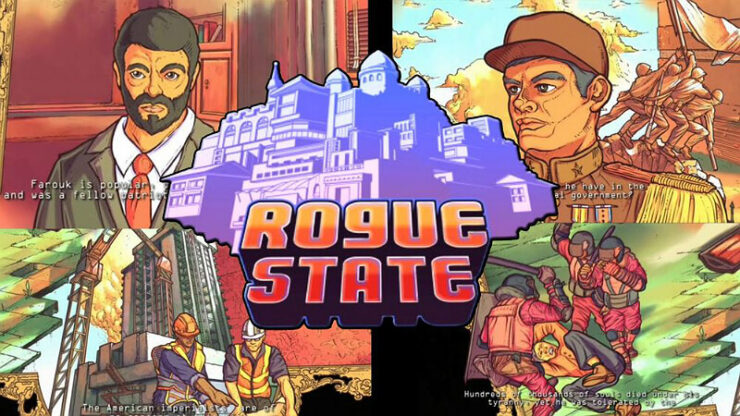 After about fifteen tries at Rogue State, I feel like I must be missing something critical.

I’ve been a huge fan of the Civilization series for some time; pretty much all world building games tickle my fancy. Therefore, I tabbed Rogue State, the second title from U.S.-based Little Red Dog Games, months ago as one to look out for.

I’d dominated the AI and some of my friends in enough empire vs. empire matches to think that I would cruise through this political simulator and lead the newly restructured nation of Basenji back to glory.

How hard could it be to keep my people happy after freeing them from an oppressive tyrant?

Turns out it’s damn near impossible, but you’re going to want to try until the sky cracks open. 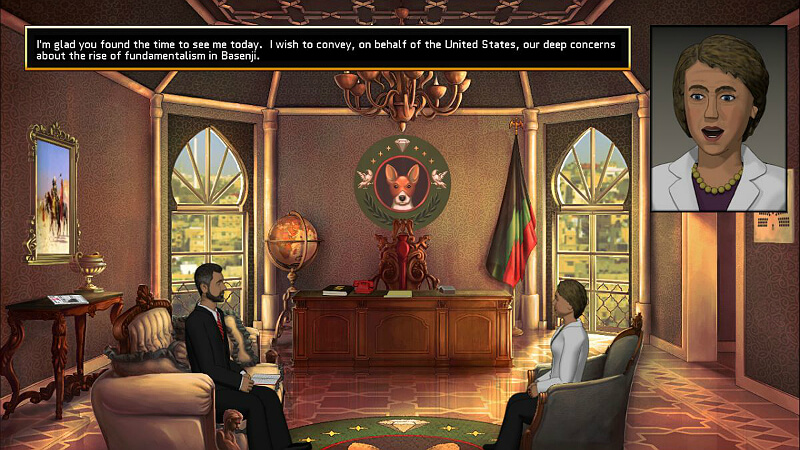 My first reign started off swimmingly: military support was strong, cash flowed into the national coffers, and my policies kept all four factions (patriots, liberals, capitalists, and fundamentalists) either happy or stagnant. Each political maneuver will have positive or negative effects within a faction, so carefully balancing one move against another is critical.

Legalize gambling and the capitalist’s cheer, but the fundamentalists condemn you. Allow a free flow of foreigners to seek gainful employment and risk enraging the Patriots. I tried to keep an even keel to appease the people, and it worked for a while. That’s when the chaos factor started kicking in.

Rogue State has hundreds of randomly generated events, most of which have multiple choices, which influence opinion of your reign both at home and abroad. The struggles started with the fundamentalists demanding the ban of western-style haircuts. Refuse and their approval rating plummets; relent and the liberals cry foul. I chose the latter and suffered a drop. 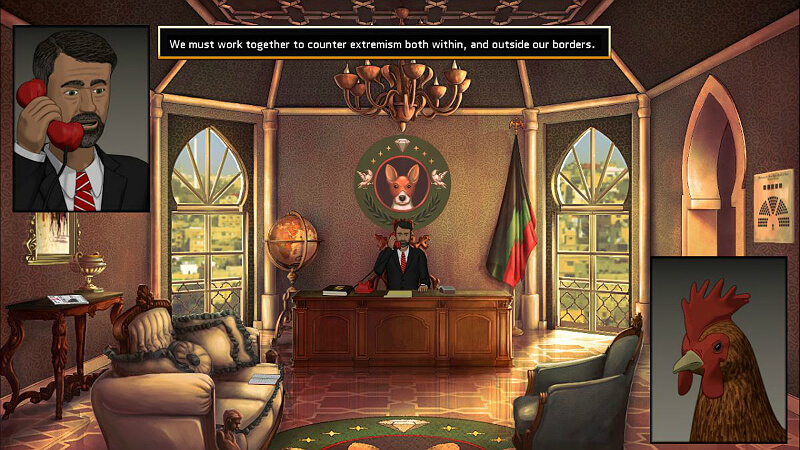 I tried to even out the score and bring up the ratings of the liberals, but then another more drastic event occurred: one of my loyal cabinet members had been assassinated in the middle of the night. Then another. Suddenly I had one liberal cabinet member who hated me sitting next to my dear scheming brother Farouk waiting to seize power. Riots began to break out, and soon a coup enveloped the city and ended my short time in power. Farouk is the worst.

The next game, I tried to screw over one faction and focus on all the others, the ones my cabinet members supported. Didn’t take long for another minister to get whacked, the riots started even earlier, and soon I had to decide whether or not I would back the U.S. in condemning one of my neighboring nation’s chemical weapons plans. Due to my minute military, my neighbor invaded the next turn.

As I was trying to focus all of my finances on employment and healthcare, Chickenistan quickly marched in and wiped out my limited armed forces. Another uprising from Farouk. Game over. I tried strategy after strategy, but all ended in failure. A well-delivered on-message speech helped slow the next failure, but with 23 being my highest turn, it’s not exactly worth bragging over. I felt my burning desire for glory and political fame to be slowly turning to ash. I started to think I was missing a key element to the game.

I’d love to say there’s deep gameplay, and there certainly seems to be. I just can’t get where I need to be to say with 100% certainty. I’ve been nowhere near acquiring nuclear bombs or brainwashing assassins and what sort of possibilities they open up, and my hydroelectric dam kept stalling out due to my reluctance to wipe out a native species of frog.

I only saw a few of the random events more than once (apart from the obligatory loyal supporter getting offed), and even making the same choice lead to differing results. I was constantly walking a tightrope, and even a few steady steps felt like a success. I plunged in again and again, only to crash into the same wall somewhere between turns 10 and 20. Farouk took power, I fled in exile, and all the work I put in burned beneath the corpses of my slaughtered allies.

Aesthetically, the game is almost too clever for its own good. The opening theme reminds one of Borat and the repeated “Basenji! Basenji!” chant has been stuck in my head from the get-go, much to my editor’s dismay. Everything about the design from the nation’s red dog state seal to the chicken president of a potential neighbor three-clawed trade deal signature to the hilarious accents of the American ambassadors is meant to amuse, as do many of the events (no, antelopes do not actually lay eggs). You’ll fail, but at least laugh as you shatter under the weight of another uprising. 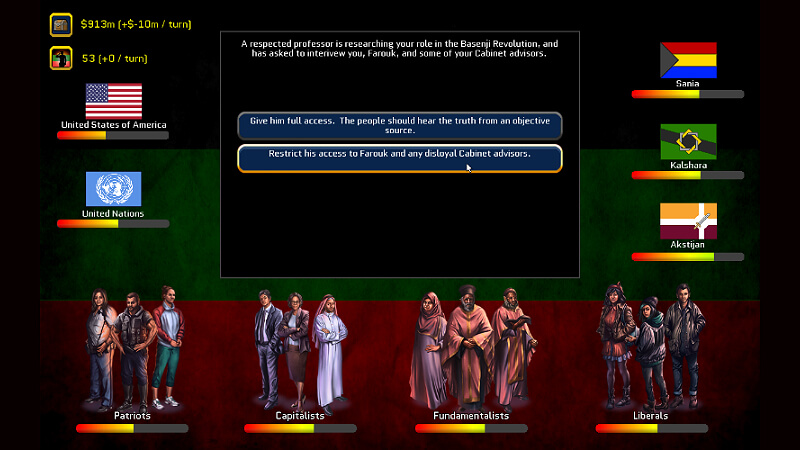 All of my fuckups made me wonder just how much Little Red Dog Games wanted players to empathize with the reconstruction of a failed state. We’ve seen far, far too many societies collapse following overthrows and international wars. Without preaching to specific nations, it’s probably a bad idea to invade a violent unstable country, but probably an even worse idea to leave altogether before something lasting is in place.

Perhaps unsurprisingly, the turn in which I lasted the longest showed the value of an often unused tactic in military civ games: isolationism. I traded with the Chicken Kingdom to gain material bonuses and nobody else. Eventually, a cascade of shitty events ended my run to glory at turn 24. It was a crowning moment.

I highly, highly recommend Rogue State to all fans of Civ and anyone looking for a real challenge. I always thought I was good at these games; Little Red Dog Games either made a game to truly challenge the nation builders among us, or I’m not nearly the player I thought I was. The devs kindly emailed me a few tips, so expect a glorious second post at some point in the near future. For now, consider me another failed dictator.

GTAmes
I’m not a Monster