Copper Watering Can: How is This an improvement? 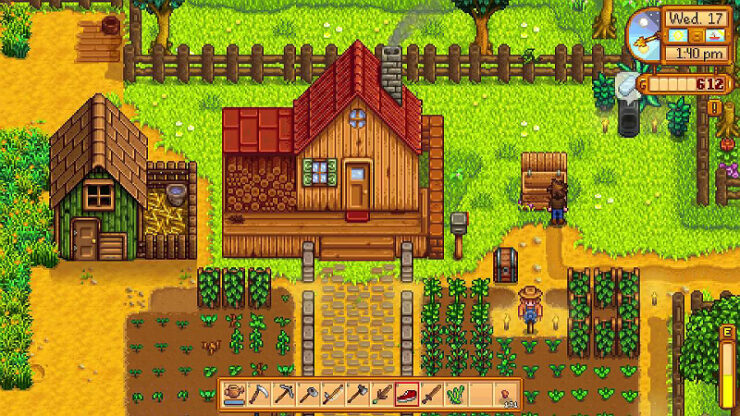 So, I just got the copper watering can as my first upgrade thinking it would be like in Harvest Moon where it quickly waters the three spaces in front of you. Nope. Instead it has to be “charged” (taking as long as just clicking on three nearby spaces). Worse instead of watering the three spaces you’re facing (in front and at 45-degree angles), it waters the space in front of you and two spaces in a direction that’s often unpredictable, even with “Show targeted tile” on (sure, it highlights the three targeted tiles-when it’s too late to cancel): often my character will spontaneously turn 90 or even 180 degrees to water the entirely wrong tiles.

This can be controlled to some extent by watering in lines, but that’s not the most efficient way to do it since you need to keep running around instead of standing in one place and watering the surrounding tiles. The only improvement is that it doesn’t need to be refilled as much, and that’s counteracted by the fact that you’re constantly having to run around to ensure you water in the right direction.

In contrast, the regular watering can lets you stand in the middle of a 3×3 area and quickly click all nine tiles, and is MUCH faster than three uses of the copper can (even if it goes in the right direction). 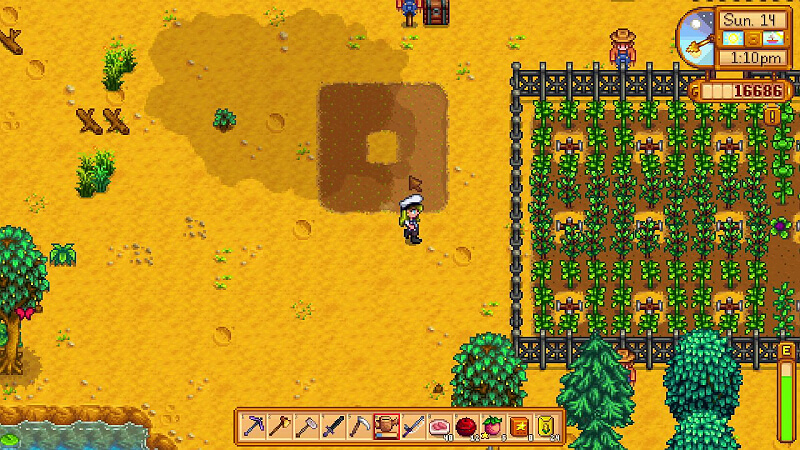 Net result: Same energy cost as the original watering can, 50-100% MORE time spent watering crops, and a TON more stress since you need to make sure you’re positioned just right to avoid watering in the wrong direction. If I could pay Clint 2000g to return it back to the normal can I would do so in a second.

My advice: Learn from my mistake. Spend your first set of copper bars on a pickaxe or axe and don’t upgrade your watering can until you can get at least gold.

And here’s hoping a future update makes the copper watering can actually useful, by letting you use it as quickly as the regular can (it doesn’t need the charge animation, as though it has to be “balanced” versus the unupgraded can; an upgrade should be a strict improvement) and fixes the Octodad-style controls (or at least fixes the “show targeted tile” option to show all tiles and not just the first one).

EDIT: I guess to make this more productive: does anyone have any tips on how to use the copper watering can that would make it actually better than the regular watering can? I want to say that it’s not as completely worthless as it appears (surely, it would have been fixed by now if it was), but I can’t see any way to get better use out of it.

And sure, if you moved to each individual tile before watering it with the regular can, the copper can would be an improvement, but I can’t have been to first person to figure out how to use the regular can to rapidly water a 3×3 area while standing in the middle of it (it should be second nature to anyone who’s ever played Harvest Moon or similar games).