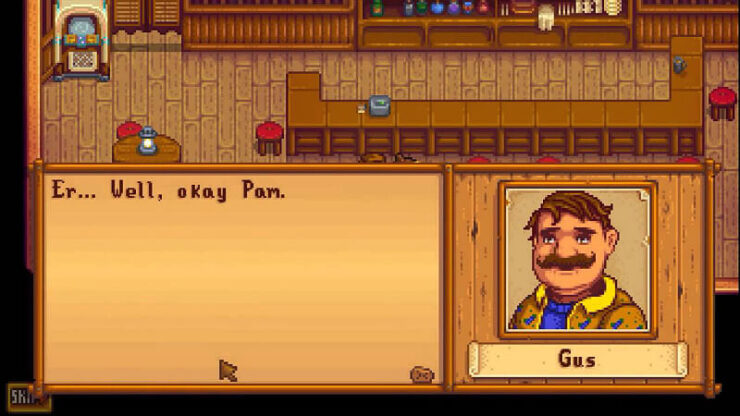 Stardew Valley is a game like every other game which brings with it, lots of fun and excitement. The storyline entails inheriting a certain piece of land from your dead grandfather at a young age. This farming simulation game would charge you to become productive, using that piece of land to achieve your purpose and a good living standard for yourself.

Notwithstanding, the game also gives you a chance to associate yourself with the community by creating, maintaining, and improving your relationships with the villagers and one of the villagers include Stardew Valley Gus. Thus, this article will further tell you what you need to know about Gus.

To begin with, where is Stardew Valley Gus?

Gus can be found in Pelican Town, Stardrop Saloon which he owns. He lives inside the Stardew Valley Saloon also. In the community, he is closer to Pam who visits the Saloon frequently. He is also Emily’s employer whose working contract is only part-time. Categorically, you will be right if you end up saying Gus is the Cook of this game. He takes joy in what he does and can be seen working tirelessly in his Saloon. 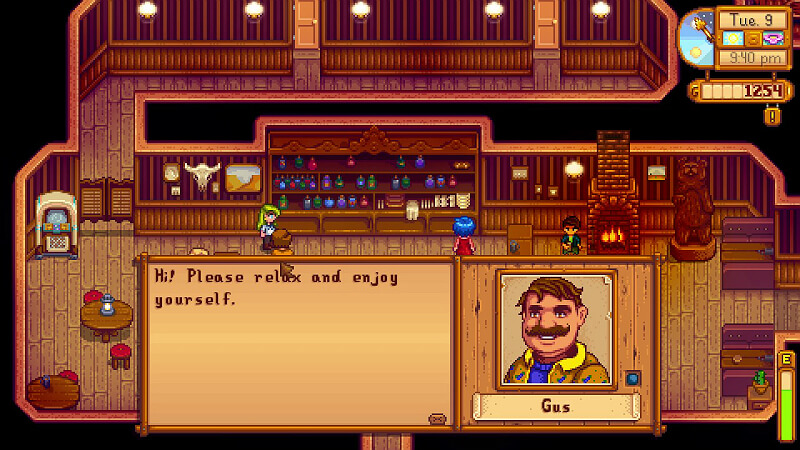 Gus hardly goes out because he doesn’t have many friends except for Pam. Therefore, you would also meet him in the Saloon at exactly 10:00 AM to noon. Also, he steps out occasionally to either the Community Center or Pierre’s General Store. Gus is hardworking as he can be found manning the bar.

He also offers a wide range of food and cooking recipes, which he sells to the community. Gus loves cooking and mostly oversees the cooking aspect of any function, workshop, party and so on. Gus doesn’t joke with his health and sometimes visits the Clinic for a regular checkup every 4th of Fall.

Gifts are one aspect of this game you won’t be able to do without. The game offers you a wide collection of it, this is left for you to know and choose wisely so as not to affect your relationship with another villager – Gus. These gifts can improve, maintain and reduce your friendship points with a villager.

Also, giving a villager a certain gift he or she cherishes on his or her birthday will automatically give you an 8times reward. Be that as it may, don’t forget Gus’s birthday which falls on the 8th of Summer. You are also allowed to give him 2 gifts per week. Here is the list of Stardew Valley Gus gift;

Gus cherishes every item cherished by Stardew Valley villagers. Do you want to see Gus smile wholeheartedly? Then give him gifts like Orange, Diamond, Fish Taco, and Escargot. Gus also likes Daffodil.

However, endeavor not to present him with Wild Horseradish, Quartz, Coleslaw, Salmonberry, and Holly. He hates these mentioned items, and this would end up affecting your friendship points with Gus negatively. 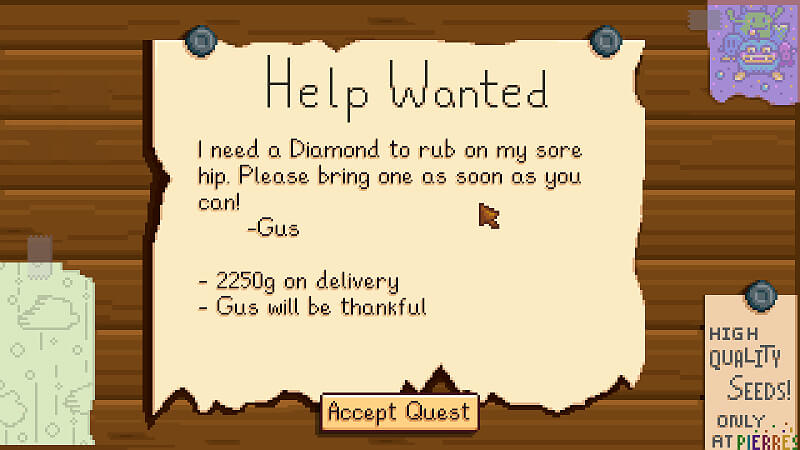 On the 26th of Winter, Gus would request for an Albacore. The rewards also include the gaining of a friendship heart and 600 gold.

Also, endeavor to check the “Help Wanted” board placed just outside her husband’s store as she often posts her requests there. Each item’s reward is 3 times more with an additional 150 points of friendship. 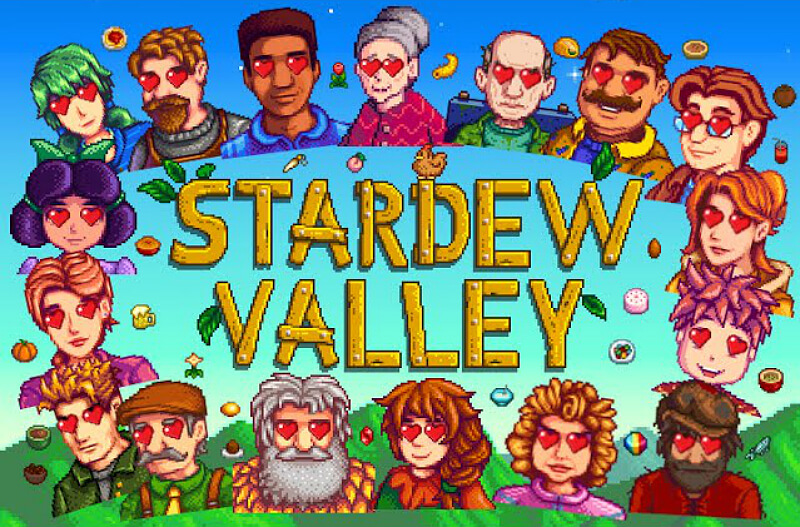 With Gus, there is an additional chapter to his life – relationship. If you’ve attained 3 heart with Gus, he will be pleased to share one of his secret cooking recipes with you. This is the Salmon Dinner recipe. This dish will help you gain an extra +56 health points and +125 points of energy.

The four-heart event unfolds at the Saloon. In this event, Gus would be seen battling with financial problems regarding the Saloon. This would make him very upset, coupled with the fact that his best friend, Pam always takes a drink without paying. Even if it is eating him deep down, Gus still wouldn’t be able to say a word of it to Pam.

He doesn’t want Pam to take it the wrong way and end up losing her friendship. Walk up to Pam and explain the financial challenges Gus has been facing lately in his business, she will eventually pay. Your reward is will be a +50 Friendship points.

With 7 heart, Gus will also share another soup recipe with you – Cranberry Sauce. The positive effect of this recipe will be felt immensely as it automatically improves your energy and health altogether by 125 and 56 points respectively. This sumptuous dish also will provide you with +2 mining buffs which can be used only for about 3 minutes and 30 seconds. Gus heart event is fun and enticing.