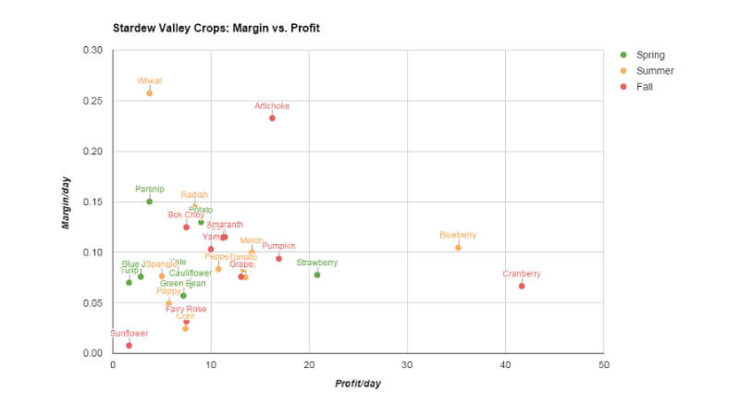 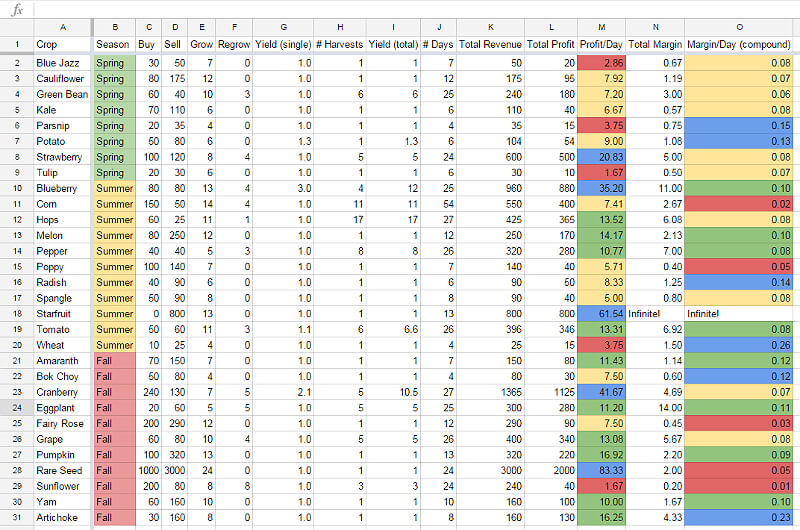 Grow Potatoes in Spring (Strawberries if you have them), Blueberries in Summer, Cranberries in Fall. If you’re cash-strapped, consider Parsnips (Spring), Radish (Summer), and Artichoke/Amaranth (Fall).

I’ve been playing Stardew Valley pretty much constantly since launch and am in love. I have a ton of nostalgia for Harvest Moon on the SNES and Stardew Valley improves on that in every possible way while adding a bunch of new stuff as well.

I’ve been looking at crop guides trying to maximize profit (the most popular seems to be this one). So far I’ve only seen ones that calculate profit-per-crop-per-day, which is useful, but it’s only half the picture.

If you’re only looking at profit per day, then kumquats looks really good – that’s 50g/day, 10x the 5g/day you get from lettuce! What you’re missing is of course that kumquat seeds cost a lot more, so you can plant more lettuce than kumquats as long as you don’t have infinite money.

You really care about two things:

In the graph I linked above, the farther a crop is from the bottom left corner, the better it is in general. As long as you’re cash-limited, you want to pick crops farther up on the graph. Parsnips are a great investment in your first Spring, for example, with Potatoes a close second. Later, once you’re limited by how many individual crop tiles you can maintain, you want crops farther to the right. Cranberries are absolutely fantastic in Fall if you’re rich enough to max out your farm space while buying the relatively expensive seeds. 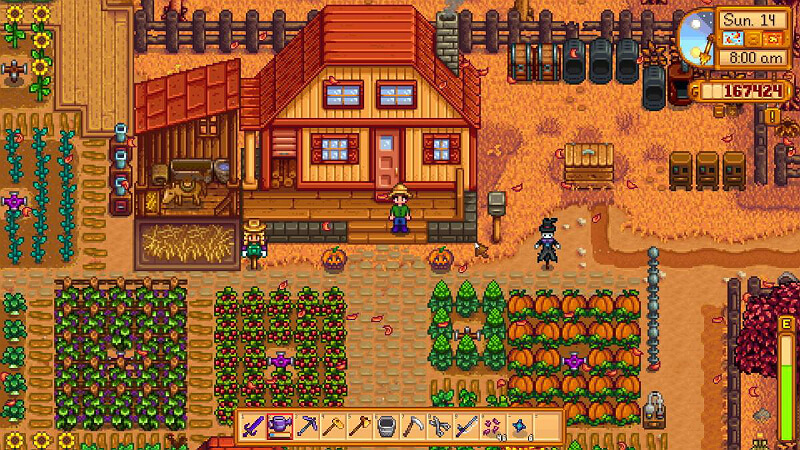 Some tips you can get from the graph: 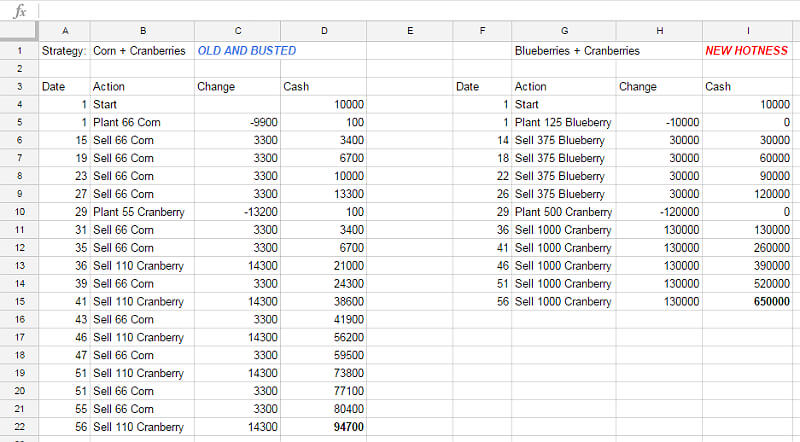 Hope this was helpful!