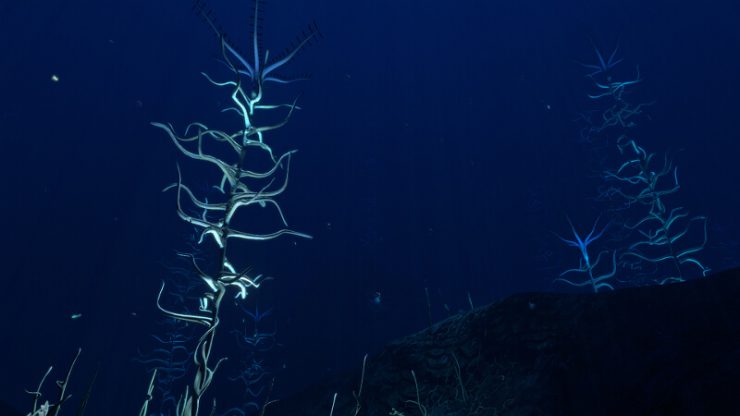 The Blood Kelp Zone is definitely my favorite biome in Subnautica. It is the only biome that is truly unsettling in my opinion. Sure, the creatures in other biomes are scary, but in the Blood Kelp Zone, the very environment is ominous, made more so by the creepy soundtrack, fauna, and large blood kelp plants.

But there’s a problem with the Blood Kelp Zones…specifically the second one. The first zone is in an easy-to-access location, bordering the Grassy Plateau, and having many important resources, such as Lithium, Diamond, and Uraninite. There is also a wreck here.

The second Blood Kelp Zone, however, is very deep, has many threatening creatures (such as the Crabsquid, which is not found in the first) and is very hard to traverse due to this. In addition, it is located very far north on the map, therefore making a Cyclops rather necessary to reach it and a Prawn suit needed to explore it safely.

This is quite disappointing, for such a large and unique biome! I think that this creepy and interesting environment should have a bit more to it (Possibly more unique creatures in the Second Zone?), which might make it a more desirable location to go to. 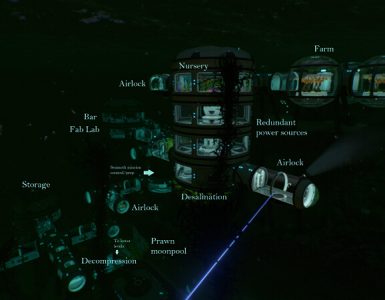 I made a Subnautica base (“New Fiji”) that complements the terrain of the Southern Kelp Forest. Vertical base stratification provides a lot of potential for unique base design, but whenever I tried my hand...