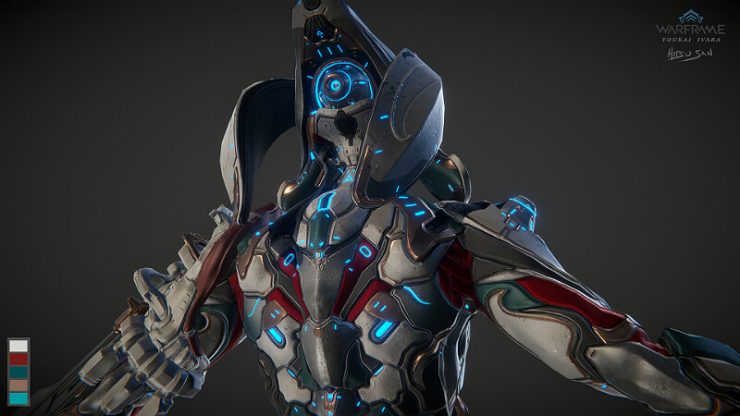 Choosing the right weapon is less important than it was a month ago. Previously, your 4th ability (Artemis Bow) would behave as if it were affected by mods from your primary weapon. That meant that you were HEAVILY encouraged to choose primary weapons that could have mods that apply to bows (ie: no shotguns, and avoiding any weapon-specific mods/augments/rivens). But this is no longer the case; Artemis Bow is modded separately. There’s still a couple things to consider: you very much want silent weapons, since your main source of invisibility, your 3, uncloaks you temporarily if you use a loud weapon, which means loud weapons need to “waste” a mod slot to make them silent. Crit weapons are also preferred; headshot crits are particularly strong, so this works really well with her headshot damage buff her 3 gives her. She technically also has an extra bonus for non-hitscan projectile weapons in that she can use her 2, Navigator, to control them and gain a large damage buff, but… eh, Navigator is a bit clunky to use, IMO, so I personally end up usually ignoring it. So a couple weapons to consider:

But again, you can run essentially anything along with the mod to silence it: snipers, shotguns, launchers, etc.

I’ll also note that for melee weapons, since her 1st ability includes an arrow that makes enemies in an area fall asleep, allowing for stealth melee finishers, she can utilize daggers, with their unique mod “Covert Lethality” fairly effectively. (This makes all stealth finishers kill the enemy, regardless of the enemy’s health. Since finishers are relatively slow, as you get melee weapons that can basically instakill high-level enemies anyway, this becomes less and less useful [unless you’re doing any extreme several-hour endurance run endless missions].)

Anyway, so the build you’ll want to run on Ivara is going to largely depend on what skills you expect you’ll be using. So let’s go through what her abilities scale off of, and various thresholds you might want to meet:

You also have fairly low health, low shields, a negligible amount of armor, and a metric ton of energy.

IMO, the highest priority for a good general Ivara build is to be able to stay in Prowl indefinitely, due to how much survivability, utility, and damage this gives you. This implies a couple of things: you want to avoid moving around unnecessarily (since the energy drain triples when you do), and you want to maximize how much you’re stealing from enemies. So we need enough combined efficiency and duration to get the energy drain to minimum, high duration to lower steal time, power strength really close to 100% to basically guarantee stealing will be successful, and… a whole bunch of range. The reason for this is that you’re slower than most enemies while you’re in Prowl, so without a good amount of range, enemies will often leave the radius before the steal finishes (even if they’re running in the same direction you are), and even rolling to move faster will just take them out of the radius; with exceptionally low range, you’ll actually have to wait until they stop moving to steal reliably. As a secondary goal, it would be good to also get power strength past what you need due to how well Artemis Bow/the headshot multiplier scale.

So, my preferred build is:

In general, the easiest slot to swap out is going to be Stretch, in case you want to run some specific utility mod or augment or something. In particular, Infiltrate is worth considering, since that will boost your speed while prowling and compensate reasonably nicely for the reduced range. Piercing Navigator is generally considered not worth it, Concentrated Arrow requires some more significant changes to the build, and Empowered Quiver is fairly nice (can also be swapped out for Intensify if you only care about the status effect protection).

If you want to go more into duration (maybe you want to provide long duration invis bubbles for your team or need to make sure sleeping enemies won’t wake up any time soon), swap Stretch for Constitution and Fleeting Expertise for Streamline for a 254/130/124/140 stat distribution. (You can also swap Intensify and/or Transient Fortitude for Stretch or even Augur Reach, if you’re going all in on invis/sleep arrows, but keep in mind the effect this will have on Prowl.)

If you’re going for a Concentrated Arrow build, you’ll realistically unfortunately have to drop quite a bit of duration: drop Narrow Minded, add Concentrated Arrow, replace either Intensify or Transient Fortitude with Energy Conversion. It’s also possible to ignore Prowl entirely and go all-in on power strength which gives you absolutely disgusting Artemis Bow stats, but you’re much more vulnerable (and at some point that ends up being a whole separate build, because good luck fitting all the power strength mods with the polarities this build requires).

For just regular basic low-level missions, I swap out Overextended and Transient Fortitude for Quick Thinking and Infiltrate (or another utility mod). You lose a lot of the utility that comes with losing that much range, but in fast missions, I just want to sprint and bullet jump through the level for the most part, and have Prowl as something I can turn on in short bursts when necessary. Quick Thinking makes me moderately tanky, and Infiltrate is just a good default to have (that I can swap out as the situation calls for it).

As for Artemis Bow modding, the first 4 mods are easy: Split Chamber, Serration, Point Strike, Vital Sense. These go on every crit primary, so it should be no surprise that they go here. You’ll also want to use Hunter Munitions, since you’ll be critting all day and slash procs are the best way to scale damage (and you don’t have particularly high-status chance or slash damage to cause them otherwise). (It might be a pain to get this mod, but it’s not really necessary until against very high-level enemies.)

So that leaves 3 flexible slots.

Now, lots of people like building Artemis Bow with fire rate; fire rate affects the speed at which you draw back bows. You can fire most bows before they are fully drawn back, but they generally do less damage and the projectiles don’t travel as far. Artemis Bow isn’t like that: the only thing drawing back the bow does is rotate the projectile spread to be horizontal rather than vertical. In other words, if you’re interested in using it to clear crowds of enemies, you absolutely want to use (Primed) Shred: the fire rate makes it rotate to fire horizontally faster, and the additional punchthrough helps a ton as well.

Vigilante Armaments gives you a bunch of extra multishot; that’s always good (but nowhere near as necessary as Split Chamber, especially since you get diminishing returns from stacking more and more multishot).

Similarly, Heavy Caliber gives you a bunch of extra damage. The downside isn’t too noticeable, but again, it’s nowhere near as necessary as Serration, etc etc, diminishing returns.

You can just slap on some elemental mods for a bunch of damage, but that won’t really be handling the kinds of armor values you run into with high-level enemies gracefully with damage alone. The one exception is arguably viral damage (cold + toxin) which doesn’t need an exceptionally high-status chance to help; as long as you get one proc, it’ll massively boost your slash proc damage. IMO, this is only really a consideration in situations that call for extremely heavy single target; in 99.9% of cases, a few shots should be enough already without the viral status effect. Still, until you get to the point where armor is a real issue, elemental mods are totally fine. (There are also certain, albeit fairly rare situations, where you need a ton of a specific elemental damage type [eg: radiation].)

Finally, and most controversially, I’m going to recommend (Primed) Fast Hands, which is… universally considered a kind of crap mod. The reason for this is that while fire rate affects the time it takes to draw back the bow, reload speed affects the time it takes to nock an arrow. For regular bows that you have to draw back fully to get the full damage/distance, this isn’t really something worth considering, since the nock time is a small fraction of the time between shots, and it’s way more worth it to just scale fire rate. But the Artemis Bow is full damage all the time even if you just spam click, so the bottleneck for single target damage becomes the nock time.

So my 3 builds for the Artemis Bow are: 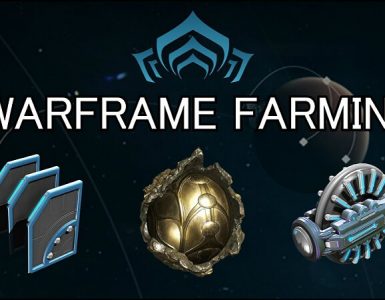 Hopefully this will help people who aren’t sure about the best places to farm, I’m going to be recommending the best spots based on which has the best map in my opinion, drop chances and what rotations those...

GTAmes
The best place to farm every tier of relic