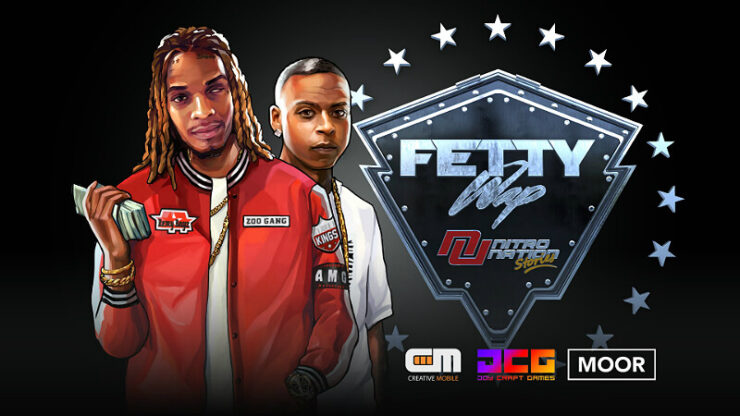 Fetty Wap Nitro Nation Stories is a five-chapter story about a young guy that builds a career as a racer. It should be noted at once that this Android application from the Studio Creative Mobile is not a full-fledged racing simulator – the possibilities for total control of the vehicle are largely limited. But for a casual race game is quite suitable.

The player is part of the star team and takes part in crazy races: there are records not only for speed but also courage. The first few races will be for training and useful to all participants: during the training mode, you get familiar with all the secrets and subtleties of participation in the races.

You must cope with everything regarding the management because the car picks up speed on its own and you, as the player, can only switch the gearbox and change the lane to get ahead of rivals. The use of nitro will allow the car to gain very fast high speed and leave the other participants of the race far behind. The in-game money earned for the successful completion of the race can be spent on the purchase of a new car or tuning your car.

Complete up your fleet, participate in races with friends – it will be even more fun than gambling!