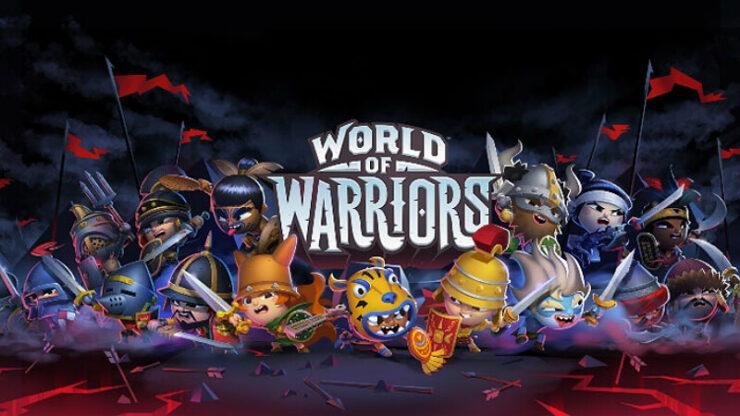 World of Warriors on Android – in front of you, there will be a huge number of fighters who came from different eras. They didn’t do it by chance. Because civilians are in danger, only a team of brave heroes will be able to help them. To resist the heroes, there are the most powerful monsters led by huge bosses.

All levels of the game are presented as turn-based battles, divided into several stages. You will not see here boring monotonous automatic battles. On the contrary, the player himself will command his small army, indicating the place of movement, as well as the type and strength of damage. In most cases, the mission will be divided into several stages, in which you need to destroy the enemies and go on a journey.

Every time, our soldiers will be in the place where the number of enemies exceeds their number. Since the game is a step by step one, we will have all known action points, in this case, three of them. Between these points, we will be able to move around the location or making a hit. It is necessary to take into account all the features of each of the soldiers to effectively deal with the enemies.

For example, the Roman is able to withstand a large number of direct attacks and quickly make a counterattack. The Barbarian is endowed with a huge sword, while he is able to move only one cell, but in return, you get the most powerful blow that allows you to take away almost all the health of any of the opponents. In the game, there is also a quiet killer ninja who will strike his blows at a distance, however, it is more fragile and can die quickly.

It is important to correctly combine all your soldiers and then you can win each of the battles, destroying both small enemies and their bosses. Each hero has its own weapons and unique characteristics that can crush any of the enemies. Do not forget about them and use the most necessary at the right time.