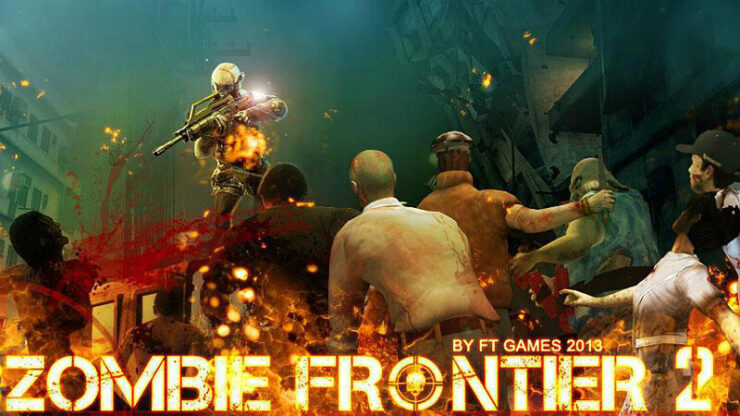 Zombie Frontier 2: Survive – the next zombie shooting gallery in which it is necessary to clear out all the locations from these disgusting creatures. In the second part of the game, there is a new weapon that you will need against even more brutal opponents who will attack from all sides. Kill the walking dead, otherwise, they will get to you and kill you. All you have to do is aim, shoot, and kill zombies!

After the first zombie virus, many people were saved, including thanks to you, but a new wave of strange virus T is again actively turning normal people into monster zombies. They say there is a Professor who is actively engaged in the development of an anti-virus, but it has not yet been created. You have to protect the laboratory until the medicine is invented and fight against these creatures during this time. Stock up on weapons and prepare for a long confrontation. Kill as many of these creatures as you can until a new cure saves humanity.

Upgrade and buy new weapons, develop new skills for your character. Together with cool visuals, the video and audio effects give the game a special atmosphere and realism. Good luck hunting zombies!