So is Ashur (FO3 The Pitt DLC) just really bad? 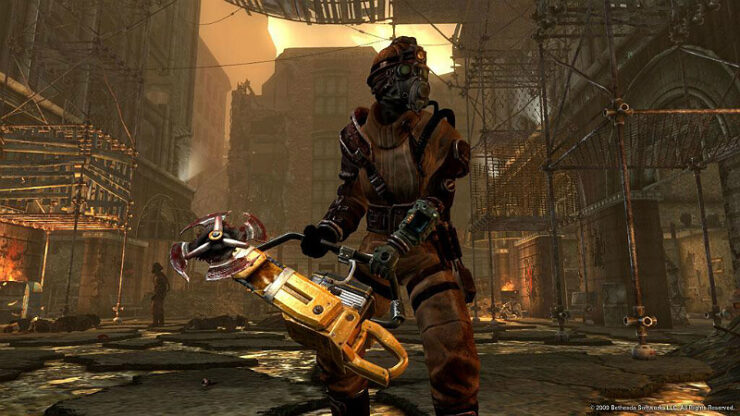 For everyone that hasn´t played the Fallout 3 DLC The Pitt, turn back now! This post contains spoilers concerning the main plot of this DLC. This was your spoiler warning!

So I just recently played through the Pitt DLC of Fallout 3 and I came to a conclusion: Ashur is just a really bad person. Many people have argued about Ashur being a morally grey man, because he just wants to help people by finding a cure for the mutations and the disease that plagues the people in the Pitt. But isn#t he the only reason for those people being sick? I mean we learn in the DLC, that Pittsburgh was hit really really hard by the radiation.

The rivers flowing through the city are so highly contaminated, that swimming in them makes your skins flake off and you get nasty pocks all over your body just by living in the city. After the Brotherhood of steel “cleaned” the place of mutants and diseased, Ashur was left behind, only to find scavengers, who searched the ruins for salvage they could use. He says, it was at this point, that he wanted to make the city a better place to live. Or did he? I mean he could have just left at this point, he could have gone back to the Brotherhood or go anywhere else, really.

But he decided to stay and enslave the people so they could produce steel. On top of that, the production of steel made the air around the Pitt even more toxic for the people living there. So all he did was bring even more people to Pittsburgh, just so they could produce steel there. He basically brings people into this hellhole. His reason for that is to make the hellhole a better place instead of just leaving it behind.

Plus, to make things even worse, he wants to “cure” the people in Pittsburgh using his only baby-daughter. Who says, that his wife can even extract the natural immunity of Marie? And even then, he just makes the people living there less miserable. It would still be hell to live in the Pitt. It´s like handing rad-away to people living in the Glow instead of telling them to go to Junktown or something like that.

And before anyone says anything, the alternative for the DLC is not better. Handing this innocent child to the slaves does not make it any better. I think everyone living in Pittsburgh should just leave as soon as humanly possible.

Enough of my ranting. If any of you got another outlook on Ashur and the Pitt, please let me know.