Apex Legends is a character-based battle royale. Apex Legends became popular because it was a fresh take on the battle royale genre with its fast-paced gameplay and a hero-based system. Apex legends also introduced new features, such as an easy-to-understand communication system, that rectified many problems that battle royale games had at that time. Apex Legends has become a big thing since its launch and, because it is free to play, tons of new players are entering this game.

Once a game becomes it is certain that gamers start becoming competitive at the game and figure out playstyles and tricks that give them an edge over the enemy. In a hero-based game like Apex Legends, the hero that you decide to play as makes a huge impact on your win rate. Here are our top picks for the most powerful Legends in Apex Legends right now.

Bloodhound is one of the best intel-gathering Legends in the game right now. Without a Bloodhound in your team, you are at a massive disadvantage.

Apex is a fast-paced game and, it usually rewards aggressive playstyles. If you also are an aggressive player and like to push enemies, Bloodhound’s scanning ability will give you a massive edge over them. Bloodhounds can also see the footsteps of enemies and the exact time those footsteps were created. This makes the bloodhound the ultimate hunter.

Just like Bloodhound, Octane is a Legend that benefits most with an aggressive playstyle. Octane’s strong suit is mobility and speed. Octane’s ability allows him to run faster than all Legends in the game.

Octans ultimate ability has one of the fastest charge times and, it benefits the whole team. If your squad injured a teammate of an enemy squad, Octane can place a jump pad which your squad can use to quickly push the enemy squad. Or you can use the same jump pad to run out of a fight, avoiding getting third partied.

Lifeline is one of the best support Legends in the game. Trying to push a squad that has a Lifeline can be very difficult. If there is no Lifeline in an enemy squad and you injured one of them, rushing that squad is a no-brainer but, if they have a Lifeline, she can revive the injured teammate with a press of a button. Lifeline’s D.O.C Heal Drone does the reviving while you provide cover.

Lifeline can also heal herself and her teammates that frees up slots in the backpack. Lifeline’s ultimate calls in a drop with loot and, after a recent update, there is always a guaranteed upgrade for you or your teammates in this loot drop.

Are you looking for a particular set of cosmetic items that are no longer available in the in-game shop? Or you only want to play a ranked match without logging in several hours in casual. Head over to “Eldorado.gg” where you can find Apex Legends accounts listed for sale with features ranging from high ranks to unique cosmetic items. 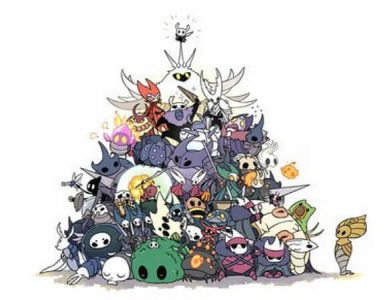