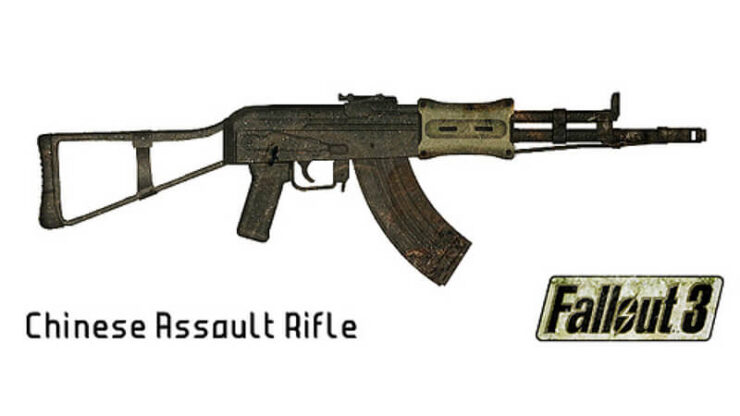 For the longest time, I always wondered how anyone could actually even locate twenty of these stupid guns just to give to Pronto in Paradise Falls but I finally figured out a method without trying to.

Start off at Mama Dolce’s, kill everyone there and give all sixteen of those guns to your companion.

Next head to Mason District where all those Super Mutants are hold up out in the open with that tied up human captive. After killing them there’s a truck nearby with three rifles in the back with numerous ammunition boxes.

From here you should have nineteen. The last one you can get any way possible. I found out though that if you have really high enough good/bad karma that Talon/Regulators will attack via when you come out of the Falls/Mason metro and almost always one of them will have a Chinese Assault Rifle on them so that’s how I got all twenty in the course of thirty minutes just from exploring.

The above are just some of the easier groupings to obtain at levels above 10 (IMO). There are a bunch more on various NPCs and scattered about in homes/armories/tunnels.