Most memorable quest in Fallout 3 (including all DLCs)? 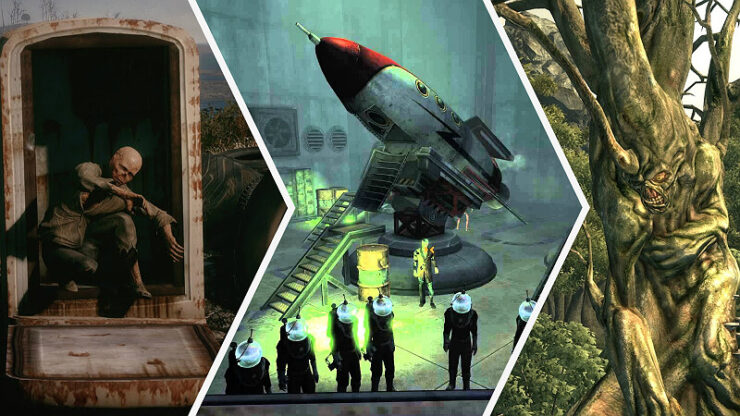 Just curious what your favorite (side) quests in Fallout 3 are! If I don’t reply to your comment, it’s because I haven’t done the quest you mentioned and don’t want to spoil it for myself haha.

My personal Top 5 favorites (no order):

This is a great quest, loved the detective work, the lore behind it (first time we are introduced to the Institute and the Railroad if I’m not mistaken), and multiple outcomes of the quest. Not to mention the quest itself touches upon some fascinating philosophical/moral questions, and is a great reference to Blade Runner/the book it is based on (Do Androids Dream of Electric Sheep?).

The more I think about, the more amazing the Replicated Man is. I think Harkness’ story before his life in Rivet City is extremely fascinating and would gladly watch/read a (well-done) film/story about it. His life as a synth hunter, the captured synths planting the seeds of freedom in his thoughts, the realization of his purpose, and his rapid escape and search for help, coming across the Railroad, who at first don’t believe him and think he’s there to destroy their organization.

This is such a fun little side quest with wacky characters that you just gotta love it. Seeing the comical battle between the AntAgonizer and the Mechanist on the streets of Canterbury Commons is something you don’t forget.

I hated this one the first time I played it, but on replaying, it is one of my favorite side quests. What starts off as a message delivery quest turns into a murder/kidnap mystery, with you having to scout out possible hideouts of the culprits – at the end of which, you meet a modern day vampire cult and have to convince their newest member to come back home or let them stay in the cult.

Haven’t played The Pitt, Broken Steel or Mothership Zeta yet, but I am pretty sure Point Lookout is still gonna be my favorite DLC. The place is so eerie and refreshing to the Capital Wasteland and the opening quest is some of the most fun I’ve had: entering an old mansion, meeting a mysterious ghoul, and then teaming up with them as you protect different parts of the mansion from a tribal attack – that was a blast. The rest of the main quest is fun too, but that introduction will always be my favorite part.

This is a great and memorable one for me too. Accidentally coming across an injured mercenary in Underworld, who then tasks you with rescuing the rest of the group who are stranded on the rooftop of a hotel after being ambushed by super mutants, was pretty neat. Fighting your way to the top and then defending you and the rest of the crew from the waves of mutants is all just some big and bloody fun.

Oasis, where you get to decide the fate of the tree-god Harold was really interesting, too. The Dark Heart of Blackhall was pretty neat as well, especially since it is related to the Dunwhich Building (which I haven’t explored yet but I’ve heard it is fantastic and extremely creepy)