Fallout 3 – The Legend of the Republic of Dave 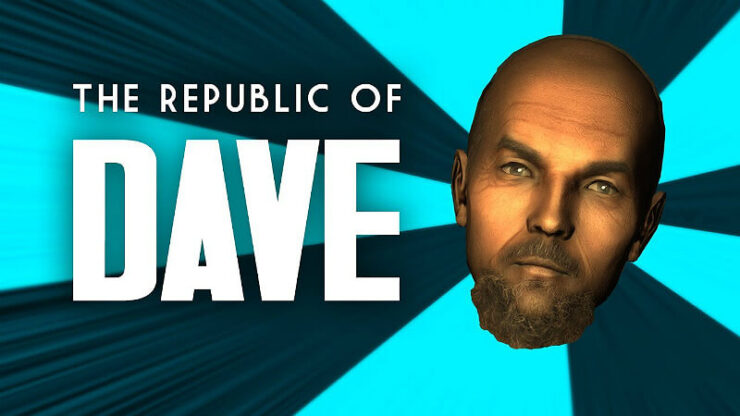 “Fallout 3 – The Legend of the Republic of Dave. A deluded president, an idiot army officer, and a bobblehead. This and more in this episode of Fallout 3 – Legends of The Republic of Dave is a small farming settlement in the far northeastern corner of the Capital Wasteland that is considered by its close-knit inhabitants to be a sovereign nation-state. In earlier years it was known as the Kingdom of Tom before being taken over by its current ruler, Dave, who subsequently allowed voting, and thus, it became a republic.

In his earlier days, Dave was exiled from the Kingdom of Tom and wandered the Wastes, gaining experience and maturing into a deadly mercenary. He returned, instigating a rebellion that eventually overthrew his father Tom, and renamed the Kingdom the “Republic of Dave”.

Despite its small size, the Republic’s economy seems to prosper due to increasingly rare trading with the caravans. It also has its own agricultural sector to the left of the entrance.

This is a small, fenced off community to the most North-Eastern section of the DC Wasteland. It is run by an idiot, but thanks to the unmarked quest Election Day, you can change who is in charge. As a result you get the perception bobblehead and a unique hunting rifle called Ol’ Painless

I hope you enjoy the episode.