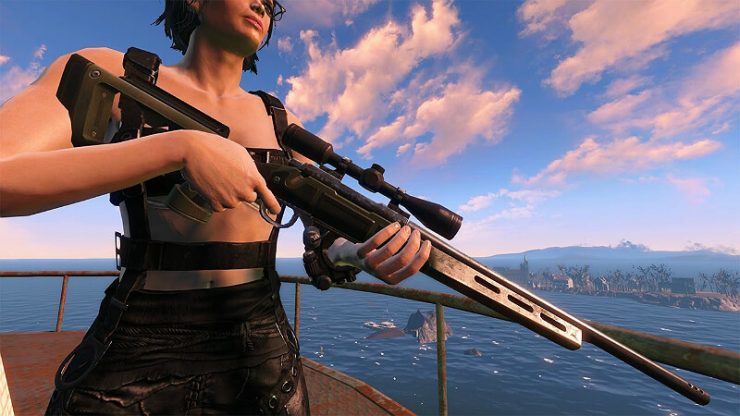 For the sake of this post I will be including “unique” and legendary weapons that are a guarantee spawn in every game. So for example, something like the Overseer’s Guardian will be eligible for this list because it is obtainable in every playthrough. Whereas a weapon such as an “instigating Gauss Rifle” is not, thus will not appear on this list. Why? Because the odds of running into any one of them is so low without hundreds of legendary farming time. That it is almost not even worth talking about. Likewise, these weapons will all be judged with the “ideal upgrades” not as they are found. As for my experience, I primarily play as a stealthy sniper who has put in well over 500 hours into this game. So that’ll be the frame of reference I am using here. So without further ado, let’s begin. 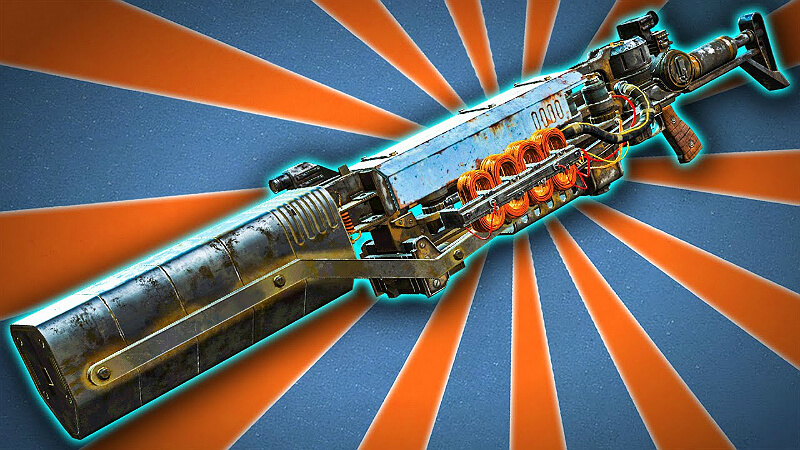 The Last Minute is unquestionably the best sniper rifle in the base game that you don’t need RNG to get. The goal of a sniper is the end the battle before it even begins without being seen and no weapon gives you that ability like this weapon. Combined with the various perks in the base game and Nuka-World (Ace Operator). This gun under the conditions of a sneak act can literally OHKO every single enemy in the game (including Shipbreaker from Far Harbor). While it’s crippling legendary effect (boost of 25% damage to limbs) is not the best effect in the game. It certainly doesn’t hurt the already considerable advantages afford by the weapons incredible base damage, which can reach the upper 500s when flushed with perks. It’s only real draw back is the extra ordinary expense of the 2mm – EC ammo. clocking in at 10 caps per shot (presuming you have all the appropriate perk investments). Meaning that it is by no means a one size fits all solution and is not economical against anything but the toughest enemies in the game. 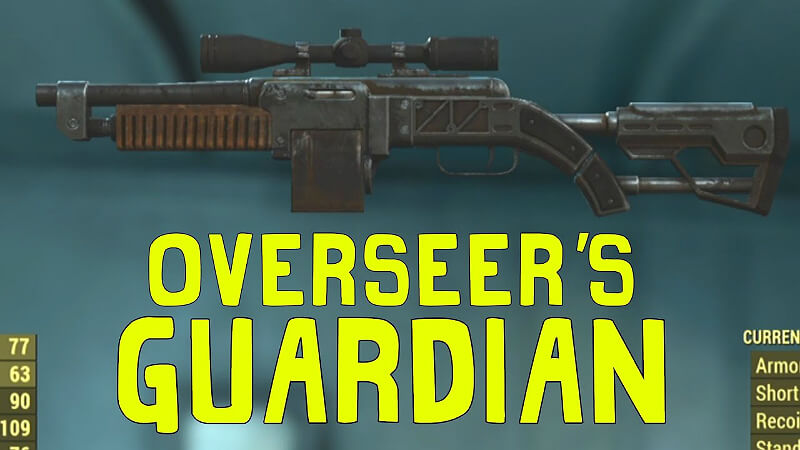 The two shot combat rifle known as Overseer’s Guardian comes in the number two spot. This is largely because it is the best at it’s specific role. It functions as the most economical sniper rifle in the game which you can also pair a suppressor. As the ammo is a very reasonable 3 caps per shot. While the upper range of it’s damage prevents it from being the end all be all solution against high end enemies such as Shipbreaker or Glowing Legendary Deathclaws. However, baring those very high enemies it is a truly all purpose highly economical option for those looking. This is also to say nothing for it’s massive clip size which can allows a desperation spray and pray in moments where you are up against the wall. Something that the Gauss Rifle simply cannot reproduce. 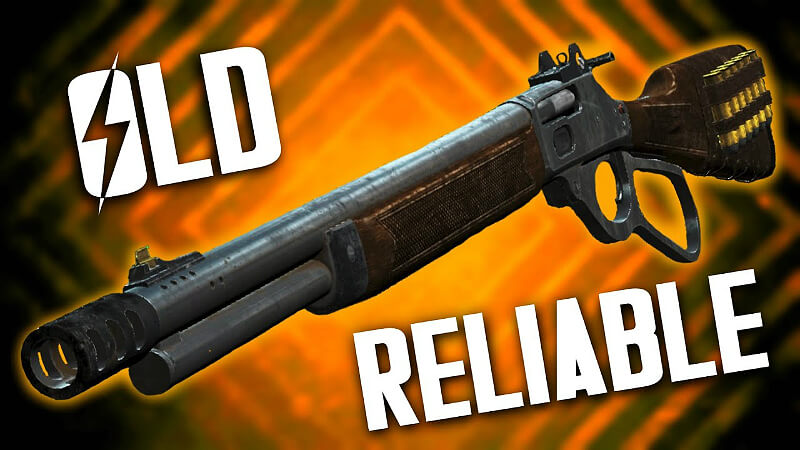 Old Reliable is a weapon that gets a high place on this list due to it’s extraordinary ability. However, it is deeply underappreciated for a reason that we will see more than once. Which is that Overseer’s Guardian can literally do everything it can do significantly better and then some. It does less damage per second, has a significantly smaller clip size, and provides less range. However, that should not detract from the excellent qualities that it does possess. It does technically do more damage per shot (though without the one hit wonder capacity of the Gauss Rifle) and similar to the Gauss Rifle it does have quite a bit of omph upgraded to the max. In short, the gun provides the advantages of both Overseer’s Guardian (economical firing) and the high powered ability of the Guass Rifle all while retaining that all important silence. However, it should be noted that it does all those things at a significantly inferior quality. 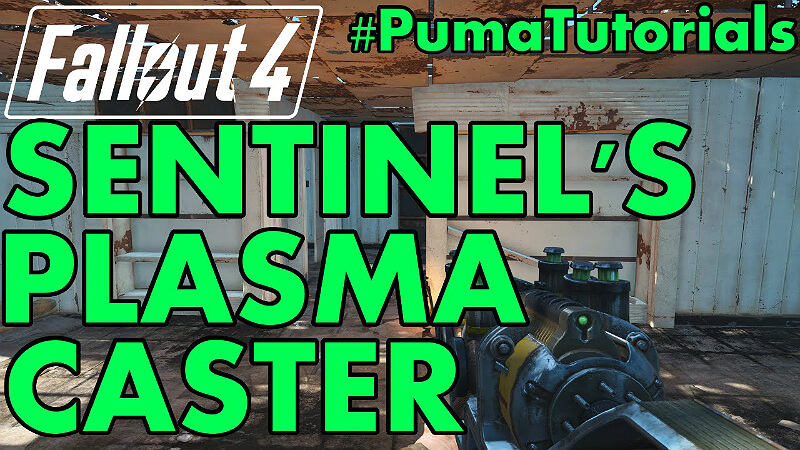 Next is probably the most underrated weapon in the entire game largely due to it’s lack of a silencer, which to be fair is a significant drawback. However, the excellent stats inherent to the Plasma Rifle and the best sniper effect in the game (The Instigating effect) more than make up for this rounding it out as one of the best sniper rifles in the game. The raw damage per shot this weapon can put out is only eclipsed by the Gauss Rifle, allowing it to turn the majority of enemies into piles of green goo with only one shot. However, what lands it below two guns with very little on it is the lack of a silencer. For someone who plays as a sniper stealth is paramount.

The reality is that most of your killing power will come from that eventual sneak strike 4.9x multiplier (maxed out with all perks) and remaining unseen for as long as possible allows you to get off as many 4.9x multiplier. This is not to mention focusing so much on the perception and agility required to reach this proficiency leaves you a relatively frail combatant regardless of how OP your sneak strikes may be. Thus eliminating your opponents before they see you becomes paramount. You can handle being in a shoot out for a little while but only a little while. Regardless the sheer power of this weapon makes up for these deficiencies in way few other weapons can. 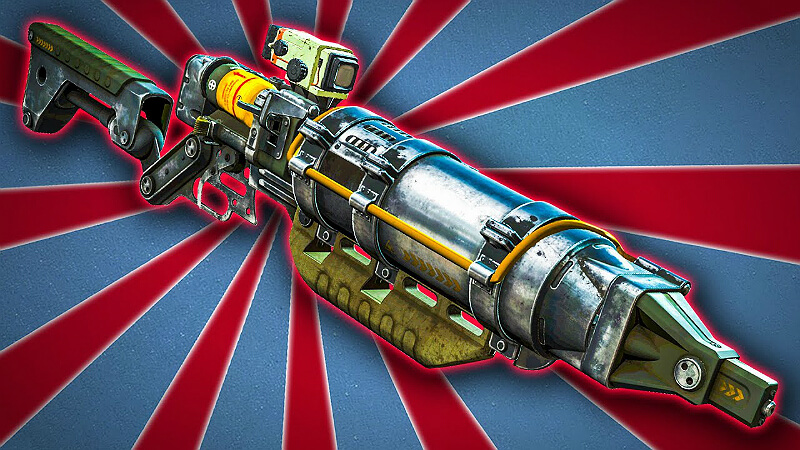 This weapon falls into an extraordinarily similar rut to the Sentinel’s Plasmacaster with exception to one fact. The fact that this is a weapon you can achieve very early in the game (you could conceivably achieve this weapon at level 3 or 4 as long as you could somehow get together the 5k or so needed to purchase it and run straight to Diamond City. Once reasonably upgraded this weapon quickly proves to be by far the strongest mid-game sniper rifle in the game. And because suppressors as a rule of thumb (with a few exceptions) tend to be a late game mod you will find that this weapon as a sniper rifle will be unparalleled in damage per shot with the Instigating effect.

Leading to more than 300 damage per shot by the end of the mid-game. Likewise, it is is one of the most economical weapons in the game running on fusion cells at 3 caps per shot. While it eventually becomes eclipsed in the late-game by superior weapons (as listed above). A non-stealthy sniper could even use it as a cheap alternative. 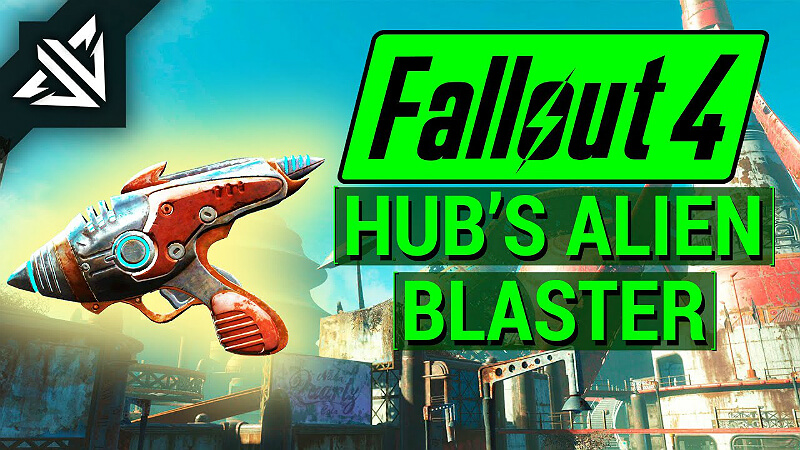 Now this might seem like weird choice for sniper weapon but I can assure you it is not as crazy as it first might appear. Now I wouldn’t advocate this as your primary sniper rifle but for those who would like their emergency side arm to be able to deliver at range too. Then this gun is perfect for you as it is far and away the best long range handgun in the game. With a range that outstrips not just the other hand guns but almost every single rifle in the game. Likewise, this gun literally has the fastest reload speed of any semi-automatic weapon in the game. You literally can fire this gun as fast as you can pull the trigger. All this combined makes it the deadliest long-range hand pistol in the game. And while silencer related perks do not apply to this gun, it is treated as a silenced weapon in terms of combat. Making it a truly deadly weapon for stealthy sniper players.

However there are two main drawbacks. The first is that this gun is not remotely as viable as other handguns in VAT due to it’s incredibly large AP consumption per shot. Meaning that you may be more inclined to go with weapons (that do receive silenced perks) that will be far more efficient in closed tight spaces in that respect (such as the deliverer). The second reason is that it’s damage per shot is not wonderful (only 98 after mods), which as stated before is super important to the stealthy sniper build. Your enemy needs to go down fast and multiple shots may alert the enemy to your presence. So you may end up limiting this gun to a panic spam weapon against higher level enemies. This being said, a every stealthy sniper needs a side arm and the Hub’s Alien Blaster may be just the choice for you.