Secret Of The Cabot House is an Underappreciated Quest 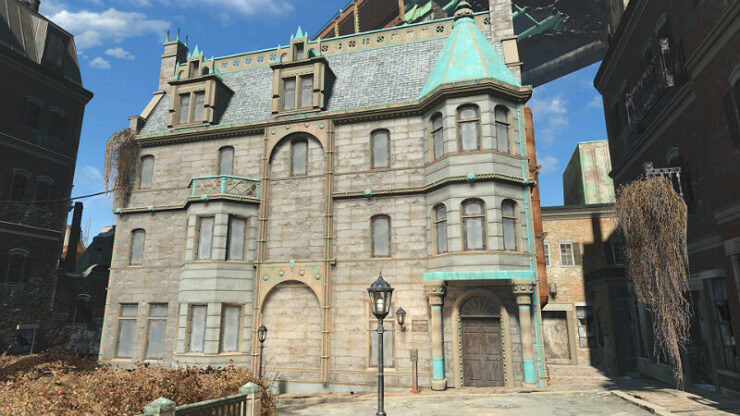 When I first played it, I thought it was a pretty black and white thing when it came to morals. You either set a psychotic murderer free or you kill him. I always try to play good characters in Fallout, and I thought the good choice was siding with Jack, so I went that route without a second thought.

But I thought about it a bit more, and in my most recent playthrough, after reading letters and terminals and doing some thinking, I’m starting to realize how much more to this quest there was.

When you think about it, neither side is in the right. Lorenzo is very clearly off his rocker, and setting him loose could have catastrophic effects. But then again, think about Jack, and what the Cabot family has done.

They’ve kept their mentally ill father locked in the decrepit basement of an abandoned insane asylum, only seeming to care about him so they can get the serum and stay immortal. It seems really greedy and selfish of them. And yes, Jack constantly expresses how much he wants to help his father, but here’s the thing. It’s been at least 400 years since Lorenzo fell under the influence of the crown, and in those 400 years, Jack hasn’t done anything? Or made any sort of breakthrough whatsoever? Even Emogene talks about this in her private diary, where she questions the true motives of Jack. Is Jack really trying to save his father? Or is he putting it off because he doesn’t want to give up the serum? Emogene mentions how it’s mentally addictive. Perhaps it’s having its effect on Jack and he refuses to part with it.

And also, if you kill Lorenzo, and then talk to Jack after he starts aging, he’s angry at YOU. He blames you for killing his mother and taking the serum away from them. But wasn’t that what he asked you to do? This might show his true nature, and how greedy he was with the serum.

I can actually fully understand why Lorenzo is pissed and wants to kill the rest of the Cabots when you release him. Wouldn’t you be angry if your own family locked you in a cage for over 400 years and just used you for their own advantage?

The genius of this quest is because, really, both sides are scumbags. Jack and the other Cabots leeched off of their own family member just so they could survive, but Lorenzo is clearly unhinged and potentially very dangerous. It’s a really well done moral debate that requires to player to look at how they define right and wrong and see both the positives and negatives of each side.

The only good person in all this is Edward Deegan. Wish he was a companion, to be honest.

GTAmes
The Secret of Cabot House