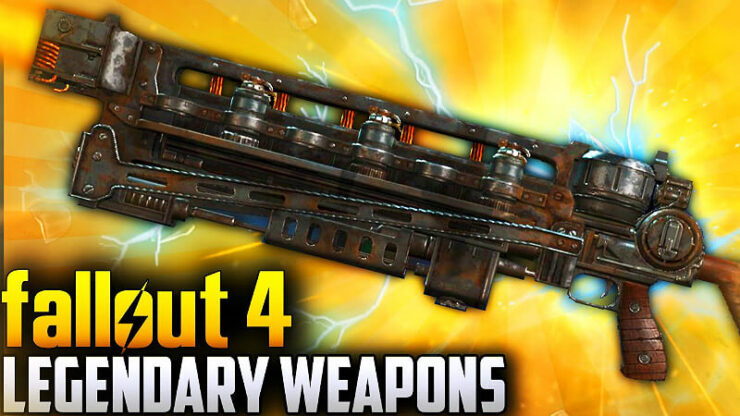 Assassin: +50% damage against humans. Very situational, not recommended over other effects.

Cavalier: -15% damage taken while blocking or sprinting. Nice defensive effect, it can also spawn on ranged weapons and the “sprinting” refers to walking fast, not necessarily sprinting using action points.

Crippling: +50% limb damage. Excellent effect for crowd control, shoot the head to decrease enemy detection range, arms to reduce their accuracy or even disarm them and legs to slow their movement.

Enraging: Critical damage causes frenzy. Very fun effect, makes the target attack its friends when hit by a crit, good for Luck and/or Stealth builds. Target the strongest enemy for better efficiency. Useless in 1vs1.

Explosive: Bullets explode on impact doing 15 points area effect damage. (Doesn’t spawn on melee) Incredibly strong effect, it seems to benefit from a lot of perks and does more damage than it says just watchout for friendly fire. It’s OP on shotguns because it affects every pellet, also OP on the minigun with the accelerated barrel.

Exterminator: +50% damage against Mirelurks and bugs. Very situational, not recommended over other effects.

Freezing: +10 Cryo damage. Critical damage freezes target. The additional damage seems to scale with something unknown up to +30 damage and the freeze lasts around 25 seconds. Very strong effect for 1v1 and Luck builds.

Furious: +15% damage after each consecutive hit on the same target. Highly dependent on the type of weapon this effect spawns. To be good as melee it has to be on a ripper or arguably a super sledge and to be good as range it needs to be on an automatic weapon with high damage per shot (very strong with Plasma Throwers too). It has a limit of how much damage you can stack, about 10 or 7 and the increased damage stays after switching targets. 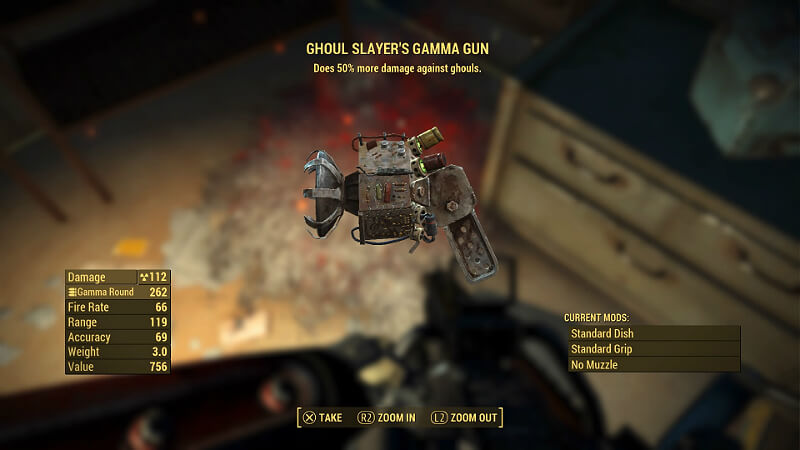 Ghoul Slayer: +50% damage against Ghouls. Very situational, not recommended over other effects.

Hunter: +50% damage against animals. Downright terrible, animals are the fewest type of enemies in Fallout 4

Instigating: +100% damage if the target is at full health. Does exactly what it says, only good on strong single shot weapons (Gauss rifle, Laser Musket), use it with stealth builds for better effectiveness.

Irradiated: +50 radiation damage. Very situational, the radiation only affects humans and ghouls (but they have 1000 rad resist), the radiation reduces the total HP of an enemy making it extremely strong against Legendary enemies because they won’t cure the radiation. It’s best to use it on a weapon with high RoF.

Junkie: +15% damage per addiction withdrawal. Only useful if you are an actual in-game junkie full of addictions and with no caps to cure yourself. 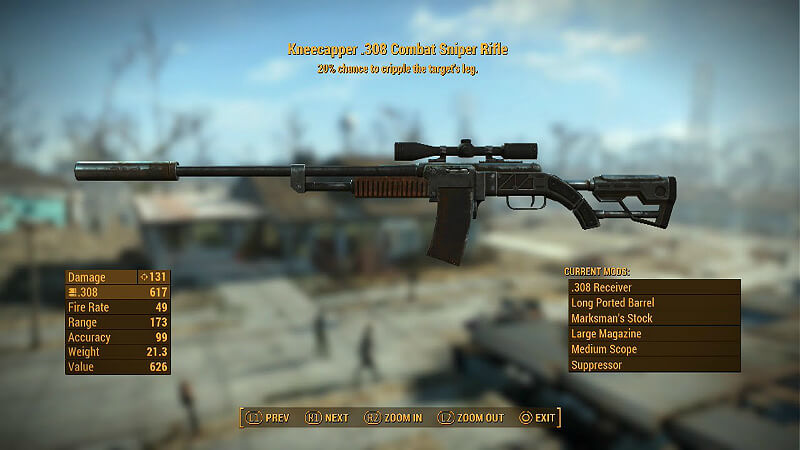 Kneecapper: +20% leg cripple chance: A great crowd control effect, it cripples the legs no matter where you hit. Most effective when on an automatic weapon.

Lucky: +100% critical damage. +15% critical refill rate. Synergises perfectly for crit based Luck builds, use it with Overdrive chem if you wanna use it outside VATS.

Medic: Heals targets instead of hurting them. Good news, it doesn’t heal enemies, bad news, AI is way too dumb to play as a support character and there are no escort quests so far. Doesn’t work on MIRV fat man, tho.

Mutant slayer: +50% damage against super mutants. Very situational, not recommended over other effects.

Nimble: +75% movement speed while using sight. (Doesn’t spawn on melee) This effect is something that you would only see in a fast-paced PvP game, here it’s only good on a minigun or gatling laser. 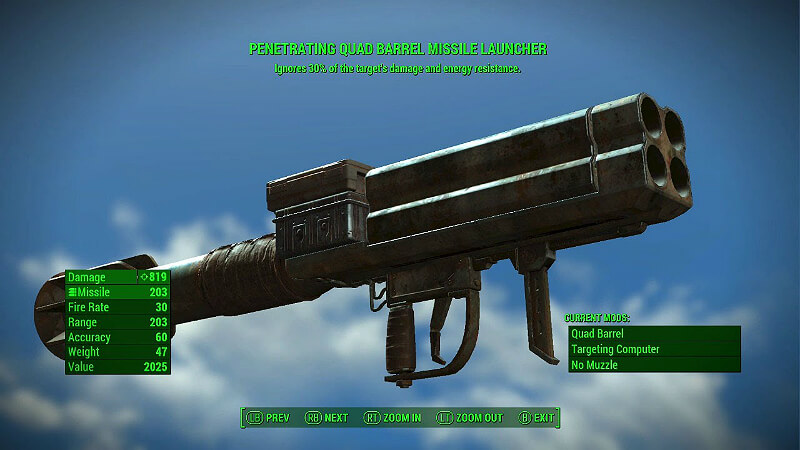 Penetrating: *Ignores 30% of the target’s damage and energy resistance.*~~It doesn’t work at all.~~It does not work as it should, there are some messed up calculations in game and it just doesn’t do what it says. Instead of negating 30% of enemy armor, it increases your damage done (somehow) by a measly 14%. Same thing might happen to the Armor Piercing mod. I’m sorry for boldly claiming it didn’t work without doing further testing, one thing is for sure, though, you should always look for a better legendary effect and Armor Piercing mods are pretty always inferior to the top damage receiver mod.

Plasma infused: +10 energy damage. Can gooify enemies. The damage scales with something, no idea what, up to +30 damage. It adds a nice-looking visual effect to bullets, sadly it doesn’t change the appearance of the missile explosions.

Poisoner: +30 poison damage over 10 seconds. Same deal with the Incendiary effect, it’s useless because it doesn’t stack and there is a lot of poison resist around too.

Sentinel: -15% damage taken when standing still and not moving. Very good for tanky builds, can spawn on ranged weapons too. 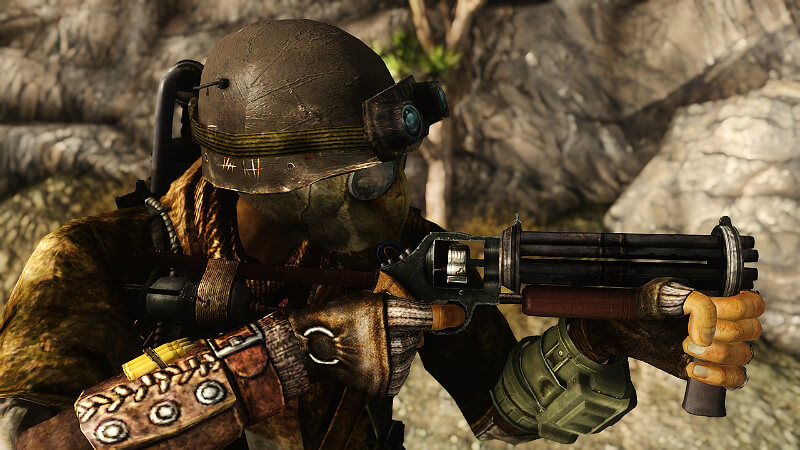 Stalker: If not in combat, +100% VATS accuracy and 100% VATS cost. It doesn’t give you one 100% accurate shot at the cost of all your action points, it just doubles the chance and cost. Not very useful unless you want to play as a sneaky sniper with low perception.

Troubleshooter: +50% damage against robots. Very situational, use another legendary if you have it.

Two shot: +1 projectile. +150% spread. +100% recoil. (Doesn’t spawn on melee) The most popular effect, not that great as people think. It doesn’t give you double damage, it’s always a little less and sometimes closer to +50% more damage only. Still the best all around effect for semi-auto weapons, fat men, missiler launchers. The penalties are quite more noticeable in automatic weapons and it simply breaks shotguns, the accuracy is too terrible to shoot at anything 1 m. away.

Violent: +25% damage. +25% limb damage. +200% recoil. (It actually DOES spawn on melee weapons with no penalties) The middle ground between Mighty and Two Shot, horrible for automatic weapons.

Wounding: +25 bleed damage over 5 seconds. Completely underrated effect, the damage stacks (more RoF=more damage) and there is no bleed resist in the game, yes, even robots bleed. It’s very strong against everything and it appears that every shotgun pellet applies one stack of bleed so you have even more damage with them.

I hope this was useful to you and this mod right here helped a lot. Forgot to add this beautiful mod too that lets you add any legendary effect to weapons and armor with various balanced or cheaty options.