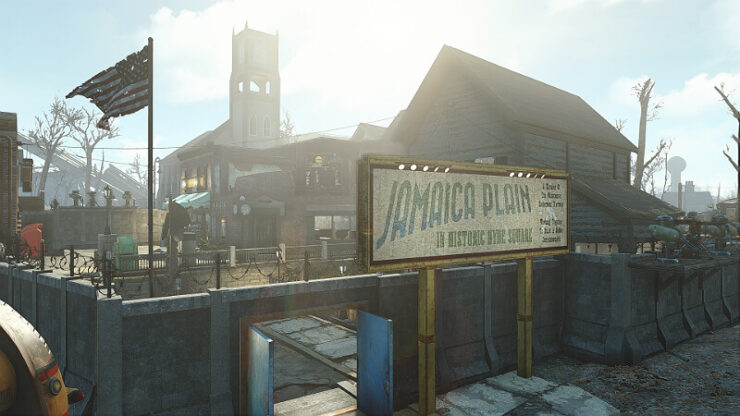 Not the treasures of Jamaica Plain, I’m talking about the settlement above ground.

I discovered Jamaica Plain not because of a quest, but just by exploring. I killed a bunch of ghouls and then stumbled upon a workshop, but it said there were still more enemies. I went out, killed a dozen more ghouls, went back, still not cleared. I repeated this process several more times

I spent 30 minutes hunting down and killing every feral that was anywhere near Jamaica Plain. It was tedious, and I got diseases twice, but I figured at least I’d be awarded with this large settlement area.

So at the end of all that, what did the game reward me with? A tiny, pathetic sliver of the massive area I had just cleaned out. 2 houses and a parking lot. I had so many plans for what I could do with the church, I was going to turn it into a market. So of course it is located about 10 feet outside the settlement boundary.

I haven’t tried building anything there yet, but it doesn’t even look like there’s dirt to plant crops in the actual settlement area. Certainly there’s hardly any room for buildings. What was the point of making that area a settlement at all? 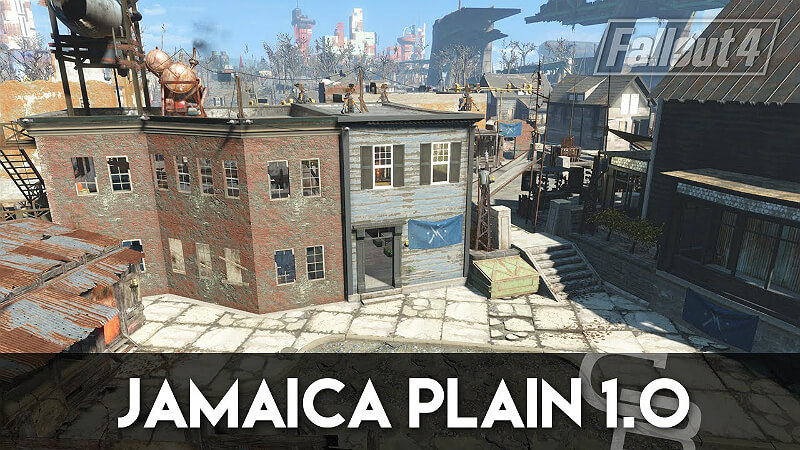 Yeah Jamaica Plain is really a disappointment when it comes to the settlement boundaries.

There are mods to expand the boundaries, but I don’t really know if they’re bug-free or if they’re still maintained by the author.

I wonder why Expanded Settlements is so much more popular, it’s abandoned.

GTAmes
I did not expect this problem – Silver Shroud Quest