Complete Mass Fusion AND stay friendly with the BoS 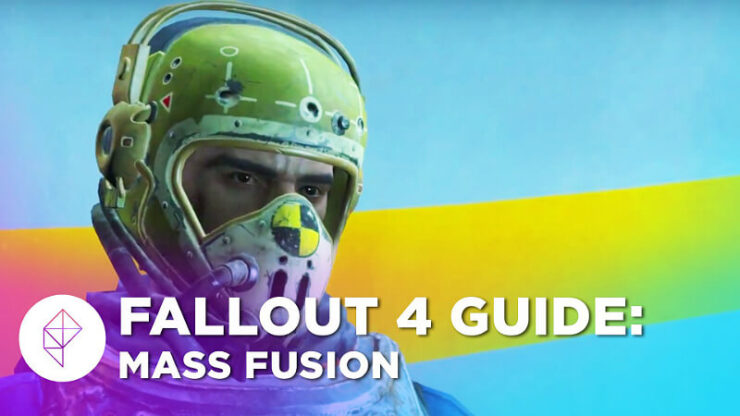 I found an exploit that one could do to remain peaceful with the Brotherhood while still completing Mass Fusion for the Institute. I couldn’t find anything else on this bug online, so I thought I’d post it here and see what the community thinks.

After receiving the Mass Fusion quest from Father, he directs you to enter the transportation relay to teleport to the roof of the Mass Fusion building. It is this action that triggers the Brotherhood’s ire and makes them hostile to you.

However, there is a way to travel to the roof of the Mass Fusion Building without triggering this cutscene.

I found online that the fast-travel point for the Mass Fusion Executive Suite can be triggered during Brotherhood Vertibird flights. However, even if you do this and fast-travel to the location before starting Mass Fusion, the ID card required to activate the main elevator will not have spawned.

The simple solution is to fast-travel to (and discover, possibly) the Mass Fusion Executive Suite after starting Mass Fusion. You may then proceed through the quest normally, with the added bonus of being allied to the BoS.

I managed to get the Vertibird to pass close enough to the top of the Mass Fusion Building by doing as follows:

When I passed over the building, the blue lightning animation from the Institute’s Relay went off, but I remained in the vertibird. After landing, I fast-traveled to the Mass Fusion Executive Suite.

I then proceeded through the quest normally, and began the next Institute quest, Pinned. The Brotherhood is still friendly towards me, and my current quest is “Tactical Thinking”. Incidentally, if I speak to Lancer-Captain Kells, I would become an enemy of the Railroad, so in retrospect completing the quest “Blind Betrayal” was not a good idea.

I have not yet reached the quests for the Railroad or Insititute which involve destroying the Brotherhood, so I cannot say for certain what would happen if I reach those points while maintaining my alliance with the Brotherhood…

In any case, I feel like this was a really cool exploit I found that could assist players in finding an ending where all factions survive (to some extent?).

Note: After some more poking around, it seems that there are no more quest triggers that ever turn the BoS hostile to you… even after you make a choice to destroy the Prydwen. Unfortunately, all the triggers related to progressing the Institute and BoS questlines involve either killing Desdemona or through an unavoidable dialogue trigger with Lancer-Captain Kells. However, there may still be some prevailing method of messing with the quest triggers. In my file, I completed Mass Fusion while the active BoS quest was Tactical Thinking, but perhaps with an earlier Brotherhood quest a different outcome can be obtained…?