The Longest Melee Guide Ever: Build, playstyle, and gear tips 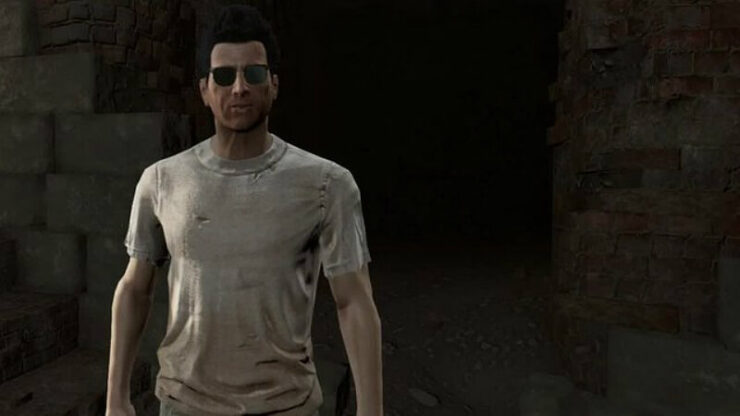 Fallout 3 and Fallout New Vegas always treated melee like a bit of an afterthought. There were some powerful melee weapons in both games sure, but by the time you fully invested in a melee character and got the right amount of survivability and damage it still couldn’t hold a candle to guns.

I am currently at level 62 and can safely say that this isn’t true in Fallout 4. Thanks to several fantastic perks melee can dish out tons of damage and out damage guns in any situation that puts some unfortunate soul close enough to your face. 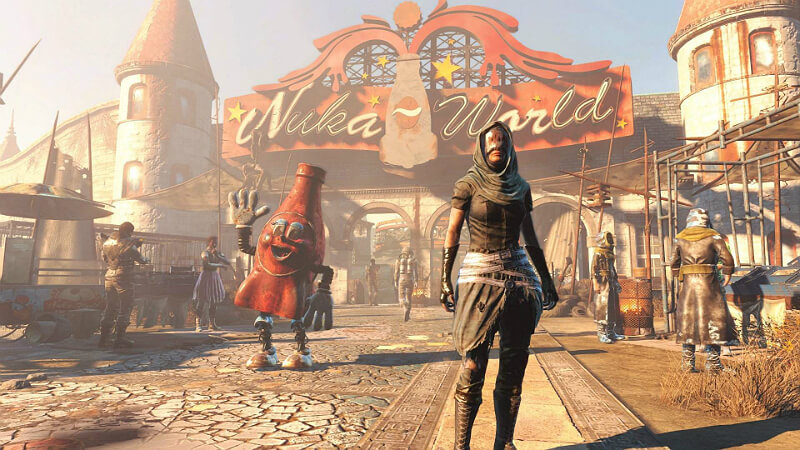 There are two different playstyles I recommend; being an unstoppable Juggernaut or Leon the Professional. There are fantastic perks that both support running in and tearing your opponents apart like a drug-induced angry mother during black Friday or silently and satisfyingly living out your daydream of stabbing the most annoying person you know in the back.

Note: I intentionally use 22 points instead of 21 since you can access an extra special point for free as soon as you leave the vault.

Thanks to the option of getting more SPECIAL points on level ups, combining these two builds to create a truly unstoppable beast should be your ultimate end-all be-all. 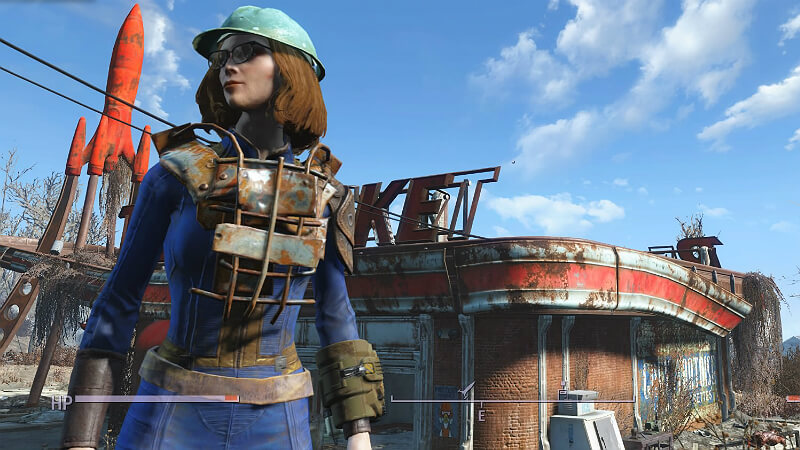 I recommend starting with a Juggernaut type build. The build tends to have more luxury for taking perks that help out defensively and does more damage faster (although the stealth build wins out in the end after maxing ninja). The stealth build also doesn’t have enough SPECIAL points to truly get every perk you’d want whereas the Juggernaut build does.

The mindset you need to have as a melee guy who gives no crap about stealth is to sprint into combat and then stand still (for rooted to take effect) and smash a guy. You need to plan your moves around how much sprint you have as Moving Target is what truly gives you survivability. You have great survivability when sprinting thanks to Moving Target and standing still thanks to Rooted, but once you’ve taken down your target you need to sprint behind cover to let the sprint meter recharge a bit if you are facing multiple enemies (unless it’s the last enemy in the room DON’T use all your sprint getting to them or you’ll have no Moving Target left to provide defense while escaping to cover). When outdoors in wide open spaces it is often better to lure enemies to you or dip in and out of water in between kills in order to conserve your sprint bar and eliminate walking distance.

To sum it up, sprint to a guy (activating moving target), stand still (for rooted), kill, and dip to cover to recharge a little sprint before moving on to the next victim(s). Large, outdoor areas are your greatest enemy at the start since you don’t have all your defensive perks like lifegiver and toughness to help you absorb damage.

Once you get to a higher level and max out toughness, life giver, and have some decent armor you can literally wander into entire rooms and charge 6-7 targets at once without a care in the world. It gets really tough to die, even on Survival difficulty. 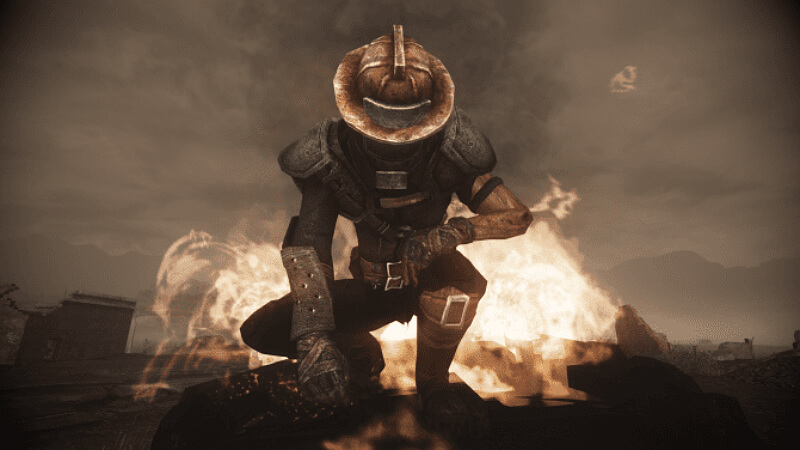 As I said, I recommend building into this from the previous build; it takes longer to get this build going and you cannot one-shot from stealth without some development. Once you get rolling though, this build feels like god-mode; so if you’re willing to suffer for the first dozen levels in order to obtain true power as a ninja go for it.

First off, this will not feel like a melee build at first. Even if you get a great weapon (see the gear section below) early on your ability to one-shot from stealth is limited. As such, you are going to have to play with guns a bit until your build starts paying off; especially as you can’t afford to take life giver/toughness as early as the other build.

The overall playstyle of this build once it truly starts to shine is to abuse the long range of blitz to do ridiculous VATS damage, maybe get a free crit or two from some luck perks like four leaf clover, and then move on to the next group and do the same thing. You will come across enemies that cannot be one-shot (but close) but can always rely on them dying from poison damage or one or two quick attacks from your knife.

As a side note, you need to learn how to utilize vats correctly once you hit Big League’s 4. At this point you do frontal AOE damage (even from stealth) so simply focusing a vat attack on a target until it is dead won’t necessarily be the best option; sometimes you want to spread the damage around more by knifing multiple targets instead.

Overall, you want to get to the point where you can kill quickly; because if you don’t, you will die quickly. As I said, you really can’t afford to take the endurance perks if you want to get your damage up as quickly as possible.

Gear Locations: (SPOILERS if you don’t want to know what unique items exist and some companion names)

Note: These are not all the melee weapons but are mentioned either because they are amazing or easy to get

All you have to do is go to Jamaica Plain and find it in the display case on the right side of the treasure room. This will be the best weapon in your arsenal after some upgrades from the blacksmith perk.

This is the second easiest unique melee weapon to get and only requires that you enter Hubris Comics and pick an advanced lock for a display case on the first level to grab it (Cait can pick the lock for you; she is located in the nearby Combat Zone area). This is better than the baseball bat early on but loses out once the bat gets upgraded.

Shishkebab: medium speed, deals “fire damage” as energy (This is currently bugged and does not scale with Big Leagues, so don’t use it long)

Travel to Finch Farm and do a quick quest to obtain this sword as a reward. The enemies you face are humans but also pack some Molatovs: it comes mostly down to luck on how much they toss them.

After meeting Nick Valentine (about an three hours into the story) do his side quest to solve a detective case.

Make the long (and frightening) journey to the depths of Dunwich Borers and grab this AMAZING knife for stealth builds. Make sure to grab the stealth bobblehead on the way. The only problem is the outside area of this location is littered with TONS of raiders and the inside is more of the same (plus a few nasty surprises). As such, unless you are higher leveled (or just really hardcore) you might find difficulty getting to the bottom without lots of quick-loads. 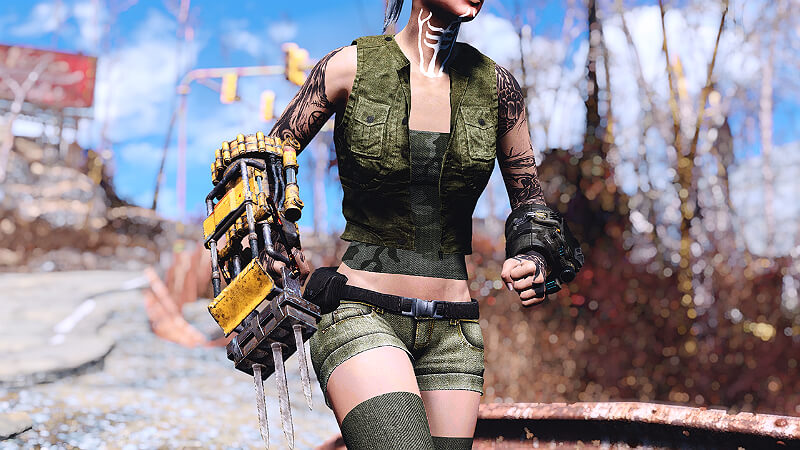 If you are stealth or have gotten the stealth perks then you will want to stick with the knife, as it cost less AP and is therefore more useful for stealth vats kills.

Waterboy: There’s a lot of water in this game and being able to not take rad damage in it is amazing.

Science rank 1: For the best mod of the super sledge.

Refractor: Because you hate energy damage. (You will want to take this WAY, WAY later when you have nothing better to do because perception sucks)