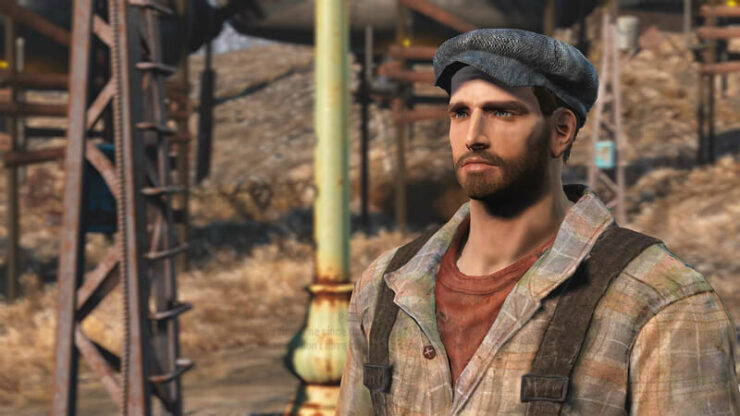 Anyway, I started a new playthrough, favouring the BOS and disregarding everything else, even the institute. Anyway, I came across the part where Elder Maxson tells you that Paladin Danse is a synth and that he has gone AWOL and that you have to hunt him down and execute him…

I got to the recon bunker that Scribe Haylen tells you about and found the Paladin. I chose not to execute him out of mercy and the plan for him to give me his tags and for him to disappear/hideout was carried out.

I persuaded Maxson to let him go and for him to be dead according to the BOS.

After that, the Paladin tells you about how he is in debt to you and that it’s amazing what you did for him. However, after that… He still speaks as if he’s a member of the brotherhood and that he’s a paladin and it kinda ruins using him as a companion because he says the same things despite the agonising dialogue with Maxson.

He’s empty now and basically isn’t a companion option for me any more.

What do you think? 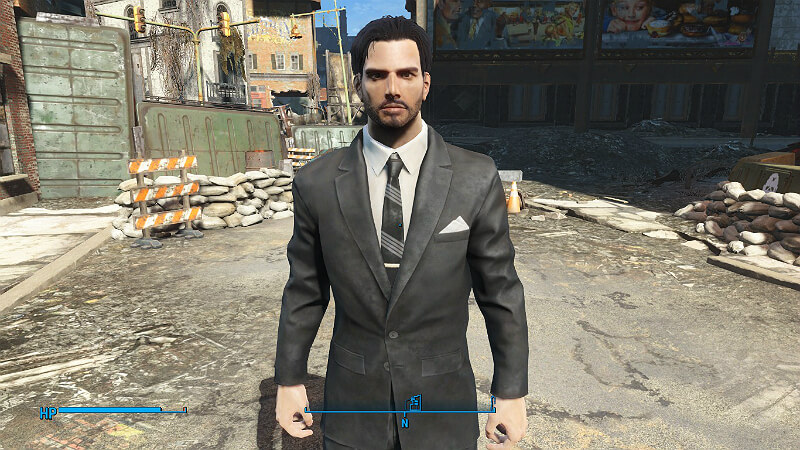 The thing that sucks about it is that he isn’t available as a companion. But about him still speaking as if he’s in BOS – that’s intentional. It reflects his honestly-held core beliefs. Part of the overall meta-discussion about what makes a “human,” albeit a little hamfisted. There’s also a bug where he may become completely unresponsive whatsoever, but I know what you’re talking about in your game.

The thing that I will say about the BOS questline is that if you follow it through to the end – even if at first you believed that they were merely xenophobe / nazi-purity thugs, that moment where Maxson lets you spare Danse is a very big moment. It changes the way you think about Maxson, who – until that very moment – had never shown any hint of compromise to “Brotherhood ideals – ” but yet now, being faced with the very specific danger that Institute synths masquerading as human represent (even unknowingly, as with Danse), he showed what we would call “humanity.”

He says that he doesn’t do it for Danse, but instead does it for you. We never really know if that’s the entire truth – I suspect it isn’t. I suspect it’s at least a mixture of both. And when you get past the initial impression of the BOS being jerkwads – mainly due to Rhys and his jealous bromance for Danse – and finally when you get to this moment with Maxson, they all seem a lot more sympathetic as an organization. I could genuinely like Maxson after that. I always liked Teagan and Ingram. Neriah is a little weird, but just because she only sees science.

Kells – OK, making you kill off the Railroad is a total dick move, but it is not out of line with what the BOS holds to be absolutely crucial to the survival of man – which includes the destruction of synths, as a threat, and how the Railroad stands in the way of that imperative goal. Even the regular dudes who say things about mowing through ghouls, etc. really just sound like military jocks rather than as some evil dirtbags.

Feral ghouls are clearly no longer human lives worth protecting. Super Mutants, with very few exceptions, are just too dangerous to leave alone. But Gen 3 synths? It’s ambiguous. I can’t help to be sympathetic. There are the ones that are knowingly serving the clandestine purposes of the Institute and are typically replacements for persons that were kidnapped and killed, but the others – the escapees, the ones who do not know they are synths, and even the Gen 3s doing labor work in the Institute – how are they any less “human” than a raider or a dirtfarmer. Well, maybe they should be referred to as “people” rather than “human,” but still – other than Father’s statement that “they believe that they have free will…but they do not,” everything seems to indicate sentience, the capacity to feel, to learn, etc. whether or not they have been stuffed with memories not their own. And that moment between Danse and Maxson shows that there is a certain level of parity between synth and human that both of them have had to quite suddenly be confronted with.

I believe I read on the Wiki about another ending to the Danse story that was cut out of the game that would explain the awkwardness of dealing with Danse post-confrontation with Maxson – and I agree with it being cut – but they didn’t actually replace it with anything. And so, Danse is just “there.”

I think you have to finish the game with the Minutemen, never blow up the Prydwen, and never do Blind Betrayal to be able to use Danse as a companion post-Institute destruction. Which is OK if you finish with the Minutemen, but otherwise it kind of sucks.

GTAmes
Secret Of The Cabot House is an Underappreciated Quest