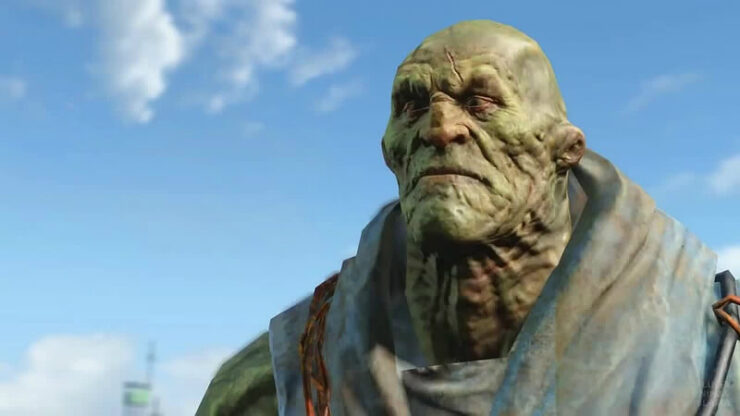 The VERY FASTEST way to reach maximum affinity with Strong without cannibalism. Need it faster? Use this method with the Cannibal perk.

WHEN: Take Strong as a companion later in the game, the later the better. Waiting allows for better weapons and armor, while uncovering/discovering much of the commonwealth. Strong should be one of your last companions for you to try to reach maximum affinity with.

ARMOR: Despite Strong’s initial protest statement about not wearing armor he will wear any armor you equip him without objection. Super Mutant armor is rare and elusive so collect the best armor though your travels/missions.

WEAPON: While you can equip Strong with ranged weapons this method works faster and better if equip him with melee weapons. Suggested weapon for Strong is a Heavy Sledgehammer modded to a Heavy Shocking Sharp Rocket Sledgehammer. Must have a rank 3 Blacksmith (STR 4, LVL 29) and have a rank 4 in Science (INT 6, LVL 41)

To gain affinity you must LISTEN to what Strong was saying.

STRONG AS YOUR COMPANION 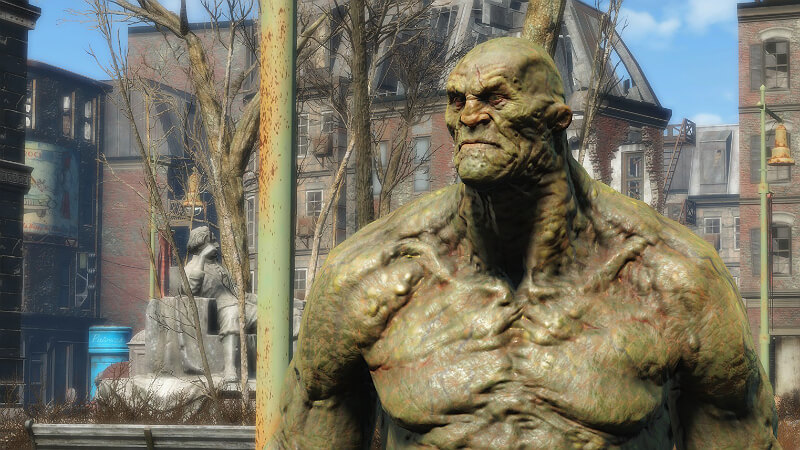 DO NOT: Do not do missions, do not wear power armor, do not pick-locks, do not hack terminals, do not pick up junk, do not use workbenches/crafting stations, do not have conversations with anyone – talk only to Strong, do not wait, walk, or use hovercraft – instead Fast Travel everywhere.

LOOT: Loot bodies, and unlocked containers. You can pick up all items that are not considered as junk in your inventory. Any containers that have mixed items (example: ammo + junk) the Transfer/Take All option will let you gab everything without a penalty. Because of the grab and go nature of this tactic it is recommended that you have the perk Strong Back rank 5 (STR 6, LVL 40). While you can loot it might be best to skip it altogether.

FIGHT: All Strong wants to do is fight. As a companion Strong is a follower, but in a fight it is best to have him in front of you. Commanding Strong to attack a selected target will get him in front of you, this is especially important in buildings. By doing this he will kill the selected target and then continue to the next victim, and the next, and so forth. Your job is to take out turrets, enemies with ranged weapons, help Strong when he fighting more than one person/thing, and defend yourself. Unfortunately because he is in front of you he has a tendency to get in you line of fire so it is recommended that you have the perk Inspirational rank 2 (CHR 8, LVL 19) or plenty of stimpacks. Fighting other Supper Mutants is preferred by Strong, but fighting anyone or anything will get you to maximum affinity, thus gaining the Berserk perk.

NOTE: After receiving the perk and just before dismissing him check what Strong is carrying as he will pick up items and place them in his inventory.

GTAmes
A short guide: how to get some of the best melee weapons in just one location