So what’s your FO4 Survival Build? 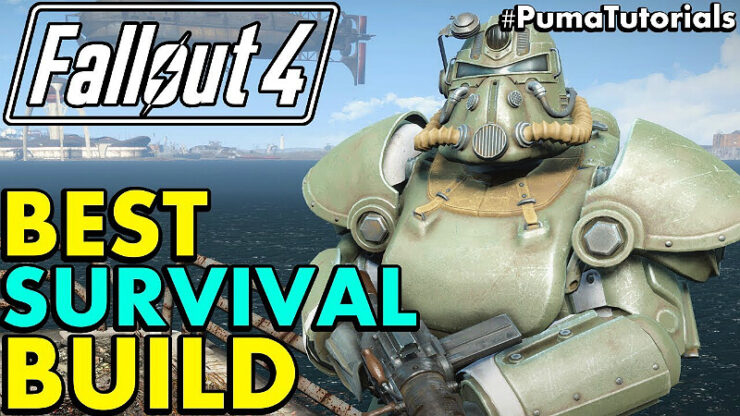 Gotta say I’m intrigued by how many different ways players have found to beat the game in survival mode. Every time I read a comment on the subject the “Here’s how you can survive Survival” advice seems radically different from what I did or what other commenters have done. And yet there’s no reason to doubt that it worked either.

My starting build was Strength 3, Perception 5, Endurance 5, Charisma 3, Intelligence 7, Agility 3 and Luck 2. Going high with Intelligence allowed me to level up quickly and get the Chemist perk early on, which made it possible to craft a lot of good things like antibiotics and gave an extra edge to chems. I also maxed intelligence out fairly quickly to get Nerd Rage, which went a long way towards ensuring I could survive tough combat situations and keep my progress.

I also poured points into Endurance both for the hit points and because, in my opinion, the best perks to mitigate survival mode are on that tree: Toughness, Lead Belly, Aqua Boy/Girl, Adamantium skeleton and –especially– Solar Powered. The other starting SPECIAL stats allowed me get the other perks that I though helped: Armorer, Rifleman, and Lone Wanderer.

This set-up worked very well for me. I was able to avoid settlement building and live off the land. Rarely even used stimpaks, RadAway or Rad-X in order to avoid the side-effects and got by on cooked food and Refreshing Beverages for healing instead. Stripped most weapon mods off of guns looted from opponents or bought from merchants so I didn’t need the crafting perks either. Still got one-shot killed a fair number of times in the first two dozen or so levels but never lacked for resources.

What was your approach? 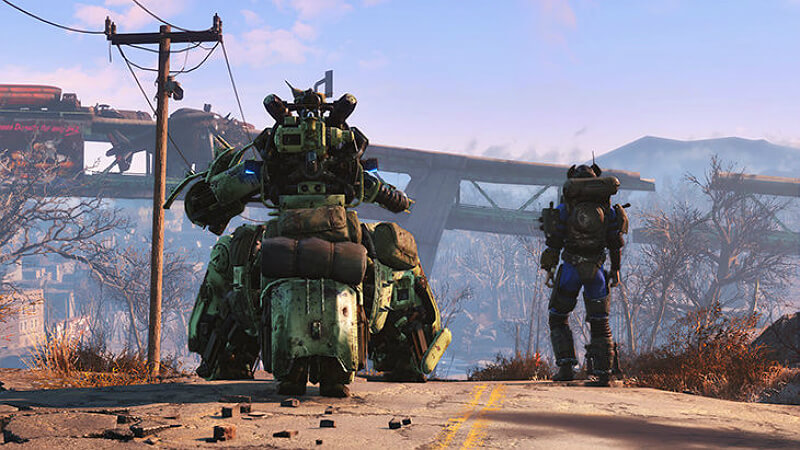 I never did a no-settlement survival build, might have to give that a try! I always end up building up at least a couple that I can retire to and re-up on water. And admittedly, I try to build a decontamination arch as early as possible. But anyway,

Put extra point from You’re Special! into Agility (for Blitz). Recommended to get Perception bobblehead early too for Demolition Expert.

This build has high agility, so yes this is more of a stealth type build. But it’s not the typical sneaky-archer type. You’re more brutal and uncaring, and do whatever it takes to improve your chances of short- and long-term survival.

Low endurance means low health, so you need to kill fast or be killed fast. +END gear can help with this if you want, but you still need to be smart with how you approach an engagement to make sure you don’t get yourself caught in bad situations.

If you do get yourself caught in a bad situation, that’s where Demolition Expert comes in. Use mines to disrupt their plans of following you. Huck grenades at them. Do whatever, today is not the day you die! (unless you blow yourself up. don’t do that.)

All weapons, armor, and mods are scavenged or bought from vendors/caravans. Work/scavenge for caps as often as possible so you can buy better weapons, armor, and supplies when needed. Always ask for more caps (hence the higher charisma, also gets you lower prices). Give priority to armor that has muffled/sneak-friendly mods. Give the highest priority to anything that makes you look more like a post-apocalyptic badass that kills from the shadows (i.e. road leathers, disciple’s gear, muffled leather, etc.)

Settlements are little personal outposts. You’re a survivor, you know how to provide yourself with a safe shelter, water, and fire to cook the food you went out hunting for. 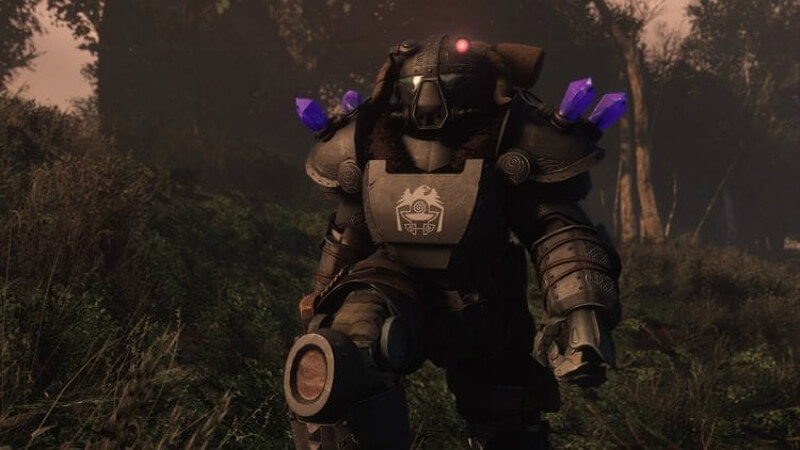 On my recent starting of survival I decided to purposely play a different game to what I had when Fallout 4 came out. In particular no minute-men stuff (until I finish the main game as Institute), focusing on the story until I reach the institute and playing it more like a FPS shooter than an action-rpg. So very little VATS use (only really to identify enemy locations). Also no making things easy via stealth and blitz (legitimate strategies people are welcome to use but I’m purposely embracing the difficulty). Also no lockpicking or hacking (just Cait and Nick)

To this end I think I started with STR 9, Int 9, LCK/PER/CHA/AG as dump stats and the rest in Endurance which I focused on with your SPECIAL and adding to throughout the game. Plus bobbleheads etc. I love the speed I level up though. I wear data-based helmets or a sharp combat armour piece with ushanka when out of armor. I’m using companions a lot more too so I don’t need lone wanderer (and I have a mod that makes dogmeat an extra companion like they seemed to have originally intended).

Early on I mainly focused on chemresistant-Lifegiver-toughness-nuclear scientist and chemist-science-guns-blacksmith-armorer. I used Big-leagues to save a lot of ammo in early levels and started focusing on commando once I had a good stockpile of fusion cells. I will look at Gunner once I have a good gatling laser and a pile of fusion cores. I’m working towards Nerd Rage, Pain Train and Solar Power.

I really like using automatics in survival. Once you get over the fact that you are going to burn through ammo like crazy they’re great. The goal of survival is surviving, and the best way is to kill the enemy quickly. I have a rapid laser rifle that makes medium range combat great (a trigger tap fires 5 times on target) and in close quarters when getting overwhelmed firing from the hip shreds attackers. 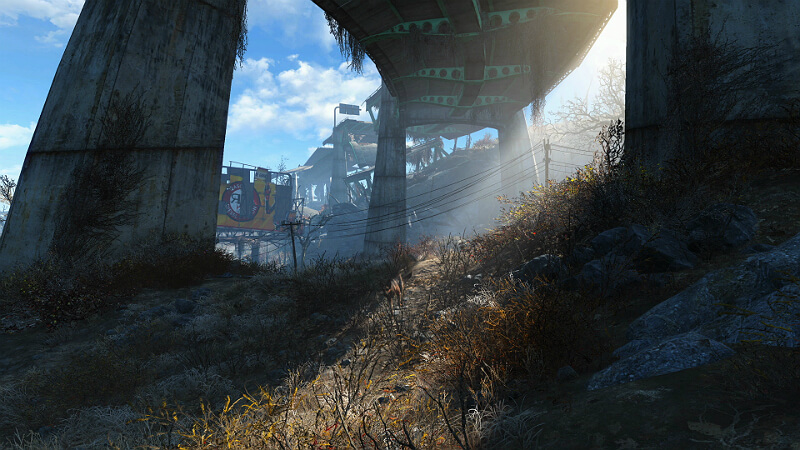 My favorites are as follows,

Caveman Build Rough description: Harness the energy of your ancestors and beat the living hell out of everyone with a big hammer to display your dominance.

Weapons: Bongo Bongo Bongo, a mod weapon, it’s a hammer that does more dmg the lower your intelligence.

Armor: Cito’s loincloth from nuka world for it’s look and the grognak effect.

SPECIALS: S: Base 10, boost high as possible. P: Low priority special, your choice. E: Base 10, boost high as possible. C: Boost this for intimidation type encounters if you want. I: 1, and only 1. A: Get this up to 10 for blitz if you wanna have melee vats as a helping hand. And to outrun anything tougher than you. L: Get this to 10 if you do with agility for the melee vats part.

Scavver. Rough description: Tired of being a walking killing machine? Kick back and let the machine do the killing for you, while you get absolutely rich on the fruits of the Wasteland; JUNK!

Weapons: Something small to defend yourself like a decked out revolver or something, but try to focus on your robot’s killing potential more than yours. Any weapon that fits the scavver feel.

Armor: Anything scavver-esque, preferably stuff that will boost your carrying capacity.

SPECIALS: S: 10 eventually, for carryweight. P: Not really a high demand special. E: 10 off the bat, for surviving. C: 10 off the bat for better prices and getting money out of people. I: 8 for robot building. A: as high as you can get it for outrunning anything your robot can’t handle. L: 3 or so.

Perks reccomended: Local leader perks for supply lines and building workbenches and shops so you can get yourself a proper scrap monopoly going down the road.

EXTRA NOTE: For the Scavver build, if you have automatron I recommend building yourself some cheap protectron off the bat to carry your scrap for maximum profit. Improve it’s capacity where you can, you’ll be rolling in the materials needed for sure.