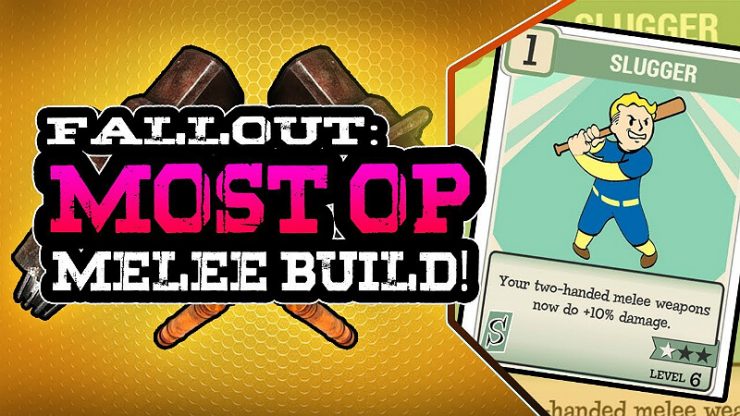 Here is my Fallout 76 melee build (no power armor).

Notes: Having 1 level of each Gladiator, Expert Gladiator, and Master Gladiator gives you better passive than putting 3 points into any of the three (3×10% rather than 1×20%). Also, if you prefer two-handed instead of one-handed, switch the Gladiator perks with Slugger. Max Barbarian to maximize damage resistance.

Notes: Eat all the corpses you want with Cannibal and receive no radiation when doing so with max Lead Belly perk (also no rads from drinking water). Maximize damage and energy resistance while not wearing power armor with max Inronclad and eliminate limb damage completely with max Adamantium Skeletton.

Notes: If playing alone most of the time, max out Lone Wanderer. This is a great card, taking less damage and gaining more AP regen. If playing with friends, have max Bodyguards instead for more energy resistance. Field Surgeon so stimpaks can heal much quicker. This will help a lot in the middle of a battle so the enemies don’t just kill you shortly after using one. Field Surgeon also speeds up RadAways.

Notes: Max Serendipity gives you an 18% chance to deflect ranged damage. This helps a lot since a big chunk of enemies in the game have ranged attacks. Max Ricochet gives you a 45% chance to avoid damage when health is bellow 30%. This perk and Dodgy will help take no damage from a lot of enemy attacks.

I would love to hear some feedback to improve this build! 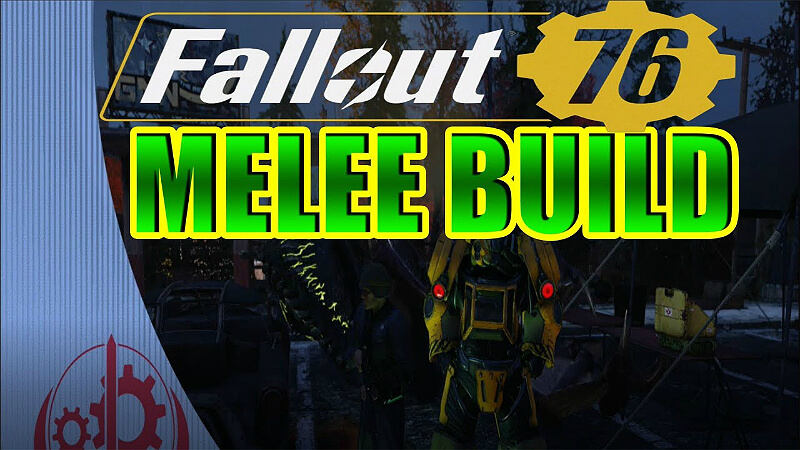 Your STR picks are spot on. Barbarian doesn’t work in Power Armor, so I like to swap it with Pain Train when I step into a nuclear powered tank.

Your selection of Endurance Perks is better accomplished by other Perks & items. 1 Rank in Pharma Farma from Luck means you will be sitting on a mountain of Stimpacks, Rad-Away, Rad-X, and all other sorts of things, so you can probably drop Lead Belly since it will be mostly redundant with how much Rad-Away you have. If you want to keep Cannibal for thematic reasons that’s fine, it’s a fun perk to shock your friends and I’m all about role playing. However if you just want after combat healing then First Aid from Intelligence really takes advantage of Pharma Farma and gives you big juicy heals both in and out of combat so you’ll always be able to handle any situation you get into. If you’re willing to take a dip in some radiated ooze, the mutation Healing Factor and Starched Genes at Rank 2 from Luck will make sure that you always have full HP after every fight without having to eat anyone. Class Freak at Rank 3 is also an amazing addition to your build since mutations tend to be very powerful in general.

You don’t need Ironclad either if you plan to spend time in your Power Armor. If you’re worried about the HP you can also switch it out with Lifegiver for another 45 HP when you’re in Power Armor.

Charisma Perks are fine. Rank 1 Tenderizer is an easy pick for a decent increase of damage. Rank 3 of Suppressor helps add onto your tanky nature, although most enemies die a bit too quickly for me to recommend it right now.

INT sub 5 means you are missing out on crafting perks that could help dramatically improve your weapons and armor. Makeshift Warrior from the INT tree slows weapon degradation by 50% and essentially accomplishes the same thing you are wanting to do with Weapon Artisan. If you can find 2 more points for Intelligence your overall build and options become a lot better. Have I mentioned that First Aid is a really powerful low level perk? Because its’ awesome. Intelligence also has a lot of perks involved in weapon, armor, and power armor maintenance, and just generally makes life a lot easier. Not having functional armor because you can’t find any friggin’ screws sucks big butts.

Agility is mostly fine. If you’re curious the time it takes for AP to go from zero to full is about 16 seconds, not counting the amount of time you have to not be doing anything with AP before it starts to regenerate. With Action Boy that time is reduced to 11 seconds. If you’re like me and are only interested in AP for sprinting, you’re better off swapping Action Boy out for Marathoner, which combined with a high enough Endurance will let you sprint damn near forever.

The Marsupial Mutation covers a lot of what Goat Legs does, gives more carry weight, and is also fun as hell to use since you can now leap on top of buildings and the like. Unless you plan to jump off a lot of bridges you can probably drop Goat Legs.

Dodgy is a really deceptively trash tier perk; It sounds like it gives you a 30% chance to dodge a bullet for 30 AP, but what it actually does is reduce damage taken by 30% for 30 AP a hit. I take MORE damage with Dodgy on because I’m constantly unable to sprint-attack enemies or use heavy attacks since all of my AP is being eaten up by Dodgy. Good replacement perks include Moving Target and/or Evasive for damage mitigation, or Adrenaline for big boy damage. Adrenaline is a really good Rank 1 perk in general, although I wouldn’t fully invest in it since trash mobs shouldn’t have a ton of HP for you to worry about anyway.

Pure Melee build has a hard time dealing with Scorchbeasts since they mock us with their aerial superiority. You can wipe their big stupid grin off with ENFORCER, which has a heavy 30% chance to cripple limbs. Mod a shotgun for range and speed and unload on the stupid bat until it falls to the ground, then pummel it to death with your instrument of choice.

If I haven’t sold you on Class Freak and Starched Genes yet, now is the time where I try to do that. Healing Factor gives you out of combat health regeneration that might as well just be instant full health, with a minor hit to Chem use thanks to First Aide and Class Freak. Speed Demon makes you run real fast, which is great for melee. Marsupial lets you jump around all over the place which is fun as hell and makes going pure melee a lot easier since you can just ballerina hop onto scaffoldings and rooftops ranged enemies like to hang out on. Scaly Skin with Barbarian, Ironclade, and armor gives you PA levels of DR without having to sit in PA. Talons makes fisticuffs a viable experience in case you want to punch people into bloody paste. Twisted Muscles gives you more melee damage with a minor nerf to the guns you probably aren’t using. Grounded gives you massive energy resistance. Electrically Charged lets you vaporize melee attackers without really having to even touch them. Adrenal Reaction gives you scaling damage as your health gets low and then a decently powerful HP regen when you get close to death, which stacks nicely with Serendipity. Herbivore lets you be a deer, and Carnivore lets you be a MAN, and Chameleon lets you pause the game so you can go feed your actual human body.

Class Freak and Starched Genes are criminally under-rated. It’s like taking 25-30 points worth of perks for only 5 total perk points. Turn yourself into a damn super hero.

Other good perks in Luck are Bloody Mess, which is so good it might as well be mandatory. It increases your final damage by 15% and is a big damage boost.

Lucky Break is a really useful perk as well. I find that too much of my time is spent trying to find screws so I can repair my damn armor, but with Lucky Break my armor just fixes itself, which means I don’t have to run around naked. Combined with White Knight over in Luck I’m not sure you’ll ever have to repair armor again.