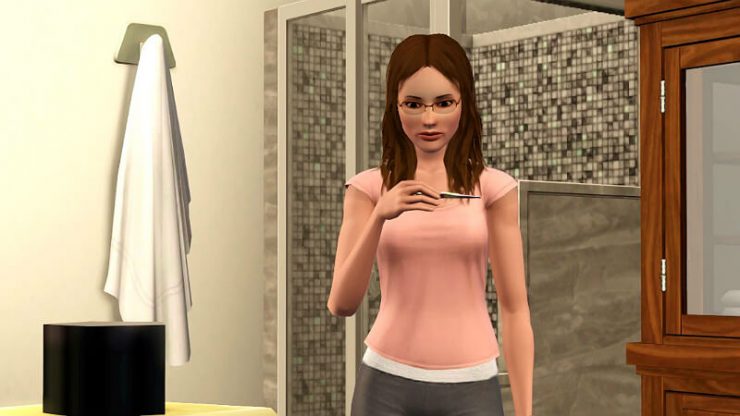 In this guide, I will share some tips of the various methods to make a baby, choose the desired gender, number and traits.

Getting pregnant: “Try for Baby” & “Woohoo” 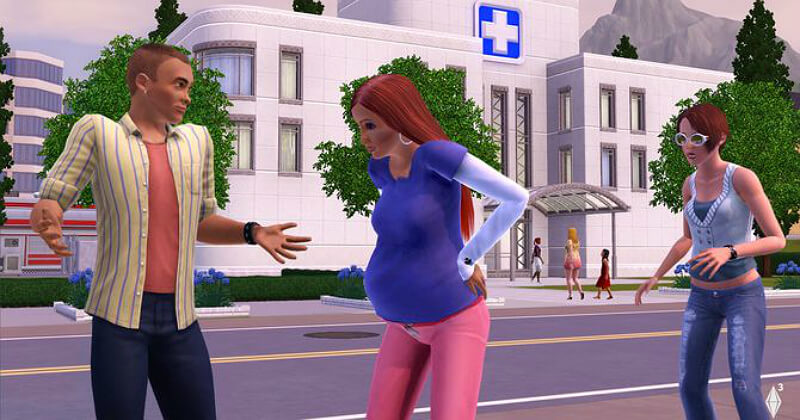 Creating offspring is easy, if you know how to!

Obviously, to get a Sim pregnant, you will need a female Sim (young adult or adult) and a male Sim (young adult, adult, elder). You will need your Sims to have a high existing relationship as in the relationship bar will need to be close to full. Then you can have your Sims try for a baby using the “Try for Baby” option. In order to get pregnant from the “Woohoo” option, You will need to make sure your Sims are in the mood first. And that’s by starting by low-level Romantic interactions, such as flirts, cuddles, kisses. You will know your Sim is in the mood when the socialization box at the top left of the screen says “(Name) finds (name) extremely irresistible! ». At that point, the “Woohoo” option will appear under the romance section. Use it and they will go relax on the same bed and go at it, protected “Woohoo” is not always safe.

The Sims 3: Worlds Adventures: If a Sim were to WooHoo with a Sim who lives in his holiday destination (i.e. China, France or Egypt), it is possible for the female Sim to get pregnant.

When a female Sim returns home she will give birth to the child, and the family tree will show who the father is and the baby will grow up in a normal pace.

Meanwhile when a male returns home, his offspring can be seen on the family tree as a child, even if the WooHoo occurred the previous day. This jump in age occurs due to the fact that pregnant females, babies, and toddlers are not present in foreign destinations. In addition, Story progression is at a catch-up rate, meaning the offspring will not immediately show any age progressions through the family tree.

Chances of having either of the genders are 50% 50%. The odds are purely random and predetermined for the pregnancy. So reloading the game from before the birth will not change the gender. However you can influence it by having the pregnant sim eat certain foods.

The ingredients can be bought from the grocery store or harvested.

A level 5 or higher in the medical career sim, can predict the gender of a baby by using the Determine Gender of Baby interaction. The sim will show a speech bubble and a picture of a baby and a female or male sign. Then in the top right corner, it will say whether your sim is having a girl or a boy. Once it’s determined, it stays locked to that gender and cannot be changed, unless you restart the game to before finding out the gender.

It’s not 100% accurate, but to have mixed multiple births, have a sim of level 5 or higher in the medical career, determine the gender of the baby.

Then eat only 3 of the opposite fruits:

In order to have same sex births, have a sim determine the gender then go by the “Choosing the gender” Section.

Having a bun in the Oven 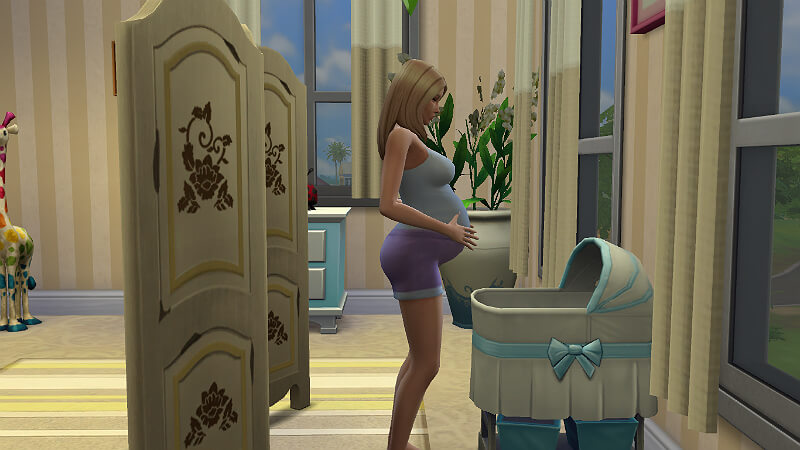 Sometimes, but not always, If the encounter has resulted in a pregnancy, you will hear a soft lullaby. The way you’ll know for sure your Sim is pregnant is when she starts running to the toilet with morning sickness. If that’s cropped up, she is definitely pregnant. It is at this point you should choose the gender and if you wish for multiples.

The pregnancy lasts 3 sim days. Each day represents a trimester.

At some point during the day, the pregnant sim will change into maternity clothing and be placed on maternity leave if she has a job (4 days) and get paid for days she’s supposed to work, while the spouse gets 2 days off after the baby is born. The bulge is nearly non-existent at first, but progressively grows larger.

Third Semester lasts a day as well. There are certain physical activities that the mother will not be able to do as her tummy gets too big. She will also suffer negative moodlets such as the “sore” moodlet. Focus on keeping her happy to ensure a healthy pregnancy and have the freedom of trait selection. 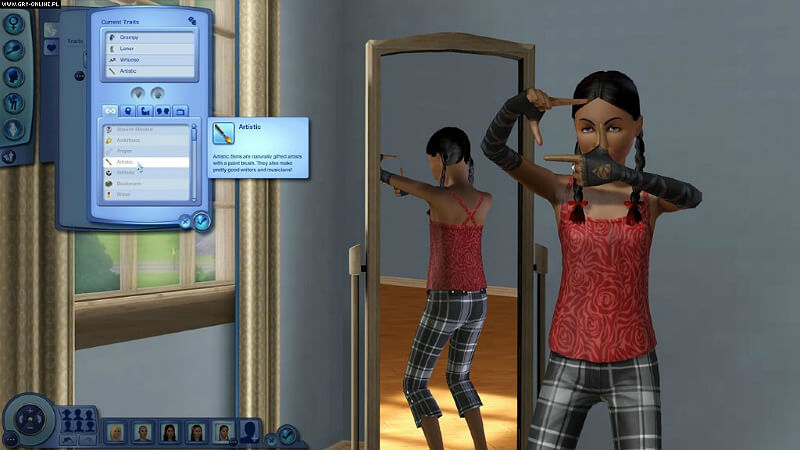 When the mother goes into labor, the other Sims in the household will gather ’round and panic. The game will remind you to make sure that the mother is either in the hospital or at home.

Every sim baby is born with two traits. If your sim has had a good mood through the pregnancy, you will get better traits than if she was in a bad mood – and if she was in a great mood, you will get to choose the traits. Reading pregnancy books (or having the father read them) boosts your sim’s mood during the pregnancy, and are a good way of ensuring good traits/getting to pick.

When two Sims who live separately make a baby, the woman will always have “custody” of the child. So for female Sims, this is no problem. Males will need to convince the female to move in with the baby, then you’ll need to take control of the female Sim and make her move out using the cell phone. In case your Sim just wants to continue their bloodline, and stay single without moving in any Sims other than a new baby. 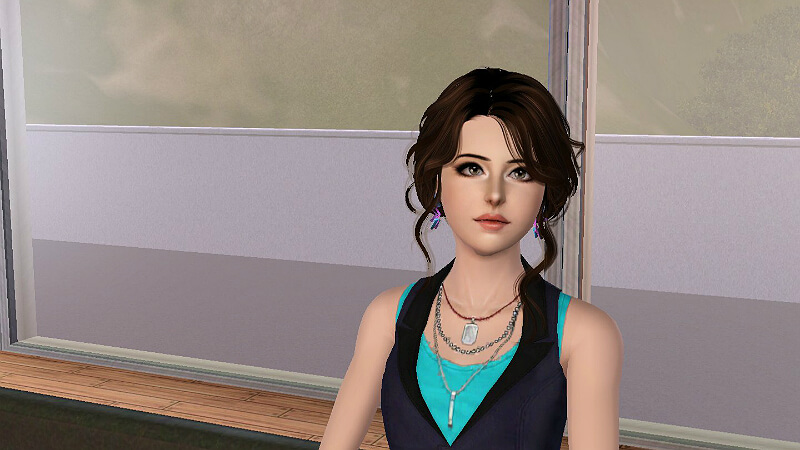 Teenager Sims cannot get pregnant, unless you fetch a mod, but that might end up causing problems to your game. Although with game mechanics and cheats you can still make them parents.

While in live mode, press CTRL+SHIFT+C and type TestingCheatsEnabled on.

Hold SHIFT+CTRL and left click on your teen Sims, then click on “Edit Sim in Create a Sim.” And change them to young adults then have them try for a baby until you are certain it worked.

Now if you change them back to teens, the female will get pregnant, although she will never give birth, neither if you change her back again to an adult. Your sim will get stuck in labor forever and eventually will starve and die. And that could be a big issue, so it’s safer to go through the pregnancy as an adult then change them back to teenagers after birth. The family tree will display your teen Sims as parents.

After the release of The Sims 3: Seasons, male Sims can now get abducted by aliens and impregnated.

Aliens have a chance to visit each night between 12 am and 3 am during the fall. The visit lasts a maximum of 2 hours. And are attracted if you have your Sim was using the telescope, or collected space rocks and stored then on the lot.

When a Sim is abducted, they’ll have a negative “Abducted” moodlet for 12 hours. Nothing will happen to a female Sim, although a male might get the pregnant “Unexpected Weight Gain” moodlet when the Abducted moodlet wears off. If you want to ensure your abduction results in pregnancy, save before this moodlet wears off and reload until the Unexpected Weight Gain moodlet appears.

After a male Sim got the “Unexpected Weight Gain” moodlet, you know he is pregnant. The Sim will put on weight quickly as the baby grows, and birth will occur 48 hours later. You’ll be asked if you want to keep the Alien Baby or send it back to its Homeworld. The choice is yours. If you keep the baby, you’ll get to pick the traits. Raising an Alien baby is no different than a human one.