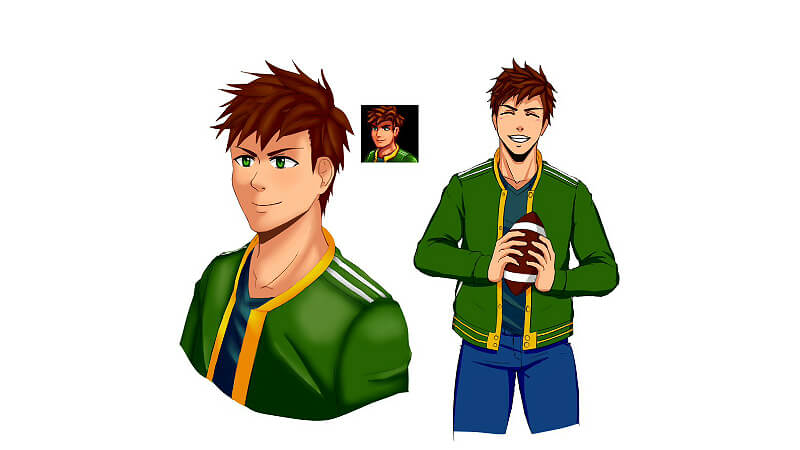 There is a game on Stardew Valley that is not only challenging, but also interesting. This game does not just allow you to grow trees or care for your pets, but you can also go fishing, engage in some interesting quests, and even kill monsters.

This game also allows you to build meaningful relationships with any boy or girl. It is indeed to be a fascinating farm game anyone can enjoy. On the issue of marriage, you are offered a simple game plan where all you need is gift to give. When you keep at it up to three times each week, you can build your friendship points which will enable you to increase the value of your relationships.

Giving gifts during birthday celebrations is a nice option, and you can be rewarded with eight-times worth the reactions. However, you must discern what to give and what to conserve because each character has his/her likes and dislikes. To make things easy for you, we have analyzed a list of best gifts, including schedules, so that you could brace up and meet someone special to you.

There will be frequent introductions of Stardew Valley heart events. One notable character is Alex who is a strong, hardworking, and very handsome young man that is eligible to marry. He is the dream guy in Stardew Valley. He is self-confident and loves sports as well.

Alex has some hidden talents that yearn to be discovered, what will they be? 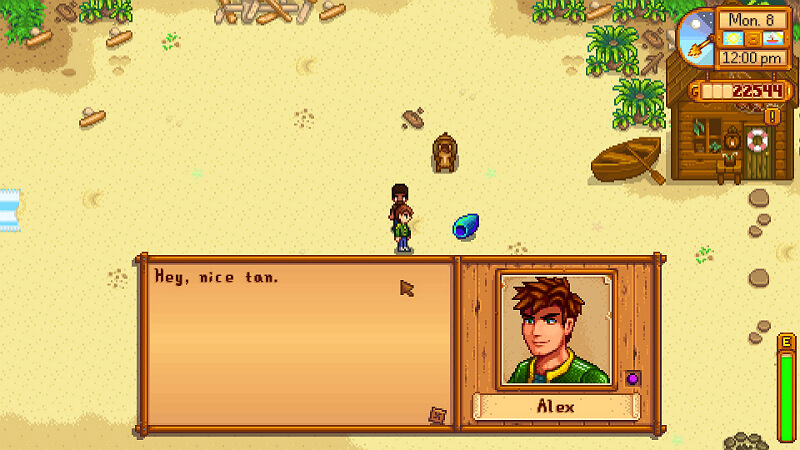 During the spring season, Alex leaves his home by 8 AM and sits under the tree close to his home. He leaves by 1:20 PM and arrives at the dog den by 4 PM. By 6:30 PM, he is resting at home.

During the summer season, you can find him on the beach anytime between 8:50 AM and 12 PM. Then, he is off to work where he goes to sell some ice cream on the sand. At about 6 PM, Alex is back home again. He engages in some weightlifting, and by 7 PM, he is outside again which he later returns after an hour.

Alex can visit Emily if you’ve got nothing less than six heart points with Harley. He leaves by 4:20 PM and heads for the dog pen. He is always indoors anytime it rains, and he will be there throughout the day. However, on Tuesdays, he goes to the clinic around 11 AM.

During winter time, Alex is always indoors and rarely leaves his home. If he ever does, he will be near his home. While at home, he loves visiting the gym section of the house from 11 AM to 3 PM where he engages in heavyweights lifting. From 5:30 PM, he can be seen close to his home or even in his bedroom resting.

Alex’s love for breakfast sets and dinner is unimaginable. He is a fan of all universal loves and likes, however, he is not a fan of most fruits and some kinds of milk. He hates quartz and holly with a passion, so we advise you keep such items away from him so that he doesn’t get upset.

These will not just upset him, but your friendship worth will be drastically reduced to the barest minimum. Alex accepts up to two gifts within a week and one on his birthday. Stardew Valley Alex gifts will have the effect of eight-times along with a unique dialogue. 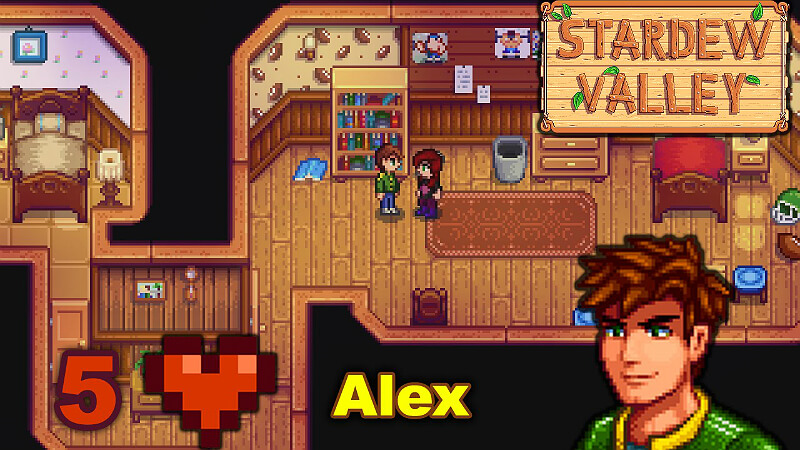 Being a hardworking and a charming bachelor, Alex is a must have for the Stardew Valley Alex marriage. He can mostly be seen playing football on the beach, and you will hear him talk about his dreams of becoming a professional footballer at two hearts. When you reach four hearts, you will see him petting his dog most especially.

Alex is a nice marriage candidate and he feels strongly about it Which he showcases in the way he reacts and gives love. Alex is devoid of any family members, so this makes him an excellent option for marriage because you will be guaranteed his undivided attention all the time. During the summer while at the beach, Alex will tell you how his mother died on that date twelve years ago and about how it saddens him today. He will also play a song in memory of her. Later, at ten hearts, you will receive a letter from him inviting you to the salon.

There has been an ongoing lingering issue of overconfidence reported against Alex most times on the valley. Well, this may exist to hide other, more sensitive characters that exist in this life altogether. He is one of those that is a good candidate for marriage. Alex is particularly one of the twelve best marriage candidates in Stardew Valley among all the characters available. You can build your friendship, get married, and have a peaceful and blissful marital life with Alex. This is because he is well mannered and has good behavior amongst other characters.

Aside from this, Alex does portray a bit of arrogance, as he can be seen bragging about how he plans to become a professional athlete shortly. His friends and admirers think Alex uses sports as a camouflage to fill the void his parents left when they left him on his own during his early childhood days.

He was lonely and sought attention but found none. In the mist of his craftiness, he found love again, this time, not in humans, but in sports. He nurtured the love and watered it like a little flower in its nursery bed. Alex is indeed a notable character worthy to be called a hero. 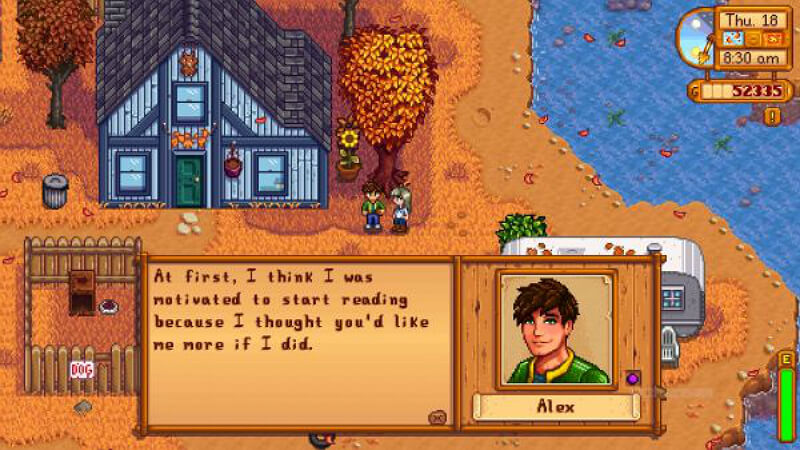 Alex grew up with his grandparents (who were named Evelyn and George) after his parents left him to be on his own. He developed a very close relationship with these people and became very fond of them. His father was an, and Alex hated him for that too. He was also verbally abusive which affected him psychologically. A few years later, his mother died and Alex had no other option than to move in with his grandparents. 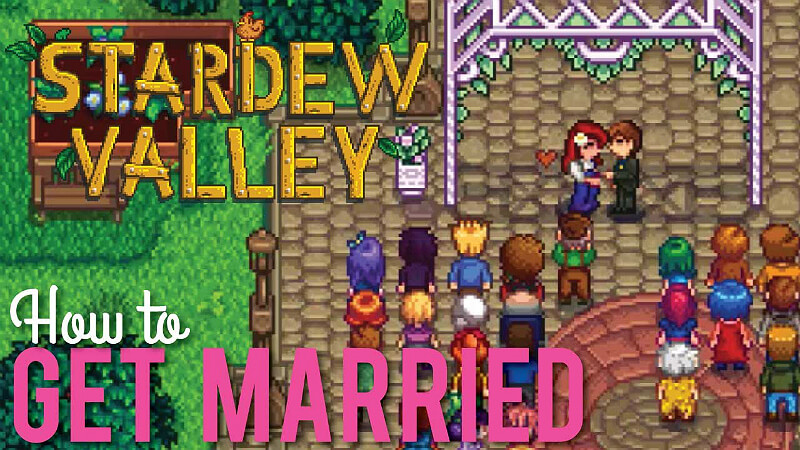 Being a good candidate for marriage, Alex will narrate how his mother died twelve years ago and talk about how he still feels sad about it. He will then ask you to watch him play a memorable song for her. On a fateful rainy day, he will go out in search of an old mariner. He will then convince the mariner to buy a jewel for 5,000g. As soon as he receives the jewel, he will agree to the marriage. Then, Alex will get married after three days of the agreement regardless of the season.

Alex will be seen moving to a farmhouse after his wedding. As is the custom for any other marriage candidate, he will increase the rooms and add his own. In addition to these, he will create a workspace close to his farmhouse. From there, he will go to the gym regularly.

Alex is a considerate husband and will occasionally be seen helping with chores in the home. He will wake up early and feed all the animals on the farm. By waking up early and watering the crops, he is able to make the job of his partner much easier than before. He will also be seen filling the dog’s bowl of food.

He will also be seen caring for the basic needs around the home and ensuring that everything is in the right order and state. Alex is indeed a hardworking character that has left a good footstep for other male characters to emulate closely.